Facebook is launching its charity fundraising tools in 16 European countries. This will allow people to donate directly on their social media pages. The initiative has been available in the US for the over two years. It has proved to be very popular and more than $10 million was raised for those hit by Hurricane Harvey.

Facebook are asking Charities to sign up to be among the first in Europe to use the new functions. The new functions will allow charities to collect donations  through donate buttons which can be inserted into page headers or posts, such as videos, photos or text. There is also the options for individuals who can fundraise for a particular cause where the individual can set up their own pages.

Another option will also make it possible to add a donate button to Facebook Live broadcasts. According to a Facebook statement, this tool raised more than $450,000 [£340,000] in the US during the Ariana Grande benefit concert in June to honour victims of the Manchester terror attack. 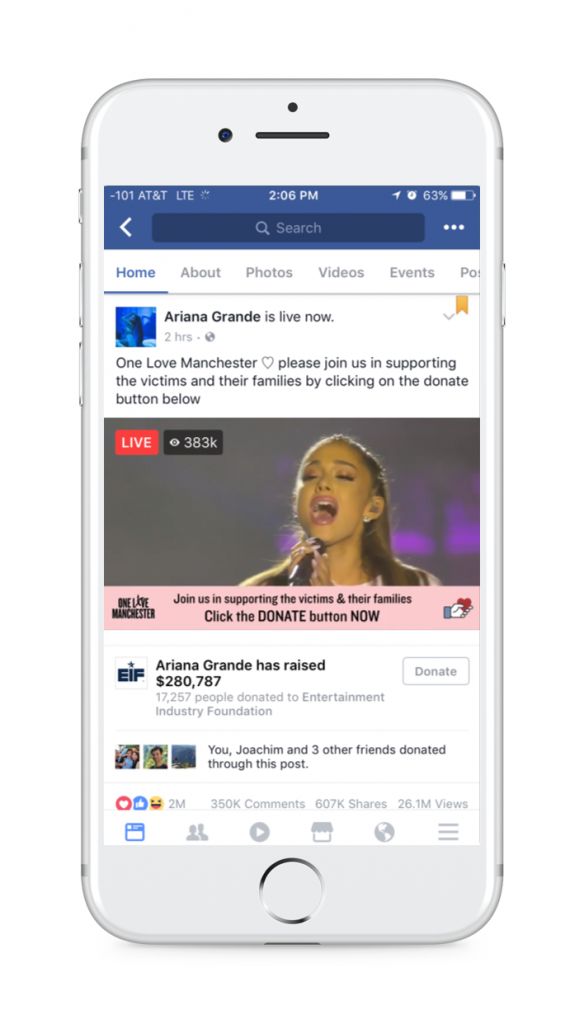 “More and more people are going live on Facebook to share their experiences. Now you and your supporters can add a donate button to live video on Facebook. Give people an inside look into your organisation and share the impact that you‘ve made. Live video fundraisers can be a powerful way to raise awareness about your cause and connect instantly with the people who care the most.”

UK organisations need to apply to take part and must be a registered UK charity. Facebook opened up a verification process this week, and the applicants need to provide financial information to show their charitable status and situation. In the UK, Facebook will work with Movember UK, Oxfam UK and Unicef UK in order to test the new tools.

Charities will be charged a 5 per cent fee on each donation: 3.5 per cent of the donation will cover the costs of vetting charities, operational costs and payment support, and 1.5 per cent will cover payment processing.

A Facebook spokesman said: “Facebook’s goal is to create a platform for good that’s sustainable over the long term, and not to make a profit from our charitable giving tools.”

The new tools have been welcomed by Institute of Fundraising Scotland Alex Close who told Third Force News: “We welcome Facebook rolling out their new donation button. It is very important for charities to have access to new technology which makes it easier for people to give to the causes they care about. This interesting development  will hopefully encourage even more charitable giving. We are eager to see how the tool develops.”