Last year, 60 lives could have been saved if everyone buckled up in Colorado.  To ensure Coloradans are using seat belts, the Colorado Department of Transportation (CDOT), Colorado State Patrol (CSP) and statewide law enforcement agencies conducted the May Mobilization Click It or Ticket enforcement period from May 22 to June 4th. Last year’s May Mobilization effort resulted in 5,983 seat belt citations, including 295 citations for unrestrained or improperly restrained children under the age of 15.

“Wearing a seat belt is the single most effective way to prevent serious injury or death on the road,” said Darrell Lingk, director of the Office of Transportation Safety at CDOT. “We encourage you to speak up if someone in your vehicle is unbuckled. By doing so you’re not being a pest – and you may save someone’s life.”

To further raise awareness during the May Mobilization enforcement period, CDOT has installed 60 wreaths along the entrance to Bandimere Speedway to draw attention to the lives that could have been saved last year if 100 percent of people buckled up in Colorado.  The wreaths will be displayed at four upcoming Bandimere Speedway events, serving as poignant reminders to the race-viewing crowds to wear seat belts. 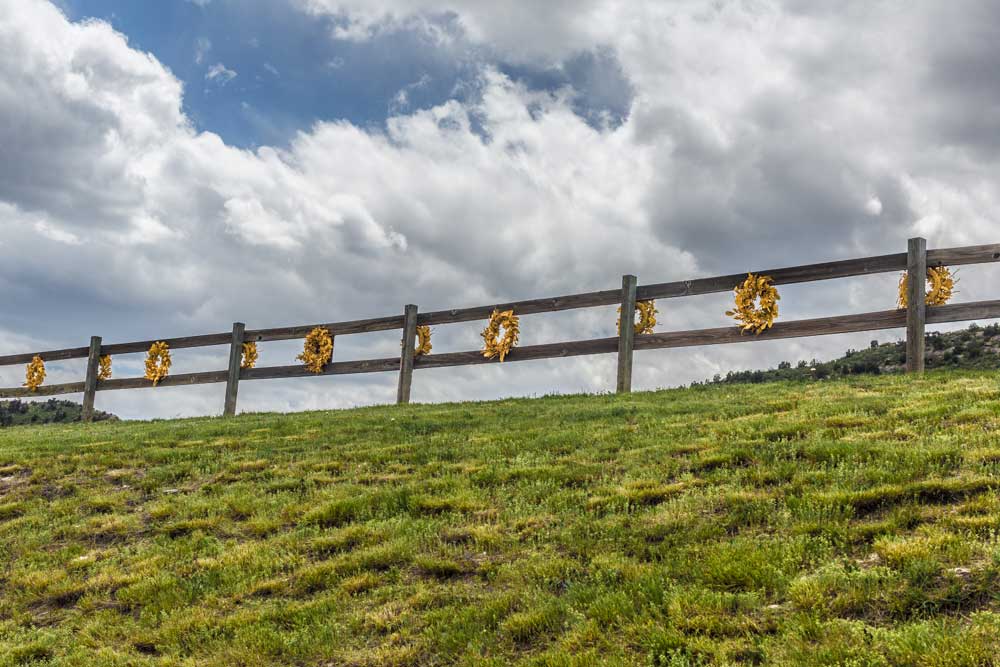 In addition to the wreaths, CDOT transformed seat belts into awareness ribbons for its ad campaign to accompany the enforcement period. The ribbons will be placed over photos of severely wrecked vehicles from real Colorado crashes where the drivers and passengers survived because they were wearing their seat belts. The images will be featured on social media and at gas stations on pump toppers, pump handles, and window clings. CDOT also developed a radio spot to remind travelers to buckle up.

“There are people who will tell you firsthand that a seat belt saved their life,” said Col. Scott Hernandez, chief of the CSP. “Crashes can happen when you least expect, so we hope everyone has their seat belt clicked in case a crash occurs.”

Fines for not buckling up start at $65, and parents or caregivers caught with an improperly restrained child can receive a minimum fine of $82.

In 2015, seat belts saved an estimated 13,941 lives nationwide, including 200 in Colorado. Last year, 180 unbuckled drivers and passengers were killed in Colorado, accounting for nearly half of all passenger vehicle traffic crashes. Learn more about seat belt safety and enforcement citation numbers at https://www.codot.gov/safety/seatbelts-carseats 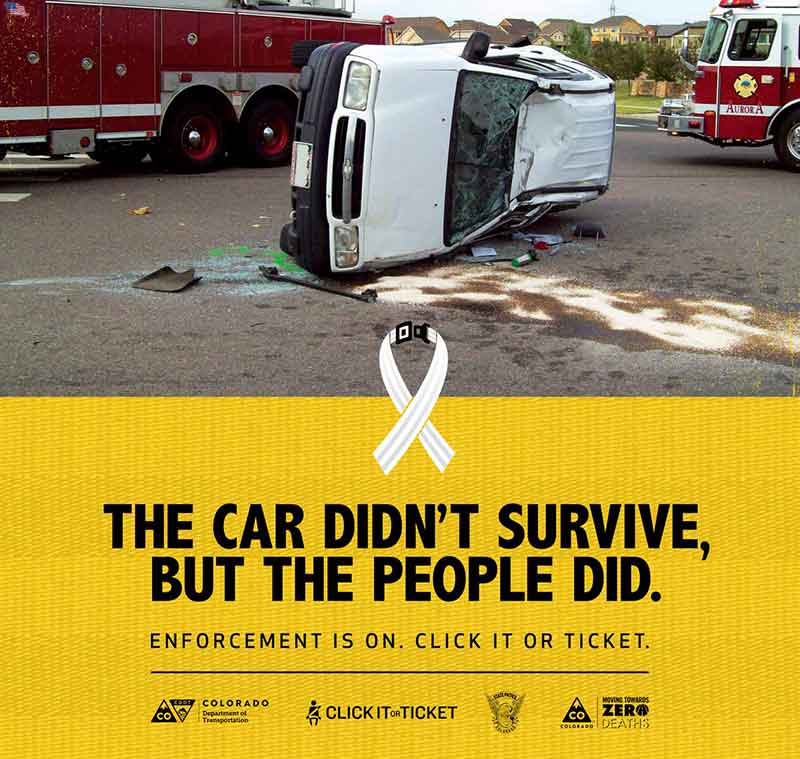