Sathviga ‘Sona’ Sridhar, a 21-year-old artist from Chennai, India, is the winner of the first ever UNICEF Climate Comic Contest for her character ‘Light’ – a half tree-half human who uses special powers to save nature from a warming planet. Sridhar was inspired to take action on climate change after her community was hit by devastating floods in 2015. Together with her family, she provided food and water to people living in severely affected neighborhoods. 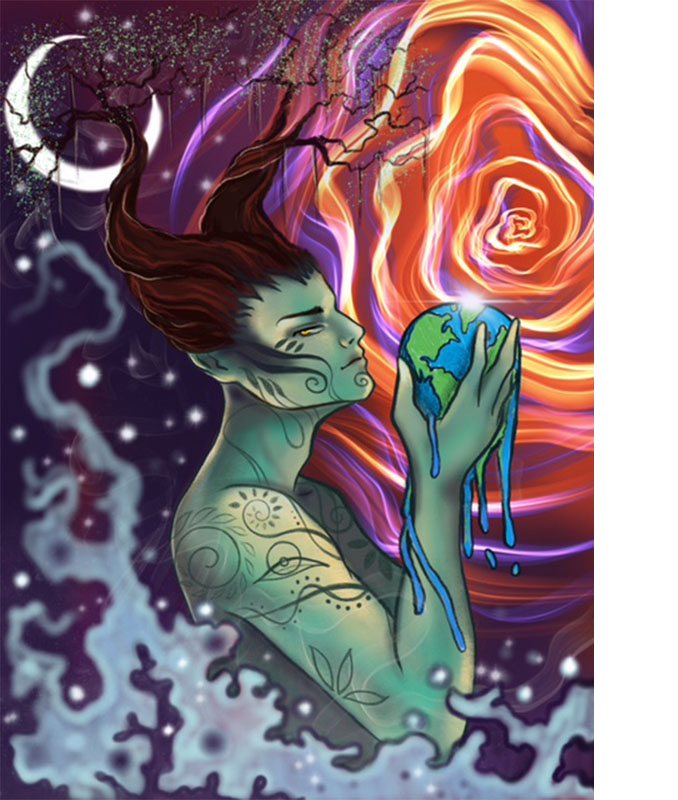 The contest was created by UNICEF to inspire and engage children and youth to take climate action through the creative medium of comic design. Nearly 2,900 submissions were entered by young people from 99 different countries and more than 21,000 votes from 162 countries were cast to determine the winner.

Sathviga’s climate superhero was declared the winner after receiving the highest number of votes from members of the public on the contest website. Sona will collaborate with a professional comic team to produce a full-length comic book featuring ‘Light’ that will be published on 22 April 2018 – Earth Day.

“I am excited to be a part of UNICEF’s initiative to create climate awareness,” said Sridhar. “I hope the superhero ‘Light’ will inspire children all over the world to act and contribute in their own small way in the fight against global warming and climate change. Living in Chennai and with constant warnings of sea levels rising due to climate change I think the time to take action is now or never.”

“The tremendous level of engagement in the Climate Comic Contest sends a loud message to world leaders that young people take the threat of climate change seriously,” said UNICEF Director of Communication Paloma Escudero. “I congratulate Sona for her creative and powerful submission and thank all the children and youth who participated in the contest.”

More information on the contest, including superhero descriptions and artwork, is available on the contest website: uni.cf/climatecomic .