Clear Channel Outdoor Holdings, Inc., one of the world’s largest outdoor advertising companies, today announced that it has entered into an agreement to irrevocably tender to sell its 50.91% stake in Clear Media Limited (“Clear Media”), an indirect, non-wholly owned subsidiary of the Company based in China, to Ever Harmonic Global Limited (“Ever Harmonic”). The Company also provided an update regarding its initiatives to increase liquidity and preserve financial flexibility in response to the impact of COVID-19 and is withdrawing its guidance for 2020, previously provided on February 27, 2020. 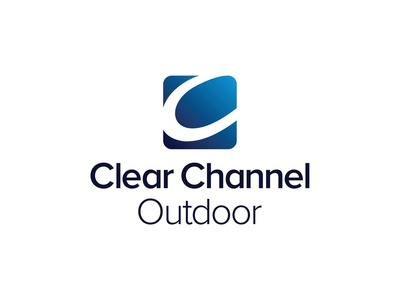 Under the terms of the Company’s agreement with Ever Harmonic, Ever Harmonic will acquire the Company’s stake in Clear Media for HK$7.12 per share, or approximately US$253 million* in cash, as part of a proposed voluntary conditional cash offer (the “Offer”) made by and on behalf of Ever Harmonic. Ever Harmonic is a special purpose vehicle wholly owned by a consortium of investors comprising Mr. Han Zi Jing (chief executive officer and an executive director of Clear Media), Antfin (Hong Kong) Holding Limited, JCDecaux Innovate Limited and China Wealth Growth Fund III L.P. This represents a premium of approximately 86.88% over the average of the closing prices of the Clear Media shares as quoted on the Hong Kong Stock Exchange for the 30 consecutive trading days prior to the announced strategic review of our investment in China on November 29, 2019. Today’s announcement is a successful milestone following the process previously disclosed on November 29, 2019 to maximize the value of the Company’s stake in Clear Media.

The Company has included revenue of US$209 million and Adjusted EBITDA of US$54 million in its results for the 12 months ended December 31, 2019 attributed to Clear Media.

The Offer is conditional upon the satisfaction or waiver of the conditions described in the announcement jointly made by Ever Harmonic and Clear Media on the Hong Kong Stock Exchange today (the “Rule 3.5 Announcement”). Based on the Hong Kong Takeovers Code, the Offer document is required to be issued within 21 days of the Rule 3.5 Announcement (unless the consent of the Hong Kong regulator to delay such issue is obtained). Clear Channel KNR Neth Antilles N.V., an indirect wholly owned subsidiary of the Company, has irrevocably undertaken to accept the Offer in respect of its entire shareholding in Clear Media within seven business days following the despatch of the Offer document and payment for the sale will be made within seven business days the date on which the Offer becomes unconditional in all respects. Further details of the Offer are described in the Rule 3.5 Announcement.

The Company intends to use the anticipated net proceeds of approximately $220 million from this transaction to improve its liquidity position and increase financial flexibility, subject to any limitations set forth in its debt agreements. Pro forma for the sale of the Company’s investment in Clear Media and the draw down on the revolving credit facility of $150 million that occurred on March 25, 2020, the amount of first lien debt as of December 31, 2019 would have been reduced to $2,666 million and the first lien net leverage ratio (FLLR) would have been 4.9x as of December 31, 2019, well below the FLLR requirement of 7.6x under the terms of the Company’s senior secured cash flow credit facilities.  See “Non-GAAP Financial Measures” below.