Most people know that, even in 2018, the gender pay gap is a sad reality; this is true for not only Brazil but the whole world. What people don’t know is that women face many more challenges in the business world. Especially when it comes to entrepreneurship. Women entrepreneurs receive only 7% of venture capital raised each year, 14% of loans and 5% of government grants. Knowing this, the new Forbes Brazil magazine campaign chose to tackle that head-on, once again, with Ogilvy Brazil’s partnership.

Following the awarded 2017 campaign, “Forbes Women II” brings again female versions of some of the most iconic billionaires on its list. The insight is that if some billionaires were women, their respective companies wouldn’t exist and they would be clients of their competitors. The reality is, this has anything to do with women’s capabilities. It’s due to the lack of incentives, a reflection of the sexism seen in the workforce. 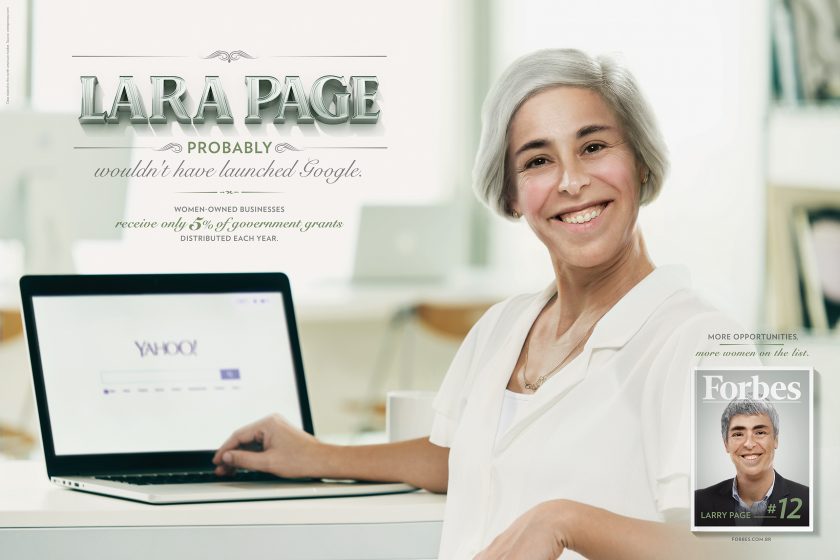 Antonio Camarotti, Forbes Brazil Magazine’s CEO, commented: “Last year, our campaign was a great success, being awarded multiple times, because it called attention to the serious problem that is wage gap. The disparity between men and women in the workforce is still an issue. Our campaign once again reinforces Forbes Brazil’s position against gender inequality”.