Independent craft brewer, BrewDog have announced that it will give away 20% of its profits every year; 10 per cent will be shared equally among its staff, and a further 10 per cent will be issued to charities chosen by the brewer’s 1,000-strong workforce and 57,000 Equity Punk investors

BrewDog’s approach to business has followed an anti-establishment route over the past 10 years since its inception in 2007, and its Equity for Punks crowdfunding programme is what has powered the brewer’s unprecedented growth. If the brewer achieves its projected targets, BrewDog will give away in excess of £45million via the Unicorn Fund in the next 5 years alone.

According to BrewDog cofounder James Watt:

“At BrewDog, we care about two things above all else; our beer and our people. We want to make the best beers on the planet, we want to be the best company to work for, and we want to build a radically new type of business that we can all be proud of. Giving away 20% of our profits – forever – is not about altruism. It is about impact. It’s not about profits. It is about purpose. This is the biggest community-fuelled, crowdfunded charity contribution in history.”

BrewDog also plans to inspire other businesses to follow suit, challenging the impact a CSR policy can really have.

“Outdated CSR policies have zero consideration for their real-world impact, existing merely for the purpose of an oversized cheque and an awkward photo shoot” he added. “This is a call to arms for businesses to democratise the impact their charitable contributions can have on their community, their people, and the world.”

BrewDog has been the fastest growing food and drinks company in the UK for the last five years*, and its rapid growth has been underpinned by strong profits, most recently, £7.1 million in 2016. Of the total 10 per cent of profits donated to good causes, five per cent will go to charities chosen by BrewDog’s Equity Punk investors, and five per cent will be issued to charities chosen by its global team of employees. The balance of BrewDog’s profits will be reinvested back into the business for at least the next seven years.

In order toallocate the Unicorn Fund, BrewDog’s teams and Equity Punk shareholders will be given access to an online platform where they canassign their portion of funds to charities of their choosing, comprised of seven ‘spotlight’ charities, and 13 additional charities. Any funds not allocated voluntarily by staff and Equity Punks from their allowances will be automatically distributed to the seven spotlight charities. 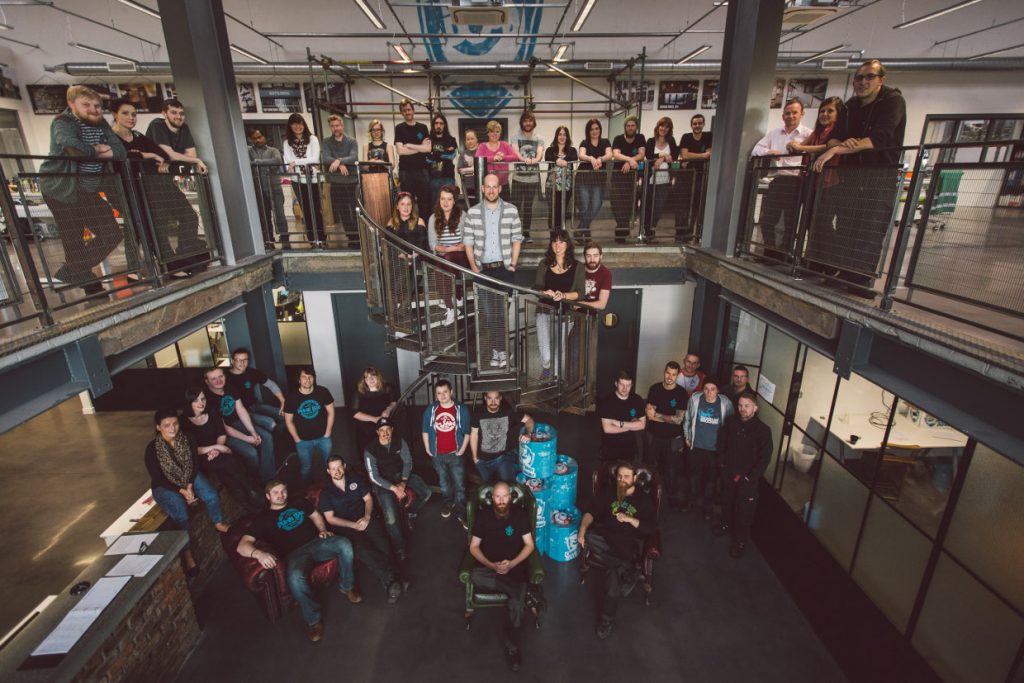 Believing that craft beer can be a gateway to new ideas and a platform for change, BrewDog has form for integrating a charity element to its beer releases where possible. In 2014, the brewer released Hello My Name Is Vladimir, which supported LGBT communities under threat from persecution under new laws introduced by the Russian government in the shadow of the Sochi Winter Olympics. A year later,the brewer created the world’s first ‘transgender’ beer, No Label, in collaboration with LGBTQI+ organisation The Queer Embassy to support diversity and challenge taboos surrounding gender identity. The beer was brewed with hops that had undergone a hermaphroditic sex change.

Most recently, BrewDog has established a partnership with the Brewgooder Foundation, working with the team behind Social Bite to brew Clean Water Lager at its Ellon brewery. One hundred per cent of profits from the beer are donated to water projects around the world, helping to ensure communities in developing countries have access to clean water.

“In our tenth year at BrewDog, we hope to inspire a new kind of business with the Unicorn Fund; one that doesn’t measure profit in purely monetary terms. Our mission for the next decade at BrewDog is not simply to redefine the beer industry, but to redefine industry itself.”

The charity selection platform will launch in September.

Brewdog have been criticised recently for some of their past marketing and business decisions so it’s great to see a company who were originally such a marketing tour de force looking at different ways for companies to approach to CSR. As a fan of both their beer and many of their earlier marketing strategies I will be following this story carefully.