All girls have rights, but not all girls get to experience them.

These statistics are what the Global Girls’ Bill of Rights – a declaration of the rights all girls are entitled to – is setting out to change. Written by girls, for girls, it was unveiled on October 10, at the United Nations to the UN Women Executive Director. On October 11, International Day of the Girl, the girls presented the bill to the Deputy Secretary General, where they asked how their voices will be incorporated into the greater UN agenda moving forward. 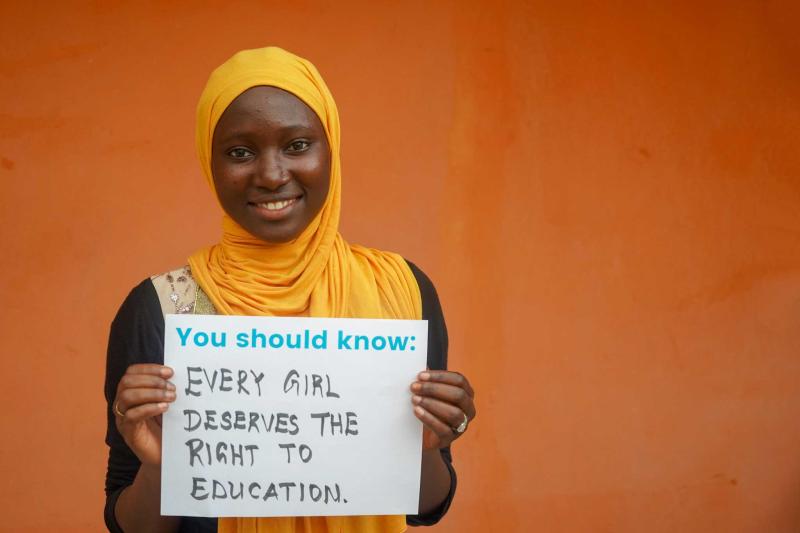 “For too long, the world has talked about what girls need and want, without ever asking them,” says Christen Brandt, She’s the First co-founder and Chief Programs Officer, and Tammy Tibbetts, She’s the First co-founder and CEO. “The Global Girls’ Bill of Rights not only outlines girls’ priorities, it also serves as a declaration that girls demand to be part of the conversations impacting them most.”

The Global Girls’ Bill of Rights was organized by a consortium of girls’ organizations from around the globe. The lead organizer She’s the First (STF), teamed up with Akili Dada and MAIA, local organizations in Kenya and Guatemala, respectively, to mobilize girls and girl-led organizations behind the Bill.

More than 1,000 girls ages 13-22, representing nearly 40 countries and five languages, submitted the rights most important to them via GirlsBillofRights.org and grassroots organizations helped reach girls in communities without Internet access.