Skip to content
You are here
Greenpeace has launched a global campaign for an Antarctic Sanctuary, covering 1.8 million square kilometres of ocean, to protect whales, penguins and other wildlife.

Following a failure to agree strong marine protection in the East Antarctic, Greenpeace has called for governments to show “greater vision and ambition” in the coming year and create the largest protected area on Earth: an Antarctic Ocean Sanctuary. 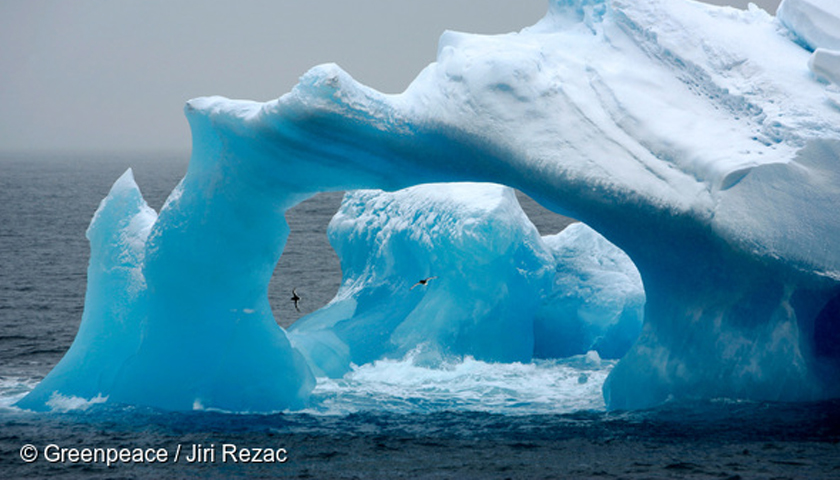 The Antarctic Sanctuary would be five times the size of Germany, in the Weddell Sea, next to the Antarctic peninsula.

“Over the next 12 months we have an opportunity to make history: to create an Antarctic Ocean Sanctuary which would be the largest protected area on Earth’ said Frida Bengtsson, head of Greenpeace’s Antarctic Campaign. “Ocean sanctuaries not only protect incredible wildlife like whales and penguins, but they ensure healthy oceans which soak up carbon dioxide and help us to tackle climate change.” 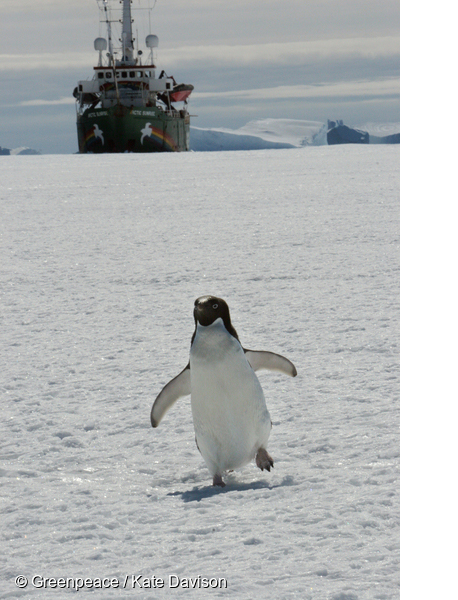 The proposal, submitted by the EU and championed by the German Government, will be considered in October 2018 by the governments responsible for management of the Antarctic marine environment (CCAMLR), which have just concluded this year’s proceedings, having failed to agree strong marine protection in the East Antarctic.

“From great blue whales to vast colonies of Emperor and Adélie penguins, Antarctic wildlife is already under acute pressure from climate change and now industrial fishing vessels are vacuuming up the tiny shrimp-like krill which Antarctic life relies upon. The fishing industry simply can’t be allowed to expand their operations and steal food from threatened penguins and whales. We now have a unique opportunity to make sure that doesn’t happen,” said Bengtsson.

“We have just 12 months to create the largest protected area on Earth. With almost half our planet made up of waters outside of national borders, and an urgent global need for more large ocean sanctuaries, governments now need to show greater vision and ambition to protect what belongs to us all.”

Alex Rogers, Professor of Conservation Biology, University of Oxford said:  “If we’re going to avoid the worst effects of climate change and protect biodiversity we need to safeguard more than 30% of our oceans and the Antarctic is a fantastic place to start. Threats to the Antarctic are increasing, such as climate change and pollution, including from plastics and fishing. Creating large marine reserves can allow these ecosystems to remain in a fully diverse and functional state. Furthermore, the importance of Antarctic ecosystems in sequestering carbon is only now being realised. There is a narrow window of time for governments to work together to protect the oceans so the time for action is now.”