Jaguar Land Rover announces a global upskilling drive, in a bid to train 29,000 people in the next three years for its connected and data capabilities, and to support the rapid transition to electrification.

The company’s Future Skills Programme will see more than 10,000 Jaguar Land Rover and franchised retailer employees in the UK, and nearly 19,000 across the rest of the world trained in skills vital to electrification, digital and autonomous cars. This underlines the company’s commitment to developing its future engineering and manufacturing skills and supports the delivery of Jaguar Land Rover’s net zero targets.

“Our plans to electrify our product portfolio are running at pace, and we are rapidly scaling up our future skills training programme to ensure we have the right talent to deliver the world’s most desirable modern luxury electric vehicles.
Barbara Bergmeier,  Jaguar Land Rover Industrial Operations Executive Director 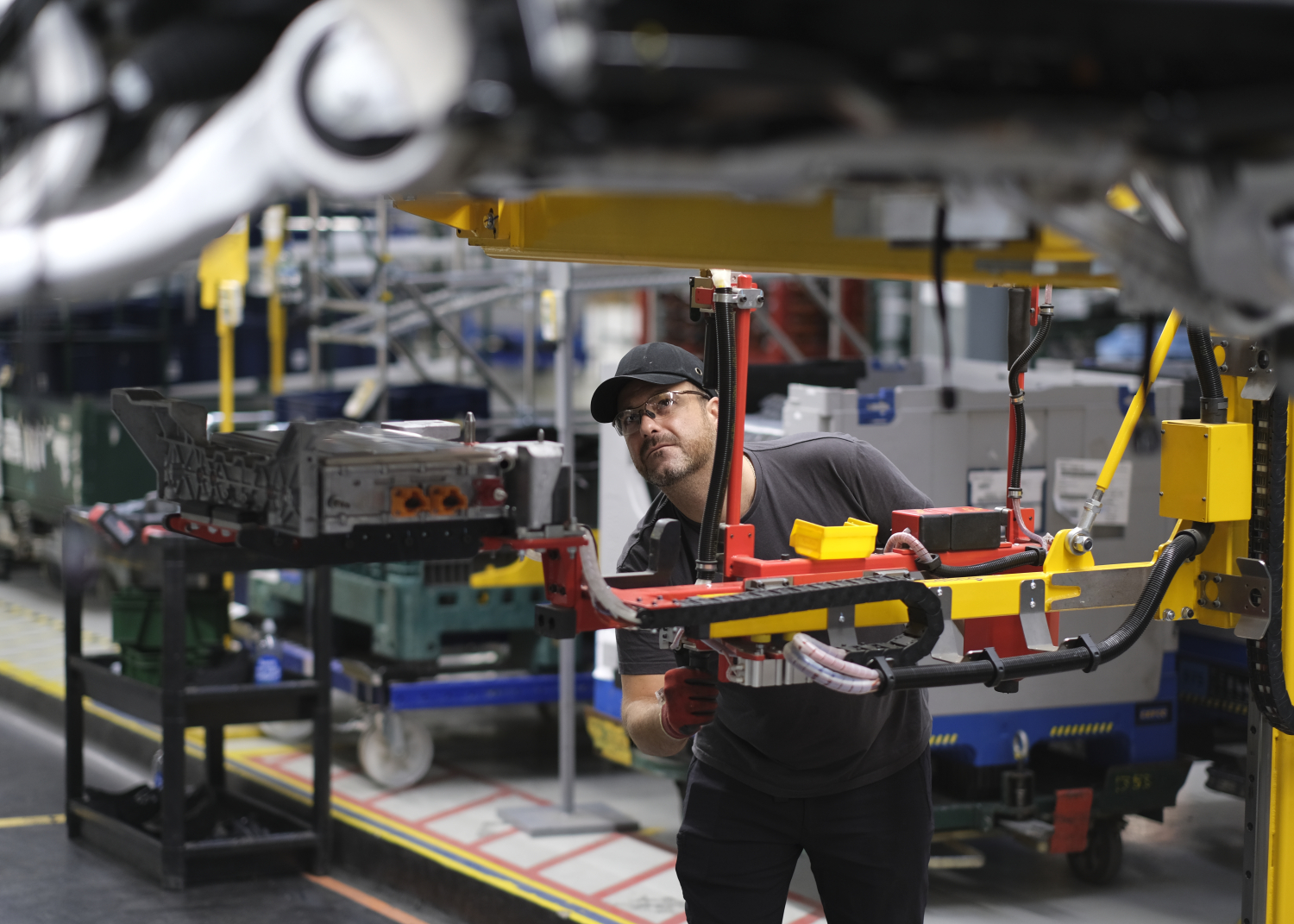 Developing the skilled global workforces needed to design, build and maintain the vehicles of the future is foundational. I’m proud to say we are committing to help plug the electric and digital skills gap with a comprehensive, global training programme, which will power charge electrification both here in the UK and abroad.
Barbara Bergmeier, Jaguar Land Rover Industrial Operations Executive Director

The Future Skills Programme is key to the success of Jaguar Land Rover’s Reimagine strategy, which will see all Jaguar and Land Rover modern luxury cars available in pure electric form by the end of the decade.

Currently around 80 per cent of nearly 1,300 franchised Jaguar Land Rover retailers around the world offer electric vehicle servicing, so to tackle the skills gaps, the company is ensuring the majority of servicing technicians will receive electrification training this year.

As well as technicians, Jaguar Land Rover plans to retrain thousands of highly skilled automotive engineers and production employees, who previously worked on the development of internal combustion cars, to specialise in electrification, digital and autonomous cars.

As the production of electric cars at Jaguar Land Rover plants ramps up, plant employees at all levels will require training to ensure they can work safely alongside the high voltage systems in electric vehicles.

Karl ’Freddy’ Gunnarsson, a Jaguar Land Rover Lead Cell Engineer, was part of the Emissions After Treatment team in his first role, working on diesel catalytic converters. He joined the Battery Cell Team in January.

One aspect of the work is Karl and his team are working to increase the energy density of Jaguar Land Rover batteries to maximise the vehicle range. This is partly achieved by changing the cell format, which allows for packing more cells into the battery, and by upgrading the cell chemistry.

He said: “The transition from working on internal combustion to electric was fairly straightforward. Both require a good understanding of material chemistry, and I was able to dedicate around 30 per cent of my time to independent learning. Now, working on electric vehicles, I can see the longevity of the programme and how it supports the company’s Reimagine strategy.”

With an eye on ensuring the next generation are also equipped with future skills, the company is also bolstering its global apprenticeship programme by adding a further 1,200 apprentices to the Jaguar Land Rover and retailers schemes around the world.