Charities rose to the fifth most trusted public institution last year with trust levels peaking at 64% according to the Trust in Charity report for 2017 according to nfpSynergy. 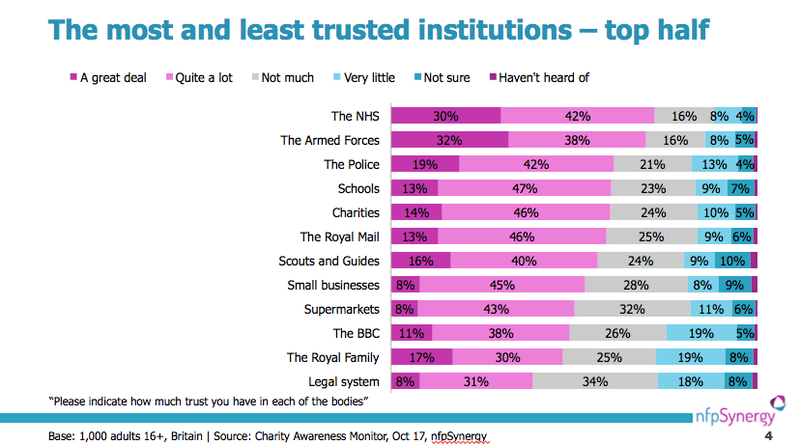 Below are a few key findings. To see the report in full, please visit nfpSynergy’s webpage. 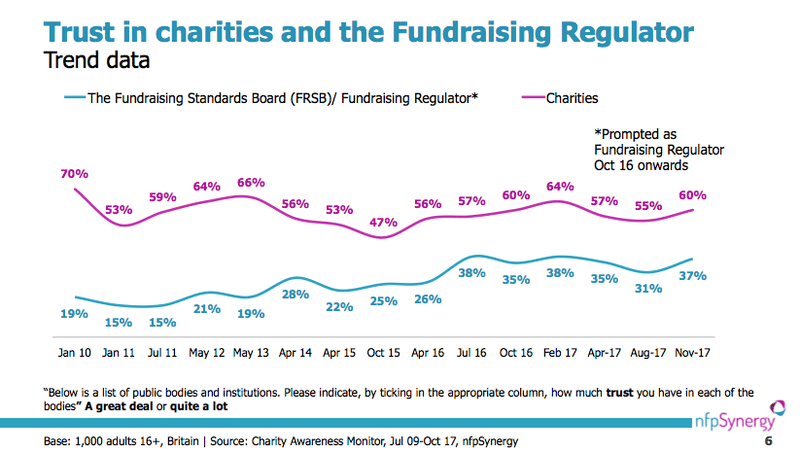 nfpSynergy says that there is no evidence that increases or decreases in trust in the general public have had any impact on levels of giving or volunteering.

nfpSynergy surveyed online 1000 people representative of the UK population by age, gender and social class for the survey, in February, April, August and November 2017.