The results of a new VICE UK survey, which found that nearly two-thirds of recreational drug users don’t care that the drugs they take are illegal. Vice tell us:

“If drugs are available – and they are, to literally anyone with phone signal – people will use them, despite lawmakers, the police and their mums telling them not to. Ask the toilet attendant of any high-street chain pub and they will confirm this to be true.

So if we’re going to use drugs regardless of how legally frowned upon they are, surely we should know how to use them in the safest possible way. That’s our editorial stance at VICE, acknowledging that sometimes people do choose pills over pints, and so deserve honest, realistic advice on how to minimise the risks that come with that choice.”

Vice are putting that stance into practice with the launch of their new harm reduction campaign, Safe Sesh. 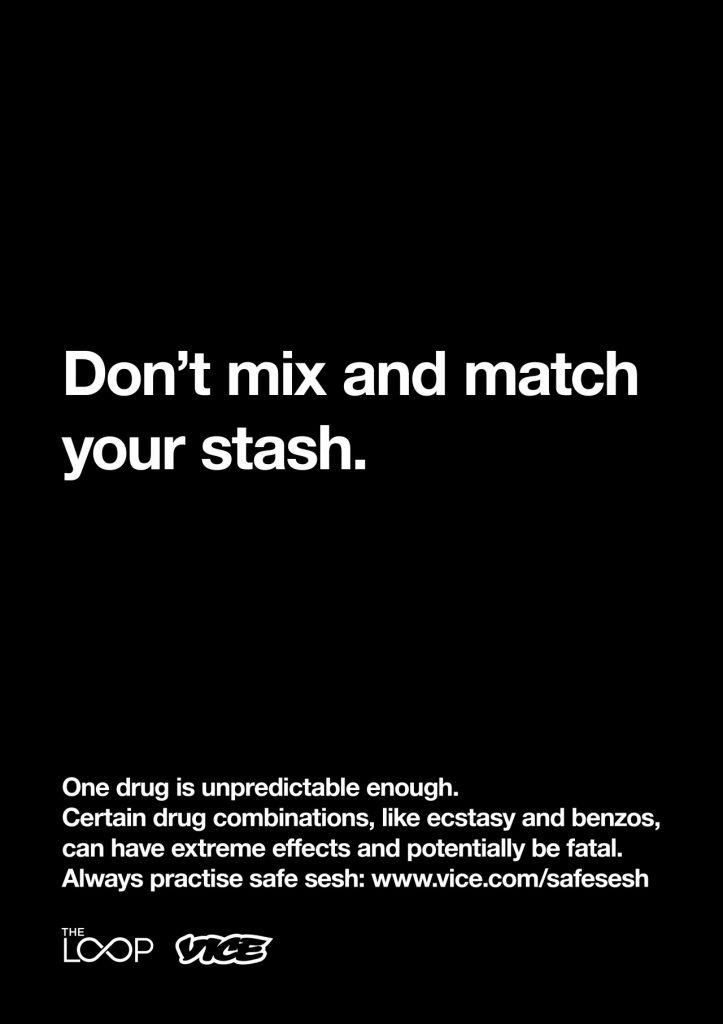 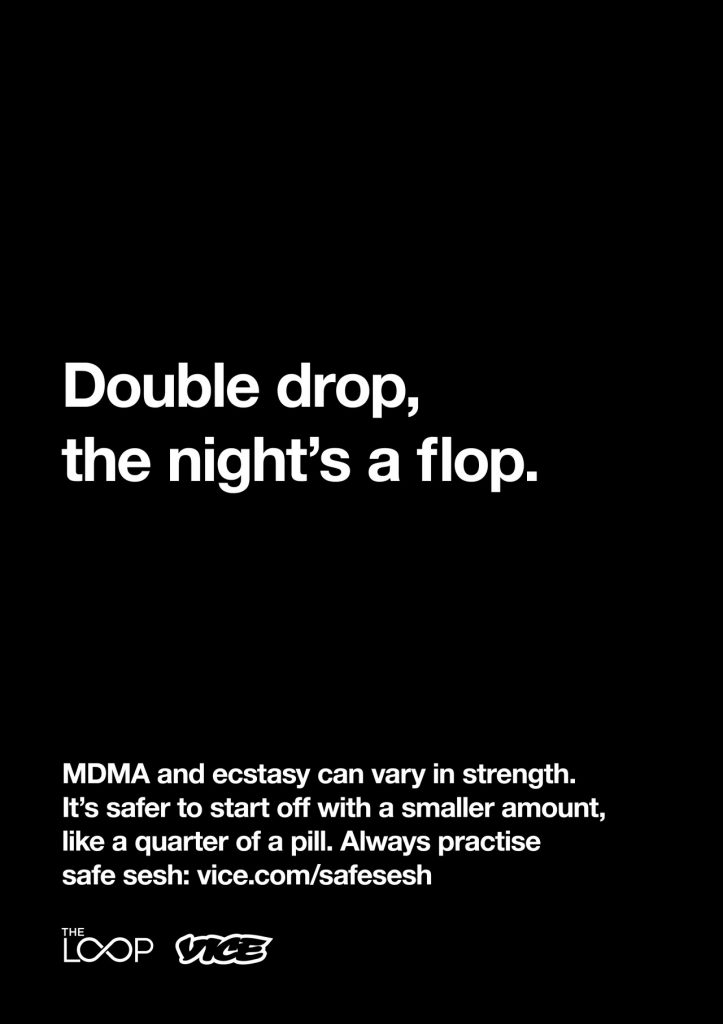 Over the course of the coming months, in collaboration with the Royal Society for Public Health and drug testing organisation The Loop, Vice will be offering information and advice to millions of young people – because, they believe the conversation around drug taking could do with an update. The Vice survey showed that 62 percent of young people believe the government’s current approach to drugs is ineffective, with 75 percent of respondents saying there should be more focus on the treatment and rehabilitation of drug users.

“The government’s decades-old attitude – that the safest way to use drugs is to simply not use them at all – might be quaintly optimistic, like telling hormonal teenagers that the best way to avoid chlamydia or the unwanted creation of a new human being is to just not have sex. But also: it’s absolutely not working.

In 2015, the last year for which statistics are available, there were a record number of drug-related deaths in the UK, surpassing the amount of road traffic deaths for the first time ever. And as various drugs get stronger and easier to come by, thanks to the dark web and social media, hospitalisations are also on the rise, as are drug-related mental health issues.

Today, the Home Office released its new drugs strategy after a 15-month delay. The report goes some way towards addressing the rise in deaths, promising to ring-fence funding for local drug services. But really, it’s just much of the same old stuff. None of the progressive – and successful – harm reduction techniques adopted around the world get a look in, and no mention is made of recreational drug use, despite the rising purity of popular drugs like MDMA and cocaine, and the fact they’re still as popular as ever.

It’s this refusal to engage with the reality of drug taking that puts more people at risk. We can’t pretend people don’t use these drugs. They do. And if the right advice reached the right people, so many of the issues drug users tend to encounter could be avoided.” 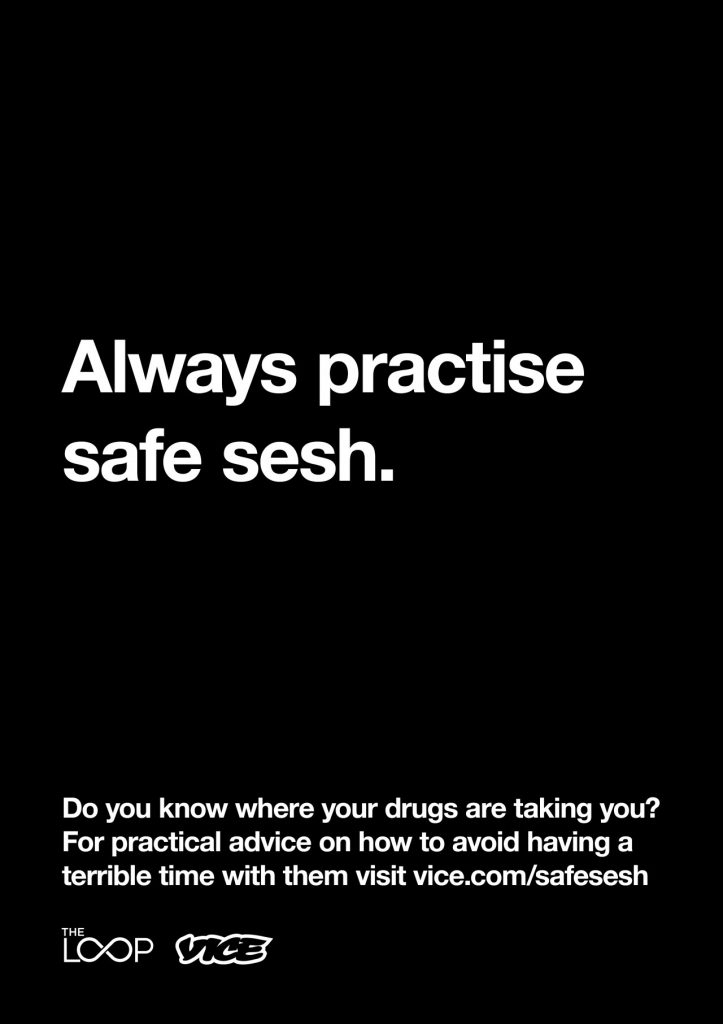 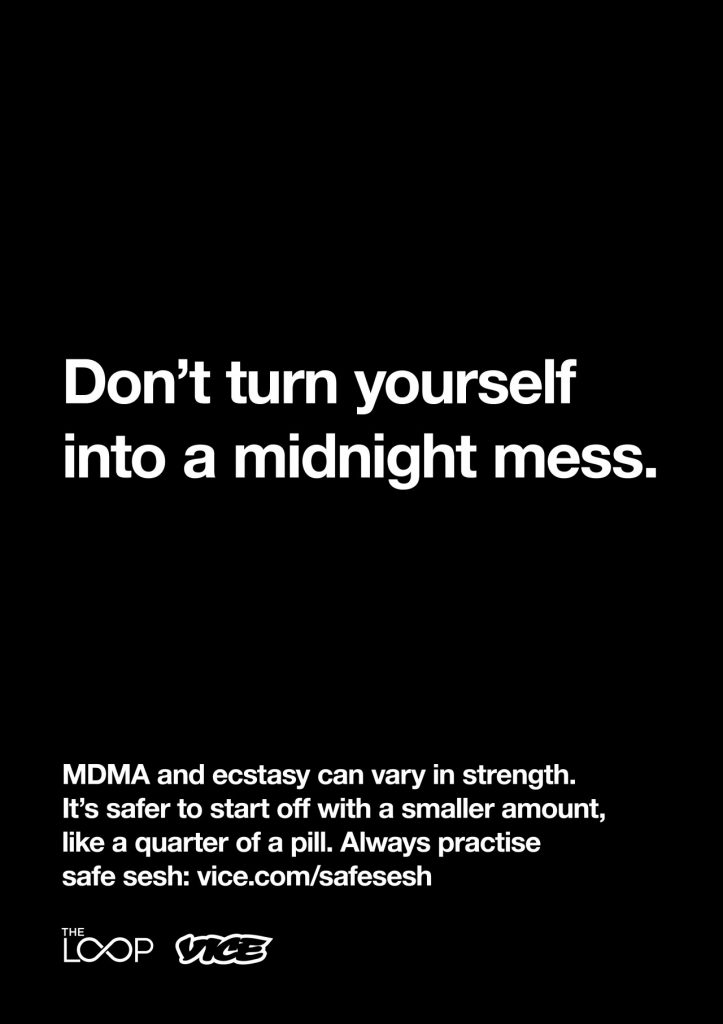 The first element of the new Safe Sesh campaign is an editorial series examining safer drug use from every conceivable angle, offering practical harm reduction tips and examining the many factors conspiring to make drug use more dangerous than it needs to be. The series looks at such issues as Sniffer dogs, for instance – are they actually more of a hindrance than a help, encouraging people to neck all their drugs at once? Universities – why aren’t they doing more to keep their students safe? And drug dealers – do they really care about their clients or what’s in the drugs they sell?

After this Vice are heading to a number of universities and festivals, including Lovebox Festival, Boomtown and Secret Garden Party, to take harm reduction messages directly to the people who need them most.

As well as the editorials Safe Sesh includes an seven original short films, a series of motion graphics animations to be distributed across Instagram Stories and Snapchat, and posters with slogans such as ‘It’s Paul from Potters Bar, not Pablo Escobar’, ‘Always Practice Safe Sesh’ and ‘Double drop, the night’s a flop’ to be distributed at UK festivals, universities and clubs over the summer. 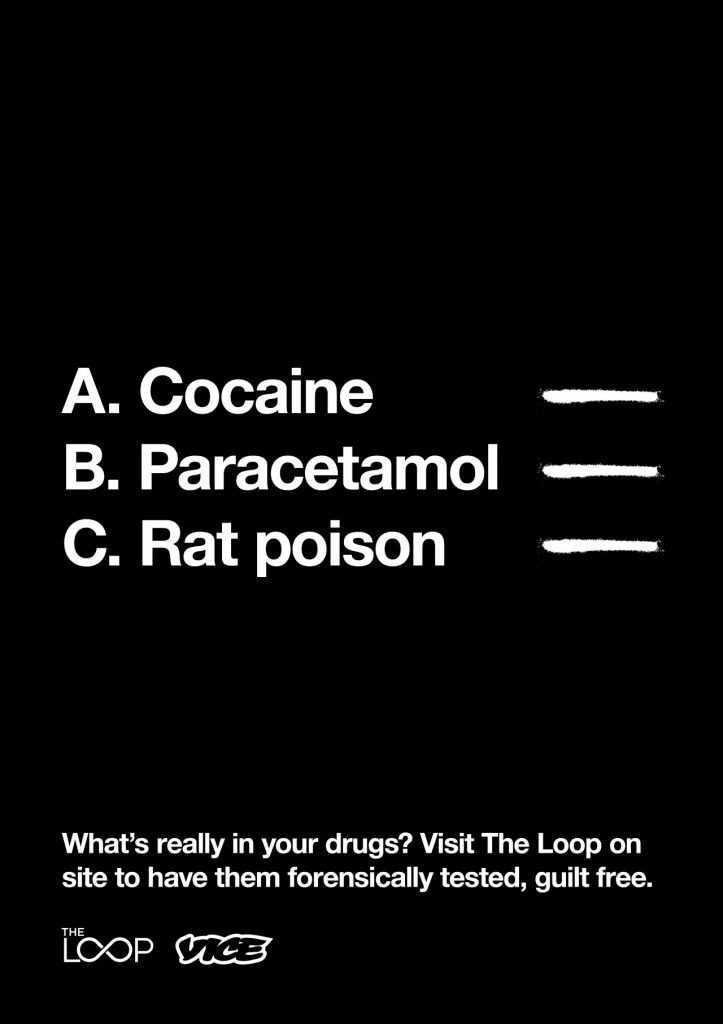 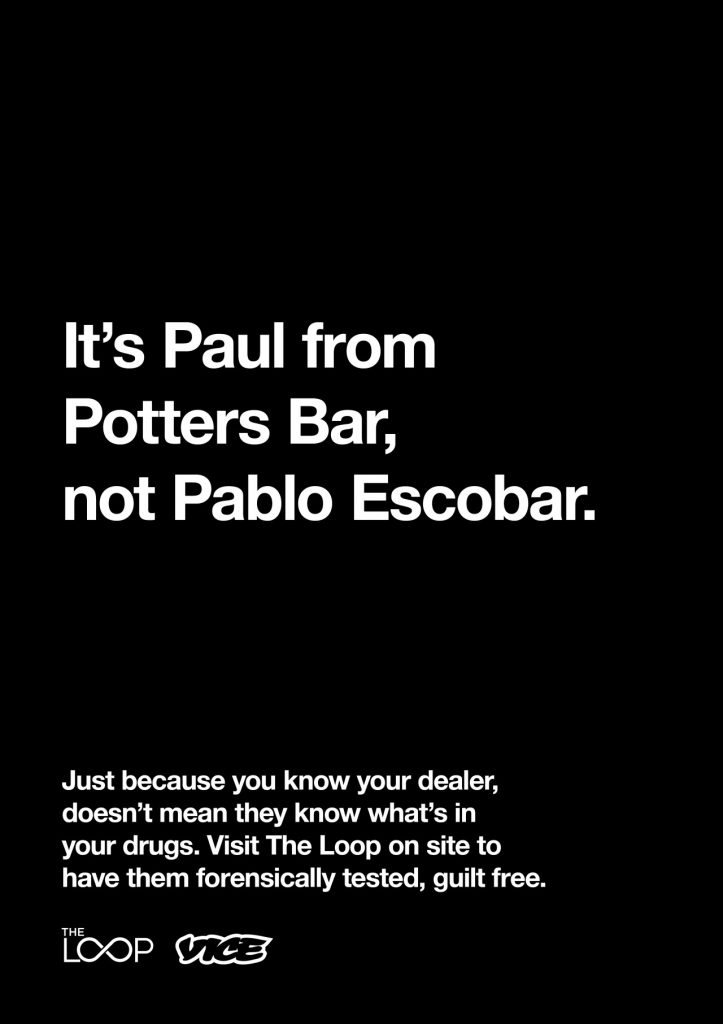