The Drum Marketing Awards are one of the industry’s most sought after accolades. Although there are many great agencies with great campaigns out there vying for a gong., I thought it might be nice to concentrate on the Cause Related Marketing Strategy of the Year. I will try to put together some info about the campaign and where possible some information from those behind it.

Collect+ and Hands On London – Wrap Up London.

Wrap Up London is a campaign run by Hands on London to collect coats across London for the city’s homeless and most vulnerable residents.  Previously donations were collected at stations but Collect+ saw an opportunity to make it easier for supporters to donate by offering their network of 6,000 stores as free drop off points, taking a London-centric campaign nationwide. A video was made using Kristabel Plummer, the blogger behind the popular I want you to know blog, she blogged and tweeted about it.

Got a few too many coats? You can now donate unwanted ones to @WrapUpLondon via @CollectPlus, it's free & easy! #ad https://t.co/2V6mpBgGMC

Jon Meech from Hands on London told us:

“Wrap Up London started 6 years ago in 2011. Its mission is to provide a simple way in which people can give as little as 2hours of their time to help address one of the pressing problems of the city. Warm coat collections are common in the United States, but at the time unheard of in the UK. The campaign has grown massively. Last November, 850 volunteers joined us and nearly 160 city business held in house collections. With our main collections at peak tube stations and a postal option made available by Collectplus, we were able to collect and distribute 22,500 warm coats to 100 city charities supporting the most vulnerable in the city. The campaign is almost totally volunteer lead. ”

“CollectPlus has supported the Wrap Up London campaign since 2015 when we were first introduced to the fantastic work of Hands On London through our partners at WN Direct. Supporting the coat drive campaign was a no-brainer for us – by allowing people from all over the country to donate coats at any of our 6,000+ CollectPlus locations at a time that suited them, we were able to extend the campaign beyond London’s borders, helping to keep more people warm over the winter.” 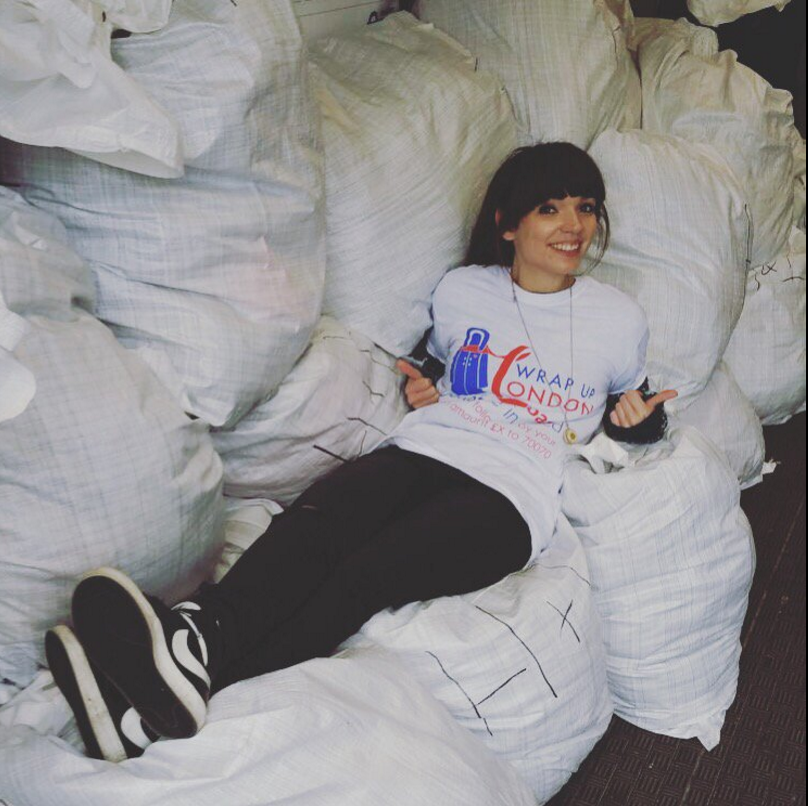 About Hands on London

Hands On London was founded in 2010 and is the local affiliate of Hands On Network (HON), the global umbrella organisation which is head-quartered and registered in the United States.

Their aim is to be the first point of contact for Londoners who want to get involved with community service. They use a tried and tested volunteerism model (over 250 locations in the US and over 60 locations in 30 other countries have benefitted from this model) which gives us the tools to enable and facilitate between volunteers and charity and community groups.

Collect+ is a parcel service that allows you to send and collect parcels wherever and whenever you want to, early ‘til late, seven days a week.

Their store network is made up of over 6,000 newsagents, convenience stores, supermarkets and petrol stations.

It’s nice to see a commercial entity work with a charity on a campaign like this to help the homeless, in recent years tehre has been a large increase in UK poverty and it is great to see people trying to help in any way they can, a nice campaign that utilised a popular influencer to help do good.