FAD (Help for Drug Addiction Foundation) has launched a new anti-drinking campaign. FAD is a private non-profit Spanish institution which Honorary Presidency is held by Her Majesty Queen Letizia and has a fundamental mission to prevent the drug consumption and other risky behaviours of adolescents,appeals to individual and collective responsibility as the only way to deal with this problem.

Saatchi & Saatchi tell us: “In other countries, everybody knows the popular saying “It’s easier said than done”. In Spain, we have a similar saying that emphasizes in the fact that from words to action there is a long road to walk. This long road is what we call in Spanish “TRECHO”.

We have created “EL TRECHO”, a popular place between saying and doing something, which we all know but until now nobody had decided to go, becomes the key to go from “SAY that no minor should drink alcohol” to “MAKE any minor drink alcohol”.

Alcohol is the drug most consumed among adolescents and young people in Spain, and the one that causes the most personal, family, economic and social damages. In addition, there is a cultural problem of a society too permissive towards the consumption and sale of alcohol to minors.”

The “EL TRECHO” campaign invites and involves the whole society: parents, brothers, friends, shopkeepers, teachers, people who pass by the side of teenagersdrinking, parents’ associations, Latin singers, doctors, etc. and encourages us to reflect on the individual and collective responsibility that we all have about the serious problem that alcohol consumption in minors supposes. 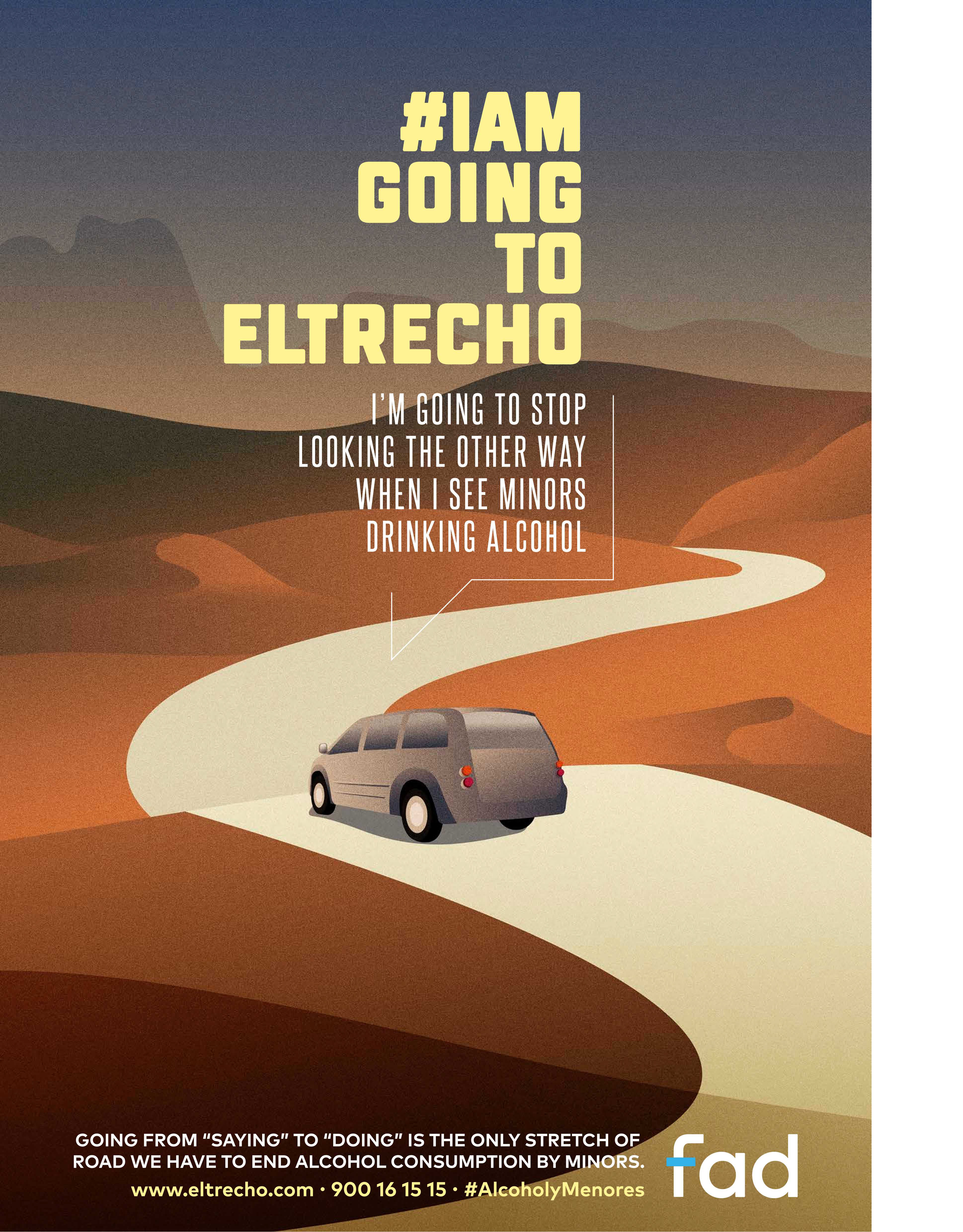 The Campaign is designed by Saatchi & Saatchi Spain, Saatchi & Saatchi continues:  “We can all do something to avoid alcohol consumption in minors, we just have to stop saying what we would do and start doing it. Because if we all DO something, we will get it for sure.

Following the line of the foundation in recent years, the campaign faces this serious problem with a positive and inspiring tone.

“EL TRECHO” appeals to collective responsibility and gives large and small, but always reachable, examples of what each of us can do to prevent minors from drinking alcohol. It is not just about saying that something must be done, it is also about showing what things can be done. From not calling your dog “Whiskey” or “Rum”to making understand that “but all of my friends drink” is not an excuse, it is a problem.

As a result, we have made a transmedia campaign that includes, in addition to five spots, a teaser, a video clip,radio spots, pieces for digital and four graphics for press and outdoor advertising. The presence in social networks will also be very important.”

“Ending alcohol consumption in children is a giant challenge, and it becomes a mountain if you think you have to do it alone. That is why we have created a campaign that invites everybody to collaboration and union. If we all do something, no matter how small, it will be easier to climb that mountain. Of course, when we say all of us, it’s all of us.”

“Why “El Trecho”? El Trecho is that path where things begin to happen, where they begin to be done, to be builded, to be devised … and it is a place where every day there are more people. We hope you all join us. The more people we are, the less children will drink.”