To support International Women’s Day today, FCB Inferno, the agency behind Sport England’s ‘This Girl Can’, is launching Queen Rules – a new way to play cards, where Queen outranks King. This campaign is designed to get the conversation about gender equality on the table. 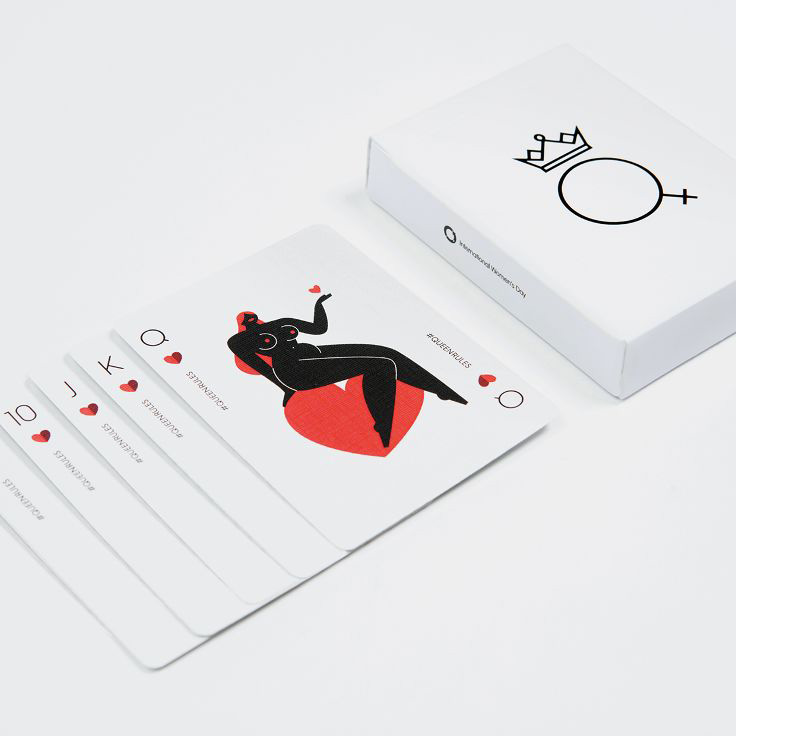 With support from Unibet, the campaign will launch with simultaneous live events and tournaments of Queen Rules poker on March 8th in London, Stockholm, Malta and more to be announced. A social experiment film, created in partnership with production company Archer’s Mark, will be released on the same day.

Competitors will be playing with limited edition cards that celebrate powerful women of all different shapes and sizes, drawn by sixteen unbelievably talented female illustrators from womenwhodraw.com, a website that champions female illustrators – especially those of colour, LBTQ+ and other minority groups.

All proceeds from the live events and merchandise, including T-shirts, art prints and playing cards, will be donated to HeForShe, a solidarity campaign for the advancement of women initiated by UN Women. We truly believe that play can be a powerful tool for change, and hope that with enough support for the campaign, we can help fight for a fairer world, one hand at a time.

The Queen Rules project started when a five-year-old girl questioned why King ranks higher than Queen in a deck of cards. This simple, yet powerful, idea is one way of sparking conversation around the unconscious gender bias that surrounds us – because sometimes the bias we don’t see, is as damaging as the bias we do.

The agency is challenging people everywhere to change how they think and play with the new rules. For examples of how to play, and which games work with Queen Rules, visit queenrulesproject.com or join the conversation with #QueenRules. 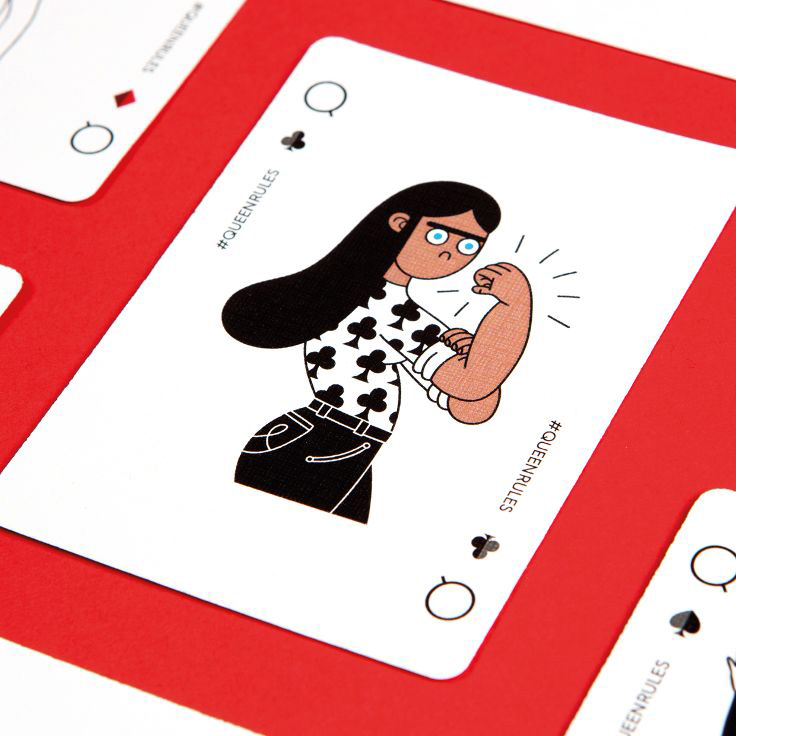 FCB Inferno’s CEO Frazer Gibney says: “It’s one small change, but one that we hope will have a big impact. If we can spark both debate and real behaviour change around unconscious and ingrained forms of gender inequality, then the campaign will have been a success.”

FCB Inferno’s CCO Owen Lee added: “This crushingly simple insight came from a five-year-old girl asking a simple question that we all struggle to answer. We are all guilty of unconscious bias and as a communications business we have a chance to do something about that. Queen Rules is a way of playing any number of card games that will change the way people think. So, the next time a little girl asks ‘Are Kings better than Queens?’, the answer will unequivocally be ‘No, it depends how you want to play the game.”

Nataly Sopacuaperu, Head of Events at Unibet says: “Unibet are proud to be involved in the Queen Rules project. It is a fantastic idea that highlights where in society we have gender bias. As a brand, our ambition is to make all of our Players feel understood, and challenging these kinds of stereotypes is one way to do this.”

Glenda Stone, Partnerships Director for International Women’s Day explains: “Challenging the status quo is an important part of the journey toward gender parity. This is what makes the Queen Rules project an exciting, innovative and powerful campaign for awareness raising. Questioning a familiar circumstance to provide an alternative is clever. Unibet and FCBInferno are clearly innovating with impact when it comes to forging and making a #PressforProgress.“