A 10-year global study that surveyed more than 1.3 million people reveals that despite a growing culture of charitable giving across dozens of countries there has been a recent downward trend in giving behaviour in some of the world’s wealthiest places.

The survey asks if people have helped a stranger, given money or volunteered for a good cause over the past month. The report identifies the 10 most generous countries over the decade of research, along with the 10 least generous. It also lists the biggest risers over the course of the study and those countries that have dropped the most during that time.

The United States of America is the world’s most generous country and seven of the 10 most generous nations are among the world’s wealthiest but the top 10 list also includes less affluent nations such as Myanmar, Sri Lanka and Indonesia. 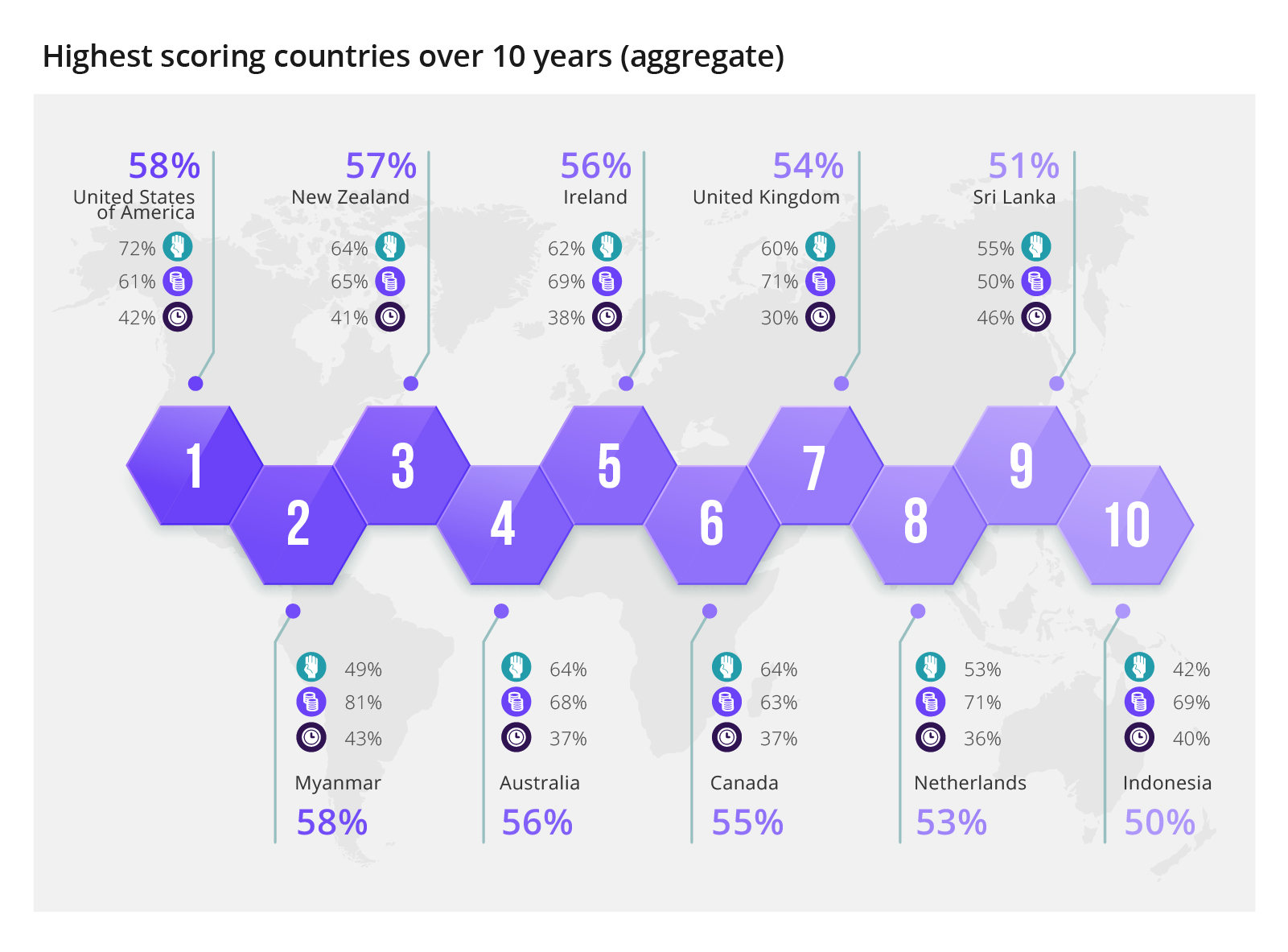 But despite the scale of generosity, the report also identifies a recent downward trend in donations in key countries with long histories of philanthropy and household charitable giving, including the UK, USA, Canada, Ireland and the Netherlands where levels of individual giving are now lower than they were in the aftermath of the financial crisis.

In the UK (ranked 7th overall), its place on the World Giving Index peaked in 2011, 2013 and 2015, echoing the trend in other large economies and the findings in CAF’s UK Giving report released earlier in 2019. The UK Giving report found a three year decline in the number of people giving to charity, although the overall amounts raised were stable as those who did give, gave more.

This year’s examination of a decade of giving is being released in the lead up to #GivingTuesday – December 3 – the global day of giving that follows Black Friday and Cyber Monday and encourages people to give their time, money or voice to a good cause.

John Low, Chief Executive of the Charities Aid Foundation, an international charity which helps people and companies to give worldwide, said:

“We are once again reminded of the kindness and generosity of people across the world as they dig deep despite uncertain times and significant geo-political unrest to give their time and money to help others.

“In taking a step back and looking at giving trends over 10 years, we have created what we hope will serve as a roadmap to continue to grow giving in all its forms across the globe. There are areas of concern, but also key moments of hope in parts of the world that have overcome true hardship.

“We know that there is no single solution to success. It is about hard work, shared values and knowing in ourselves the inherent benefit to all of us when we work to improve the lives of our friends and neighbours, and strangers who need our help.”