Don’t Panic Partners has created a new campaign for Greenpeace, in the wake of consortium of oil companies including BP and Total being weeks away from getting permission to drill for oil close to the barely explored Amazon Reef.

A consortium of oil companies including BP and Total may be only a few weeks away from getting permission to drill for oil close to the barely explored Amazon Reef. Scientific experts have raised concern about plans to drill in the Amazon Mouth Basin, as the companies admit there is up to a 30% chance of oil reaching the reef in an oil spill scenario, based on their own modelling. 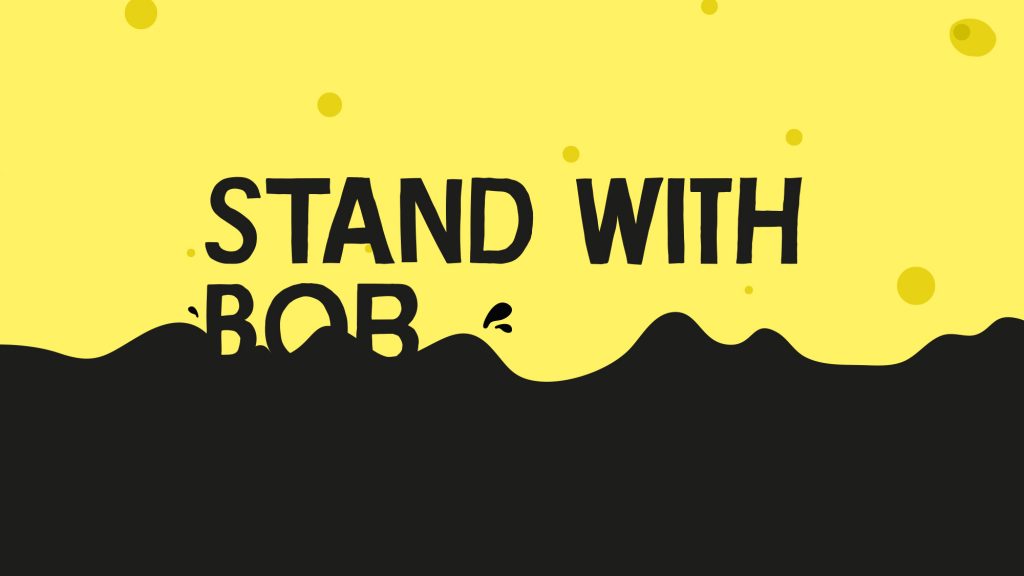 SpongeBob is placed at the heart of the campaign. SpongeBob has a history of activism, whether he’s campaigning to save an ecosystem like Jellyfish Fields, or protesting for worker’s rights against the corporate greed of Mr Krabs, so his determination to defend the Amazon Reef is in keeping with the ethos of the cartoon. Although playful at points, SpongeBob’s message is an attention grabbing cry for help, signalling the potentially catastrophic damage BP could inflict on the reef, local coastal communities, and the surrounding ecosystem if an oil spill was to occur and its careless profiteering goes unchecked. 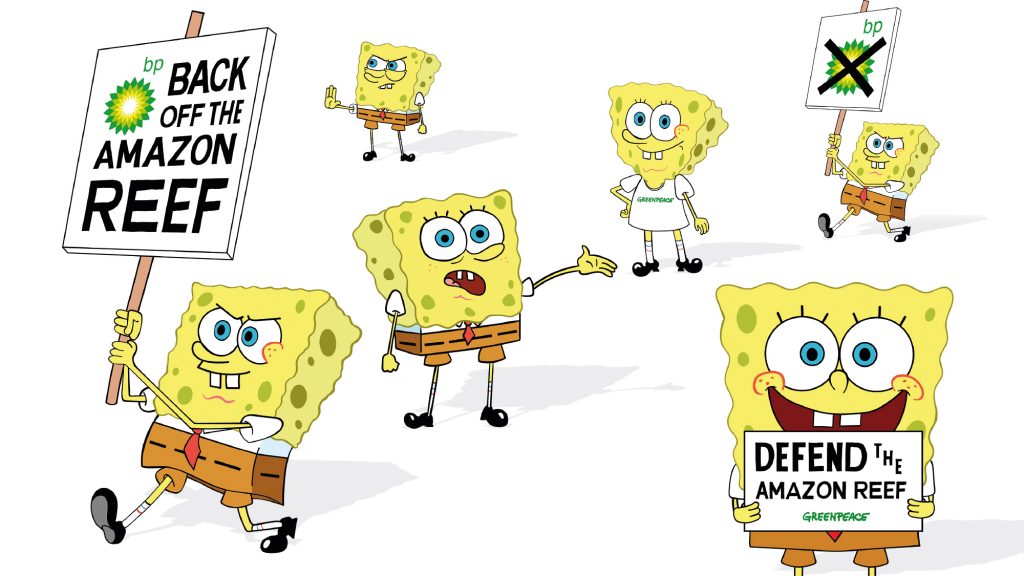 Living predominantly online, the content is highly sharable and encourages users to spread the message far and wide.

“From the very beginning Don’t Panic Partners brought an incredible amount of creativity and energy to the table. They truly inhabited the brief and delivered a pitch that was exciting, considered and full of innovative ways to approach a complex issue.”

“Don’t Panic Partners have developed an approach that brings the fantastical world of SpongeBob into the real world, to deliver a serious message.” 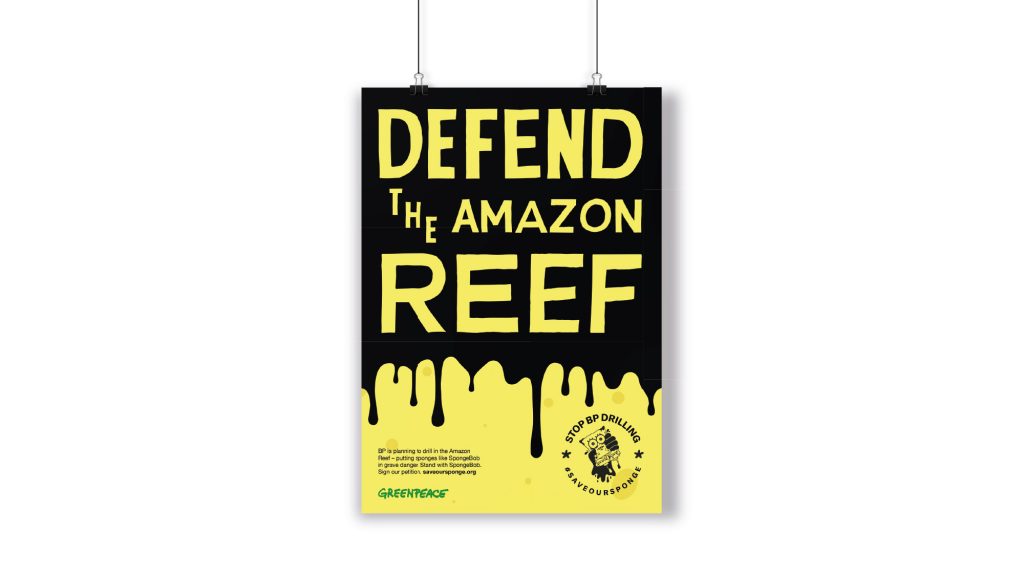 “Marine biologists are calling the Amazon Reef a new biome, a unique ecosystem, which had been thought impossible. But it is already under threat from BP and an oil industry willing to risk spills and worse in their pursuit of fuel which we cannot afford to burn. Wasting money prospecting for soon-to-be-stranded assets is unfortunate, but trashing one of the very few unexplored wonders of nature to do so would be unforgivable.”

The Amazon Reef has been identified by scientists as a unique ecosystem that exists with little sunlight, and is potentially a home to species new to science, 60 species of sea sponges and 73 species of fish already documented. The reef extends over 9500 square kilometres, an area larger than the cities of São Paulo or London, off the northern coast of Brazil. The Brazilian authorities may decide in July whether to grant licenses to oil companies to drill nearby. 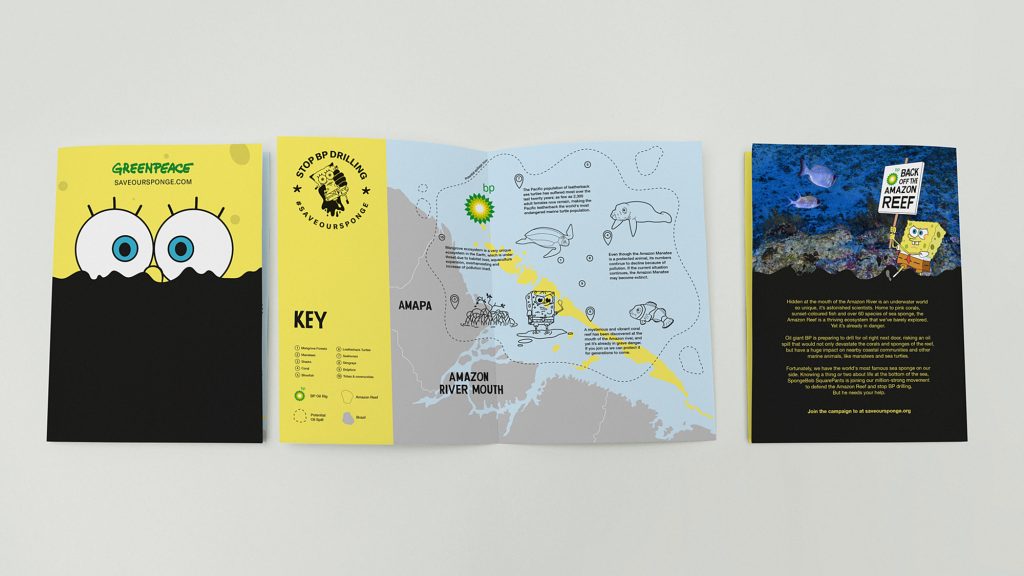 BP is the second biggest oil company in Europe and has one of the worst safety and environmental records of any major oil company operating in the United States. They were responsible for Deepwater Horizon — when 11 workers died and nearly five million gallons of crude oil were spilled into the Gulf of Mexico — as well as many other oil-related disasters. Since the 1970’s, there have been 95 attempts to produce oil in the Amazon Mouth Basin and none were successful, with 27 wells abandoned due to mechanical accidents.

Brazilian authorities have raised serious concerns about plans to drill near the reef. IBAMA, the regulator responsible for issuing environmental licenses to operate have said that the oil spill modelling submitted by BP and Total “does not adequately represent the environmental variability of the region”’ and is ‘“statistically incoherent”’ in places. The federal prosecutor involved stated in May that the companies “did not take into account the important ecosystem of coral reef of the mouth of the Amazon River,” and that exploration nearby “can cause irreplaceable damage to this unique and little known biome”. 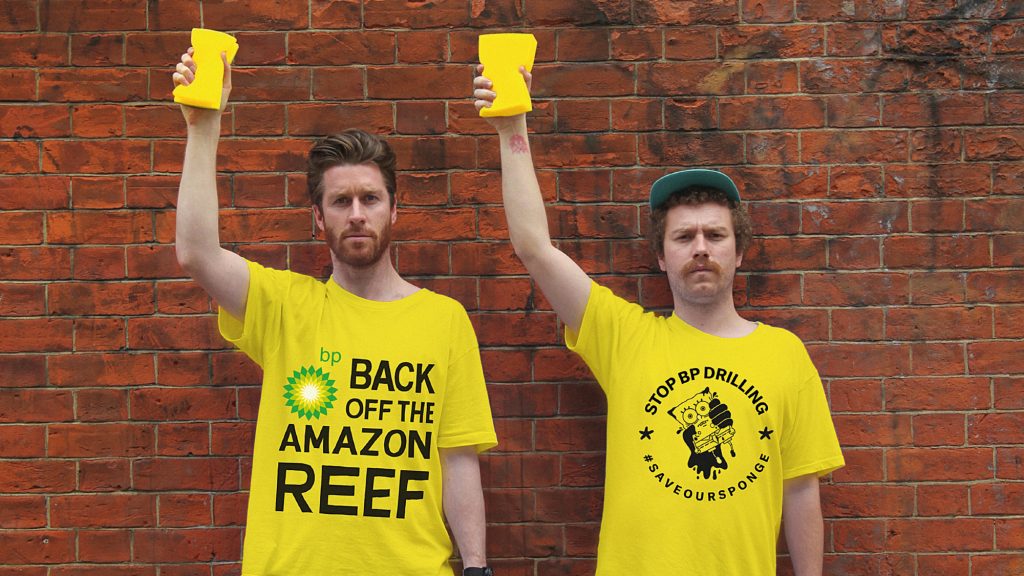 “Greenpeace shares the concerns expressed by Brazil’s environmental experts – the oil companies’ modelling not only shows an unacceptable risk, it is also unacceptably sloppy work. Allowing oil companies to drill in delicate environments without a proper understanding of the area would be shocking negligence.”

Earlier this year, Greenpeace launched a campaign to protect and explore the Amazon Reef, working with a team of researchers to produce the first underwater images of the ecosystem. More than one million people around the world have already pledged to defend the reef, demanding that Total and BP drop their plans to drill nearby.