O&M London & UCL have launched a new integrated campaign that looks to shine a light on the current injustice present within the British prosecution system. Forensic Science in the UK is drastically underfunded, and as a result, many criminal cases could be using incorrectly interpreted evidence to reach a verdict. The UCL Centre for the Forensic Sciences is seeking to change this by crowdfunding £1,000,000 to create a world-class, forensic evidence research laboratory, and aims to bring this important, but under-represented issue into public consciousness.

The short film by O&M London uses differing grammatical structures to portray the significant difference it makes when minor information is left out – drawing similarities between grammar and evidence in the face of prosecution. The campaign also features print ads that use the same play on grammar to highlight the impact of misinterpretation.

The project is being spear-headed by Dr Ruth Morgan, Reader in Crime and Forensic Sciences at UCL and Director of the Centre for the Forensic Sciences, in partnership with Crowd Science – a dedicated scientific crowd-funding organisation. 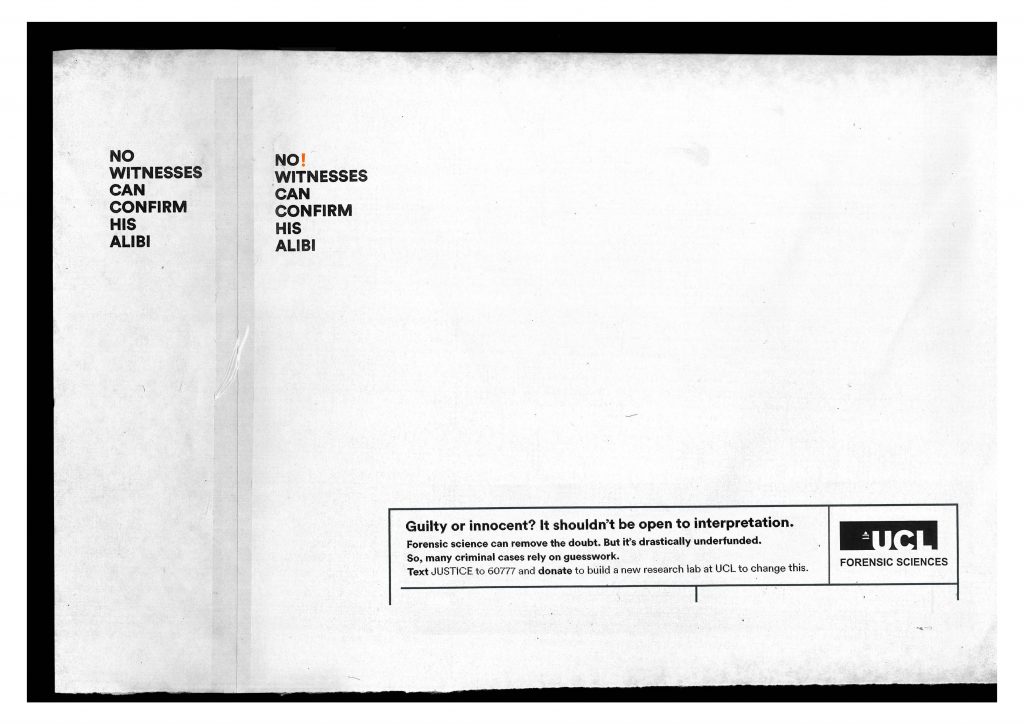 “Helping Ruth Morgan to raise awareness of the lack of funding in forensic science in the UK has been a labour of love. We spent several months just interviewing forensic scientists, lawyers and the police to truly understand the issue. Forensic science is seen as an advanced and well-funded sector thanks to its glamorisation by tv and film. But it couldn’t be further from the truth. The ability to collect the evidence is there but it has outstripped the ability to interpret that evidence. Which means forensic evidence used in criminal cases is very rarely robust despite everyone’s best efforts. Hopefully, this campaign will help to change that.” 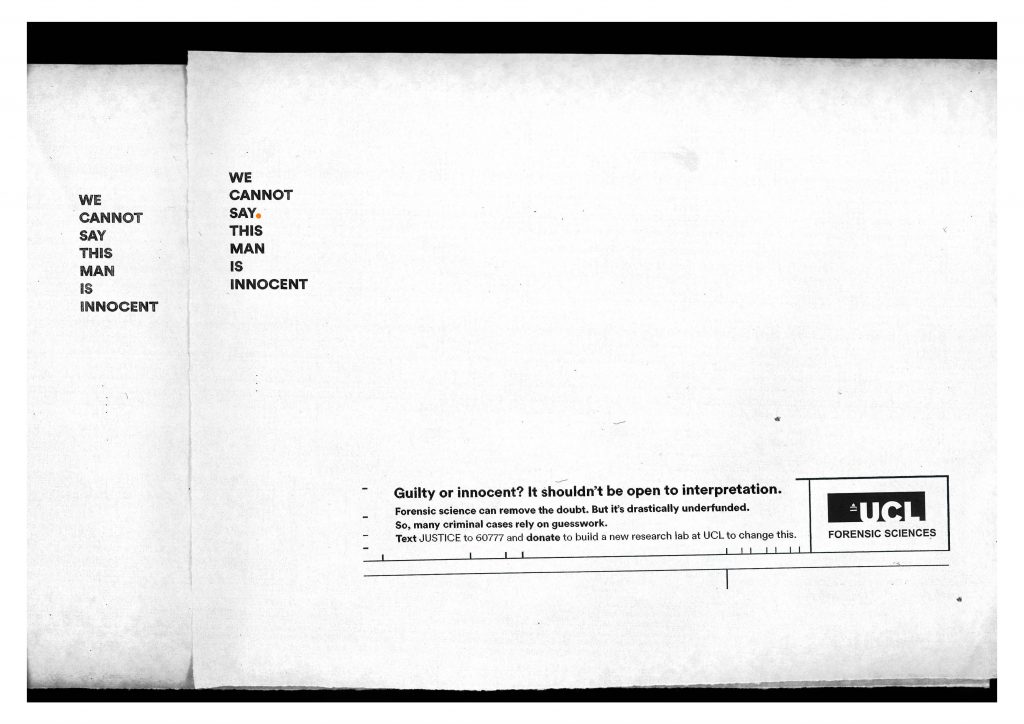 ““Despite what we see in shows like ‘CSI’ and ‘Silent Witness’, the evidence is not enough. I have seen first-hand that misinterpreted forensic evidence can lead to miscarriages of justice, and we are committed to change that… We may find gunshot residue on your hands, but what does that mean? Did you fire a gun recently or has it got there from shaking someone’s hand or perhaps holding the handrail on the train? This campaign highlights just that – the monumental impact of misinterpretation where forensics is involved. I have been working in the field of forensic science for 14 years and have become more and more convinced that addressing the issue of the interpretation of evidence is fundamental to ensuring forensic evidence is accurate, robust and transparent.” 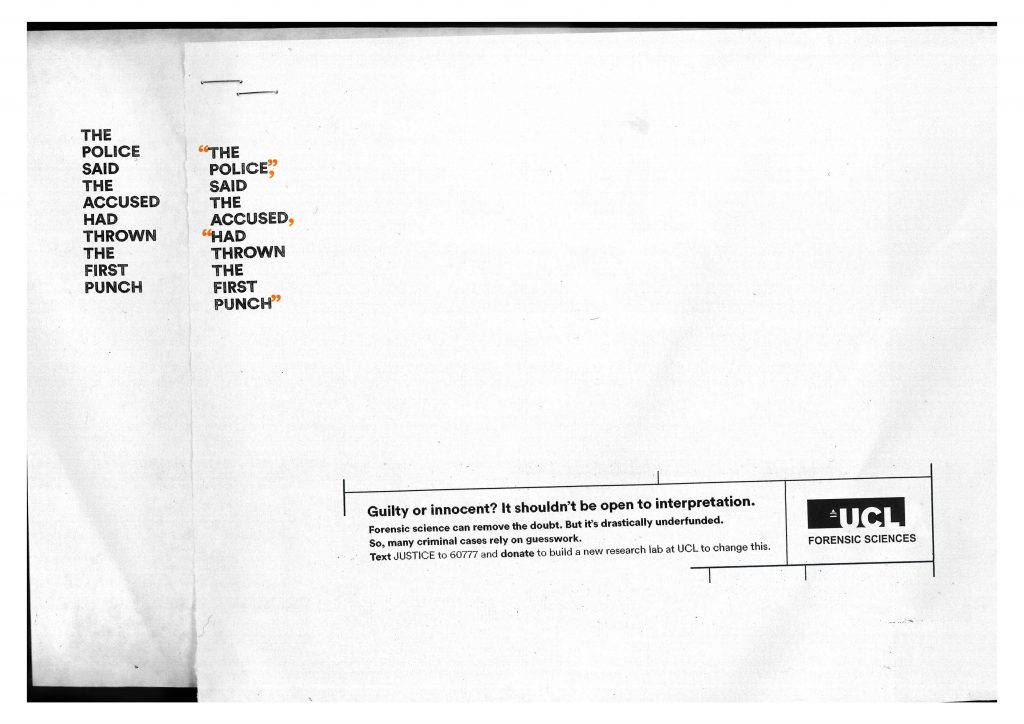 I’m amazed that in this day and age this kind of thing needs to be crowdfunded, this is the kind of thing our taxes should be going towards, surely justice for all is very important. Hopefully a strong campaign byOgilvy will help make the difference.