Renowned photographer and director Rankin has joined forces with UNICEF to create a 60-second film highlighting the plight of children uprooted by war, poverty and disaster, especially those separated from their families as they become refugees. The thought-provoking video urges people to see past the refugee and migrant labels and value each child as a child, first and foremost, no matter where they’re from.

The film, set to Bastille’s poignant track ‘Four Walls’, depicts refugee and migrant children watching footage of children in danger around the world. Many of the children who are featured in the film are themselves refugees who have fled the horrors of war and are now trying to rebuild their lives. The film aims to challenge refugee stereotypes and prejudices by giving children a platform to express that they have the same hopes, fears and dreams as any other child.

“I love filming with kids – they are so expressive, they don’t hold anything back,” said Rankin. “I’m a dad, I can relate to kids, but every now and then, while we were shooting this, it would hit me what some of these kids had been through.

“Three Syrian children who were supposed to be in the film couldn’t come. The day before the shoot, their father found out that his brother had been killed in a bomb attack in Aleppo. These children still have close relatives in Syria who are in danger. They told me they miss their families and worry about them every day.

“We shouldn’t label these kids and judge them when what they really need is love, safety and warmth. ‘Refugee’, what does that even mean to a child? A child is a child. And that is all that matters.” 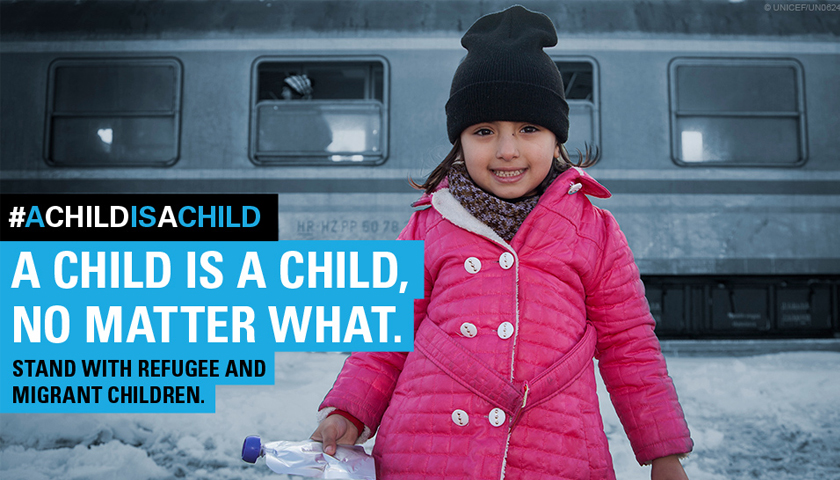 Around the world, nearly 50 million children are living outside their country of birth or are displaced within their own country, at least 28 million of them driven from their homes by war and conflict.