WaterAid has released a striking new gallery revealing the dramatic impacts of climate change on the lives and livelihoods of the thousands of people based around Lake Chilwa, Malawi’s second biggest lake.

Local photographer Dennis Lupenga spent time with the communities, gathering images to tell their stories, highlighting the daily realities of facing extreme weather and the need to help the world’s most vulnerable people adapt to the climate emergency they have done little to cause.

As many as 1.5million people live in the wider Lake Chilwa basin, which is one of the most densely populated regions in the world’s third-poorest country. Nationally, 3 people in 10 have no access to clean water near their home, and the changing climate is making it even harder for people to get water as droughts dry up sources and flooding can contaminate them. According to the Notre Dame climate vulnerability ranking, Malawi is the 23rd most climate-vulnerable country in the world.# 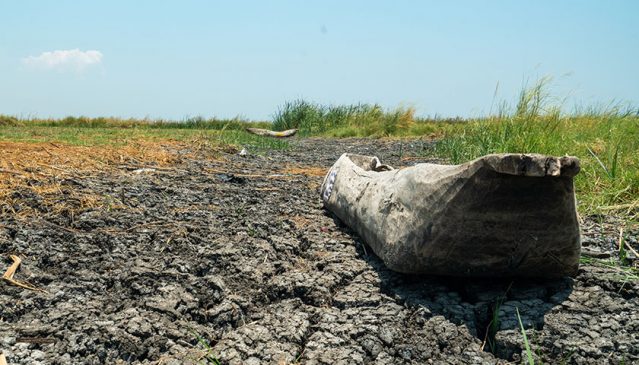 The levels of Lake Chilwa, which spreads over 2400 square kilometres and has a special UNESCO classification, have always fluctuated but it is now happening more frequently and to greater extremes, affecting the local communities.

Many depend on the lake and nearby rivers for their livelihoods, health and welfare. Fishermen working on the lake used to provide a third of the country’s fish, but no longer. One study estimated the loss in fishing productivity to be worth more than $1m per year, while small businesses such as food sellers and market sellers rely on the fishermen for trade.

Professor Sosten Chiotha, who has led an eminent study of the region, is concerned about the increase in the rhythm of the lake drying out.

“Climate change has introduced extremity in weather. We are having more dry spells and that is why the lake seems to be drying more frequently than it used to in the past. If you compare the previous drying out years, it was 2018, before that it was 2012, 1996, and 1973 or there abouts – before that, it was in the 1940s. It was a 25-40 year natural drying cycle. But now, recession of Lake Chilwa happens every three to five years.”

The climate issues are felt most acutely on one of the lake’s small islands, Chisi Island, whose population of between 7,000 and 3,500 changes according to the levels of the lake. 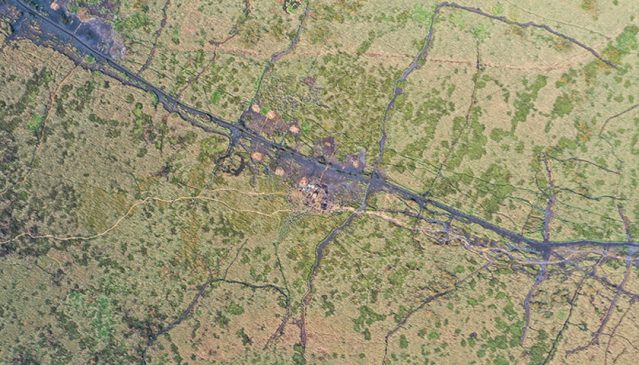 Women, most often responsible for securing water for their families, can often queue at the borehole for many hours, sometimes through the night, waiting for the levels to refill to the point where they can draw water.

Future generations are already paying the price. There is no dedicated water supply for the island’s health clinic, which treats on average 55 people a day and delivers 10 babies a month. The 10 members of staff have to fetch water from a borehole shared with the community.

“The issue of water here is critical. For instance, at the maternity centre, we really need water all the time. Our health centre needs to be cleaned three times a day but we can only manage to get it cleaned once a day. It is so unhygienic.

“The nearby borehole dries up after drawing a few buckets of water. At times our staff have to refill the water in the buckets as early as 1am. The waiting time compromises our work greatly.”

Images also show the harsh realities for the fishermen, as when the waters are low, fishing is sparse. The changing weather patterns have meant they have had to seek other ways of making a living when the lake is dry, forcing an increase in internal migration.

“Climate change has affected us greatly. For the past few years, we have seen the lake drying completely. This affected us in many ways such as having shortage of food, experiencing humid air which made it difficult to breath easily, and there was a very bad smell coming from the lake because the fish and other marine animals were decomposing.”

Others depend on the thriving fishing community for their own livelihoods, like businesswoman Belita Fenek, mother of seven children. When the lake levels are at their lowest, she has even further to travel to reach the fishermen and market stall holders she sells to at the shoreline. At 3am, whilst her children sleep, she leaves home to cycle over three hours, carrying all her own water supplies and equipment, to cook rice porridge for her customers.

“There have been fewer customers year after year. Imagine having to travel over 30kms one way and, after cooking the rice porridge, only to have one or two customers. It was heart-breaking. I could only make MWK1,000 (£1) the whole day. Change of climate has really changed everything for worse.”

Elson Tchezeko, 24, ferries people and goods around the lake in his dugout canoe, at least he does when there is sufficient water in the lake.

“When the lake is full, I am able to provide canoe transportation services on the lake as a business. But when the lake dries, my business is ruined.”

“Climate change has affected businesses. Most people have lost their capital, and some are in debt. Their wellbeing and that of their families is really at risk. Unlike when the lake is full and everyone is able to buy and sell easily right at the shores, which helps a lot of families to thrive. This time around, you can see the desperation in these people’s eyes. They need help.”

The problems are being pushed upstream, as the populations seek to take the water from the rivers which feed Lake Chilwa. This desperate attempt to water their crops further exacerbates the drying of the lake, according to White Kaumbata, the Chief Headman of the village of Menyenyi.

“As a village, we only have one functional borehole as the other one has dried. It makes me feel sad. Consequently, the lack of water has contributed to the rising cases of cholera in this area. When people don’t have water, they don’t wash their hands after using a toilet.”

“The situation in Lake Chilwa is a clear example of how climate change is worsening the already poor access to basic water, sanitation and hygiene services for those who are least to blame for its causes. Access to a reliable clean water supply, good sanitation and hygiene is the most important way of coping with the effects of climate change. We need to ensure now that a fair share of global finances targeted at climate investment goes to mitigate the growing threats to the lives and livelihoods of those most affected on the front line of climate change impacts.”

Only 5% of total global climate funding is spent helping countries adapt to the climate emergency, and much of that money is not invested in the communities most impacted by climate change. Some of the most climate vulnerable countries receive only $1 per person per year for water.

“We’re increasingly seeing the destructive impact of climate change across the globe, with recent wildfires raging out of control in America, and floods spelling catastrophe for millions in India, China and parts of Europe. We mustn’t forget those in the world’s poorest communities, like the population of the Lake Chilwa, who are living on the frontline of climate change – a crisis they did not cause – and lack the resources to deal with its devastating effects.

“The climate crisis is a water crisis and we must act fast. As the UK prepares to host COP26, we are calling on the Government to lead the way in investing climate finance where it’s needed most, ensuring the most vulnerable countries are not left behind. With access to essential facilities, such as a reliable supply of clean water, people can recover quicker from disasters and can stay healthy and thrive, whatever the future may bring.”