In 2021 Vattenfall further increased its emission reduction target for 2030 and beyond, setting some of the most ambitious climate change targets in the energy sector. Emissions intensity will now be reduced by 77 percent from 2017 to 2030, achieving net zero in the full value chain by 2040.

Already in 2020, Vattenfall achieved the target of reducing absolute CO2 emissions by nearly 40% from 2017 – ten years ahead of schedule. The new target were set to support limiting global warming to no more than 1.5 degrees. They are approved by the Science Based Targets initiative (SBTi), which provides external validation in line with the latest climate science research.

Besides increasing its climate ambitions, Vattenfall also took several concrete steps in 2021 on the path to fossil free living. For instance, the construction of what will be the world’s largest offshore windfarm, Hollandse Kust Zuid in the Netherlands, started. The largest wind farm in Scandinavia, Kriegers Flak in Denmark, was inaugurated and the charging network for electric vehicles was expanded. Moreover, in Vattenfall’s partnership with SSAB and LKAB – HYBRIT – the first fossil-free steel was produced and delivered by SSAB to the first customer, Volvo.

“Vattenfall is where we should be – at the front line of the energy transition, and the business opportunities are many for a company like ours. We see value in being a leader in this transition, which is driven largely by customer demand. Sustainability is increasingly becoming a competitive advantage and business necessity,” says Vattenfall’s CEO and President Anna Borg.

Some key facts from the Annual and Sustainability Report 2021: 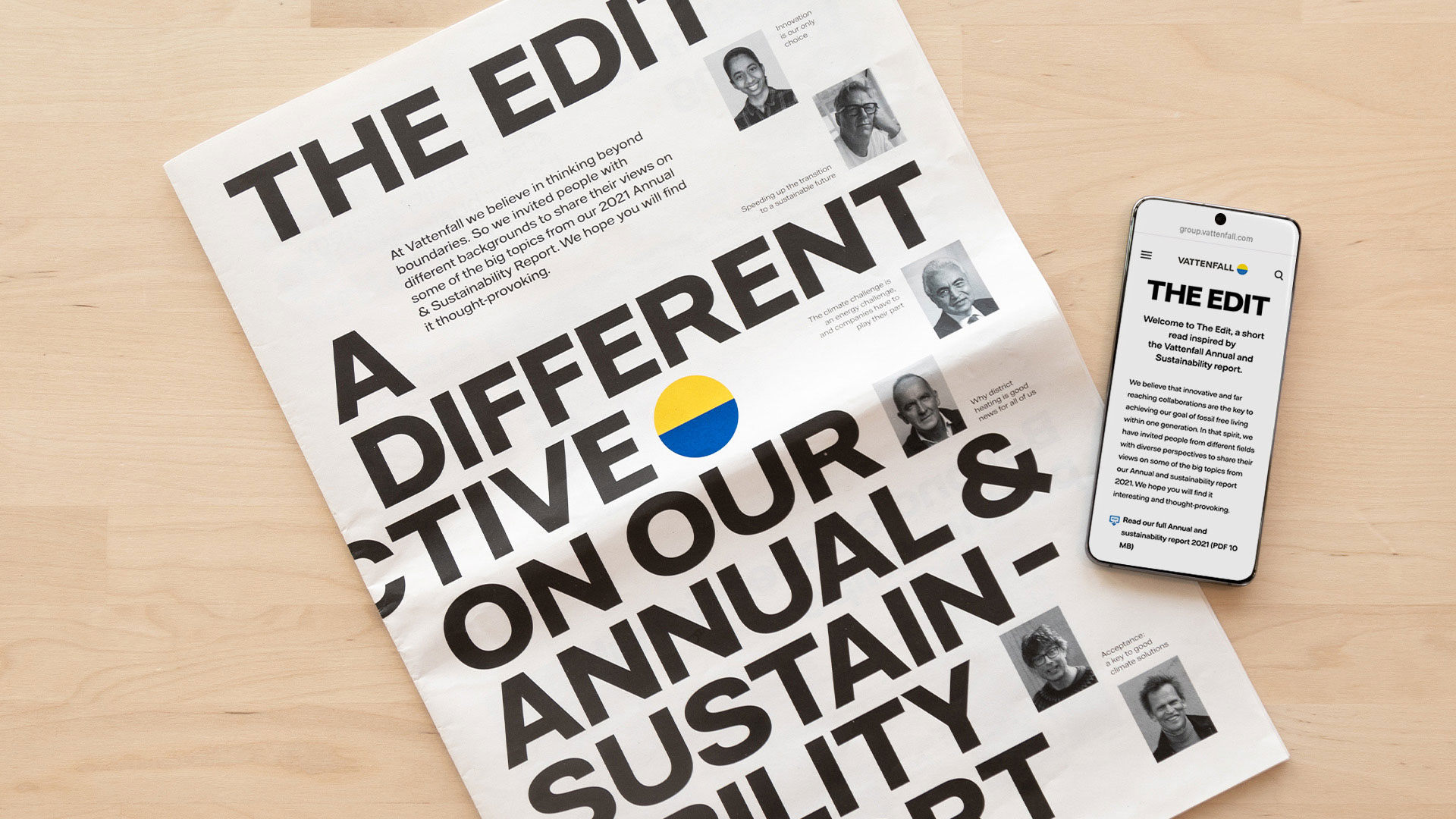 This year’s Annual and Sustainability Report is accompanied by The Edit, a collection of diverse perspectives on the issues raised in the report, written by thought leaders from the worlds of energy, manufacturing, psychology and climate activism. Dr. Fatih Birol, Executive Director of the International Energy Agency (IEA), says:

“Many energy companies – ranging from oil majors and power utilities to start-ups and equipment manufacturers – have understood that not only is it their social responsibility to help tackle climate change, but that there are enormous potential economic and financial benefits to being in the vanguard of the shift to clean and sustainable energies”.

“We are all on this journey together, but energy companies need to be among those at the forefront. The future belongs to those who take bold actions now,” he adds.

Other commentators includes CAKE founder and e-mobility expert Stefan Ytterborn and the climate advocate and innovator Vinisha Umashankar, among others.