Vodafone has announced it has connected more than 125,000 people living in digital poverty in the UK.

To mark the milestone, radio host and TV presenter Roman Kemp has visited some of the organisations and people impacted to highlight why tackling digital exclusion is so vital. In the UK, 1.5m households, or approximately 6% of the population, are living without internet access. Vodafone has committed to connecting one million people living in digital exclusion by the end of 2022. 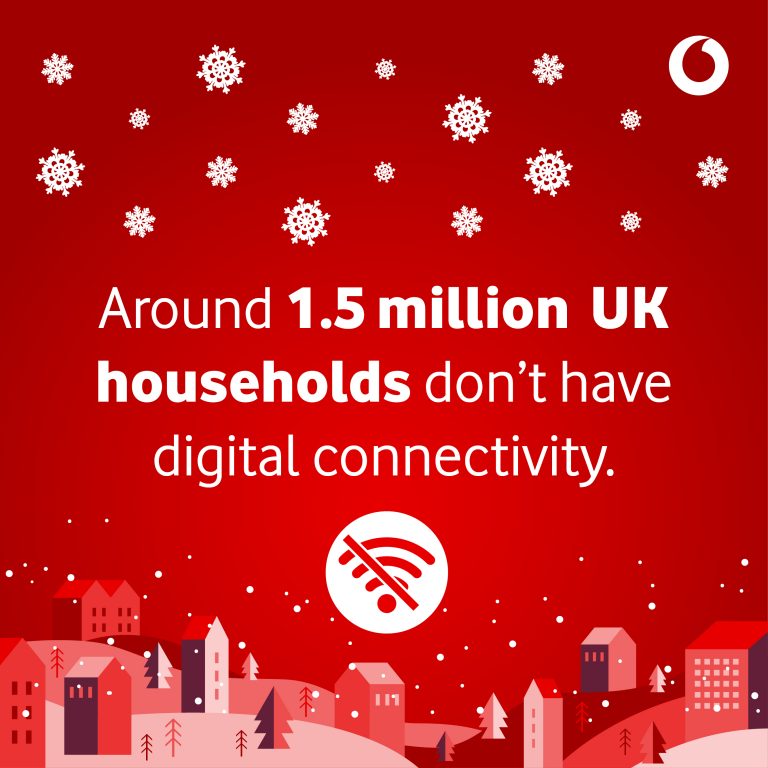 Vodafone has reached the 125,000 milestone through a range of initiatives, including its:

Vodafone’s Christmas campaign is focused on tackling digital exclusion and calls on the UK to give ‘The Gift of Connection’ and help those living in digital poverty by donating old devices. Vodafone will add six months of free connectivity and, with charity partner Barnardo’s, redistribute them to young people and families who need them. 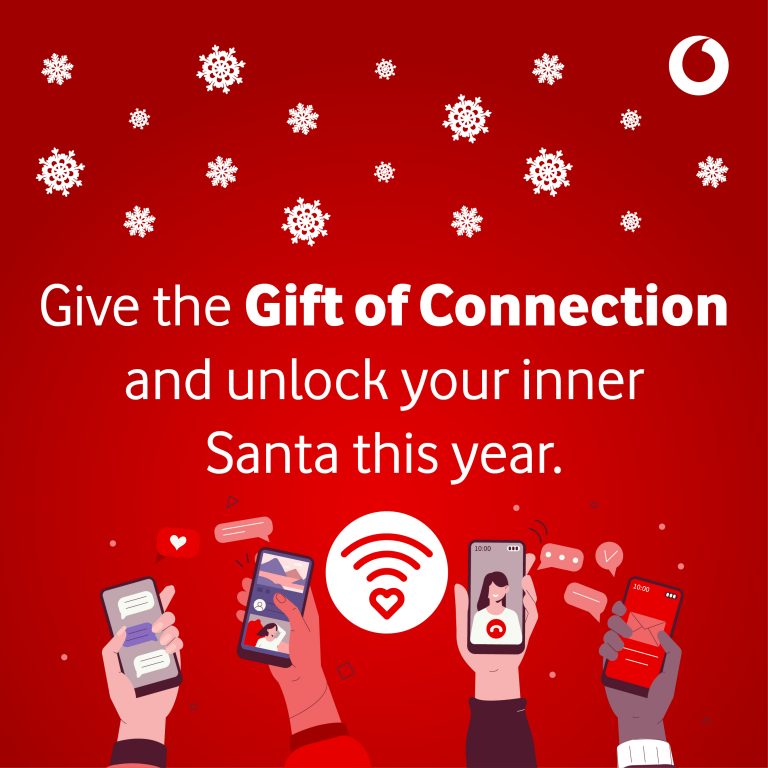 Part of the initiative, fronted by Roman Kemp, includes a campaign to return Boxing Day to its original purpose, a day of giving. The ReBoxing Day campaign follows research that suggests British households are sitting on more than £20 billion of unused tech [3].

Rahima from Birmingham received a tablet via the Great British Tech Appeal. She said: “I was in the first lockdown with my first child and as I finished my maternity leave I found it difficult to get back into work. My self-esteem was low, and my anxiety was high. It was really hard to stay connected as I didn’t have the tech to do so.

“I reached out to my support worker at Barnardo’s who told me about the Tech Appeal and suggested I apply. It felt like in no time at all she was dropping off the tablet and I’ve not looked back. It’s helped me complete courses online which I was having trouble accessing on my phone. I’ve now been able to add those qualifications on to my CV which I hope will help me find a better job.

“And with my son, the initiative has allowed me to help him learn new things, enjoy family time, stay connected and video calls – it brings the family together.” 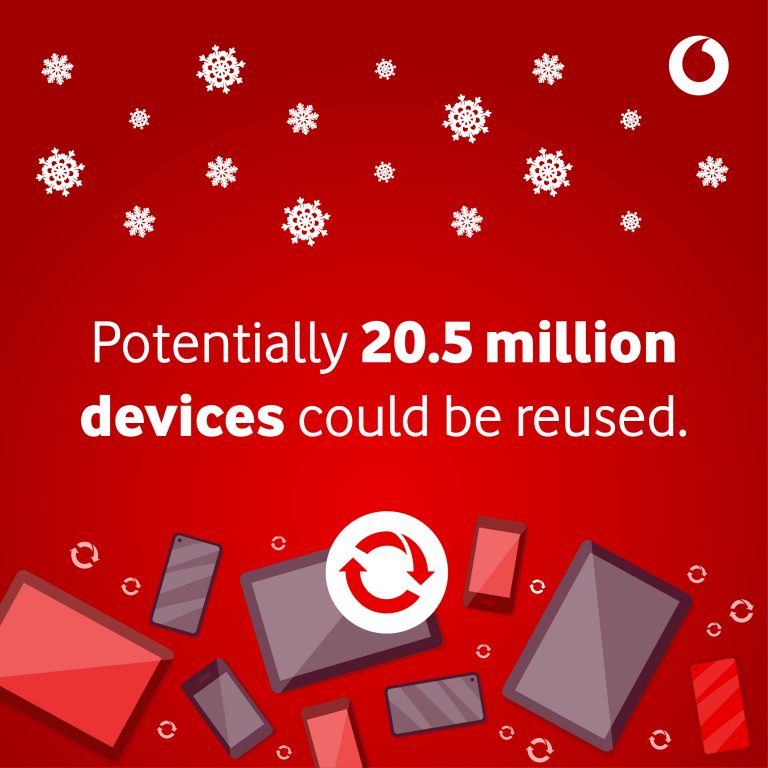 Ahmed Essam, Vodafone’s UK CEO, said: “Connectivity isn’t a luxury these days, it’s an essential. That’s why we’ve put tackling digital exclusion at the very heart of our business. I’m delighted that – with the help of our partners, customers, employees, and the public – we’ve already connected 125,000 people.

“A huge thank you to everyone who has donated tech, signed up for Vodafone Together or applied to charities.connected so far. And if you’ve not already done so, please get involved!

“We have much more to do, but together, we can tackle digital exclusion.”

At Barnardo’s, we support some of the UK’s most vulnerable children, and are working with Vodafone UK to support families living in digital poverty – we are delighted they have now connected more than 125,000 people.

“As some people receive digital devices as gifts this Christmas, we are asking them to consider donating any pre-loved devices to the Great British Tech Appeal so we can get much-needed technology into the hands of disadvantaged children.” 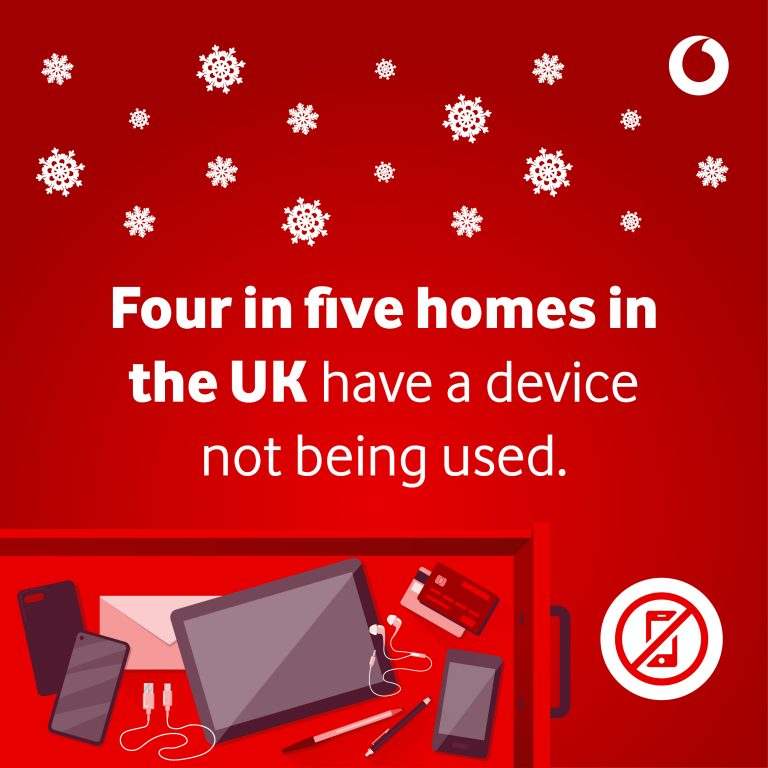 Donating devices to the Great British Tech Appeal is simple, fast, and free of charge. They can be dropped off at participating Vodafone stores or you can visit www.vodafone.co.uk/techappeal to request a donation kit, including a flattened freepost box and pre-paid returns envelope.

Vodafone has a range of projects and partnerships underway to tackle digital exclusion and connect one million people by the end of 2022.