WeTransfer ran an ambitious campaign in solidarity with the March For Our Lives demonstrations on Saturday, March 24, as kids, families and supporters demanded the end of gun violence and mass shootings.

For 48 hours on March 24 and 25, WeTransfer dedicated 100% of its advertising space globally to a wallpaper in support of common sense legislation and the need for change, promoting a series of creative projects on WePresent (WeTransfer’s editorial platform), which highlight perspectives on gun reform and the lasting impact of violence.

WeTransfer has over 40 million unique monthly visitors, and the wallpapers on WeTransfer are expected to be seen over 7 million times during the 48-hour takeover.

As an extension of the takeover, WeTransfer is presented four projects from leading creatives that address gun violence in different mediums:

The gun violence campaign embodies WeTransfer’s commitment to standing up for human rights while amplifying important work in the creative sphere. Each commissioned piece uses creative means to illustrate an important social and political issue, and works to educate and emotionally impact readers and viewers. 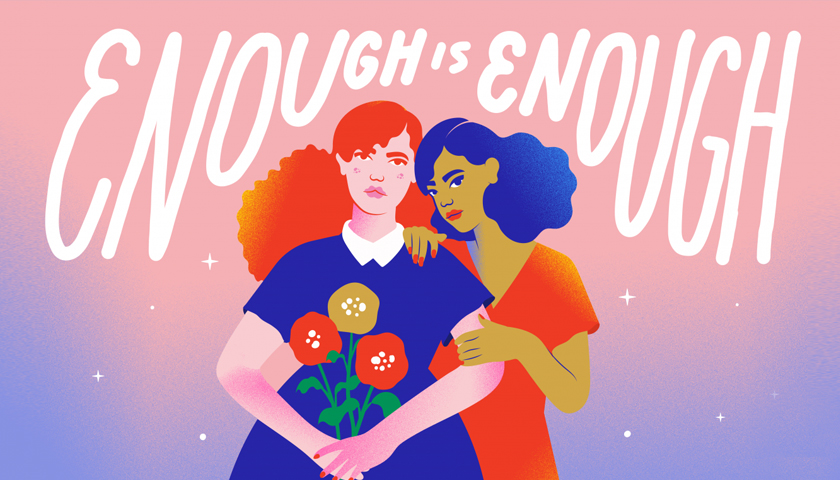 Damian Bradfield, President of WeTransfer, commented: “At WeTransfer, we have always sought to effect meaningful, positive change in the communities we exist within, be it through providing grants, exposure, or broader support to contribute to growth and the work of creatives to provide perspectives on the issues of today. Gun violence is an issue that hits close to home for us. The year we were founded in the Netherlands (2009) 107 people died in gun-related incidents across the country.  We opened our first office outside of the Netherlands in late 2016 in Los Angeles, bringing some of our team members and their families to the city. Last year – our first year in the US – over 15,000 people died in gun-related incidents, including nearly 350 in mass shootings. This is a global issue that we cannot ignore.”

On March 24 & 25 WeTransfer ran 100% of its wallpaper advertisements dedicated to promoting the projects and calling on users to take action in solidarity with the people marching this weekend and the victims of Parkland, Las Vegas, Orlando, Charleston, Sandy Hook, Blacksburg, Columbine, and the countless too many like them.