Health promotion foundation VicHealth is seeking Victorian women to feature in a new local version of the world-renowned This Girl Can campaign to improve the health of women across the state.

VicHealth CEO Jerril Rechter today announced the foundation will deliver a new Australian version of the highly successful Sport England campaign to be delivered in Victoria, showcasing real local women giving it a go and getting active regardless of their fitness level, ability or how they look.

This is the first time the campaign will be delivered outside of the UK. Ms Rechter provided a sneak peak of the first phase of This Girl Can Victoria alongside Sport England CEO Jennie Price and three local women taking part in the campaign, at Melbourne Sports and Aquatic Centre this morning.

The campaign will aim to help Victorian women overcome feelings of judgement when exercising, following unpublished VicHealth research identifying fear of judgement and intimidation as key factors holding women back from getting active. More than 41% of women surveyed identified as feeling too embarrassed to exercise in public.

Minister for Health Jill Hennessy said: “This Girl Can is a fantastic initiative to smash stereotypes and get women exercising in a way they feel comfortable and proud of themselves.

“Whether it’s in the gym, a team sport or a solo run, we want as many women as possible to get active and prove that Victorian girls definitely can.”

Ms Rechter said VicHealth was calling for women to share their story  and be part of the global This Girl Can movement to help others overcome the fear of judgement they experience that stops them from participating in physical activity.

“In Australia and Victoria, women are less active than men throughout their life – this is particularly evident in women with children,” she said.

“This Girl Can is a celebration of active women who are doing their thing no matter how they look, how well they do it, or how sweaty they get.

“Our research shows too many Victorian women feel too intimidated or embarrassed to take part in sport or exercise. Concerns about how they look when they exercise, that they aren’t skilled enough to exercise or that they should be prioritising their family or work over activities, are real obstacles many women face when starting a sport or exercise program.

“We’re calling for Victorian women to share their story and be part of this ground-breaking campaign which is all about women inspiring other women to get active.”

Ms Price said she was immensely proud of the This Girl Can campaign and was excited to see the new Victorian version on screens in early 2018.

“The fear of judgment is a universal issue facing women the world over, and while This Girl Can has made a real difference since it launched by helping 2.8 million women get active, we want to take our campaign further.

“Using the insight we have gained over the last two years from women across England, we want to take This Girl Can to any countries we can, with the ultimate goal for this campaign to let girls grow up in a world where there is no fear of being active. This partnership is an important step forward,” said Ms Price.

Ms Rechter said she hoped the campaign would encourage Victorian women to smash outdated stereotypes and take advantage of the increasing opportunities for women in sport and physical activity.

“Over the last few years there has been a shift in momentum, with more and more opportunities opening up for women and girls to take part in sport and physical activity,” she said.

“We want to see this campaign inspire women to smash old-fashioned stereotypes about what women can and can’t do in sport, in the gym and in their neighbourhoods.”

All Victorian women have the opportunity to share their story to be part of the new This Girl Can campaign, with the chance to feature in the television advertisements which will air in early 2018.

Women can submit their stories at www.thisgirlcan.com.au or by visiting the mobile story pod which will be touring Victoria over the remainder of 2017.

About This Girl Can UK 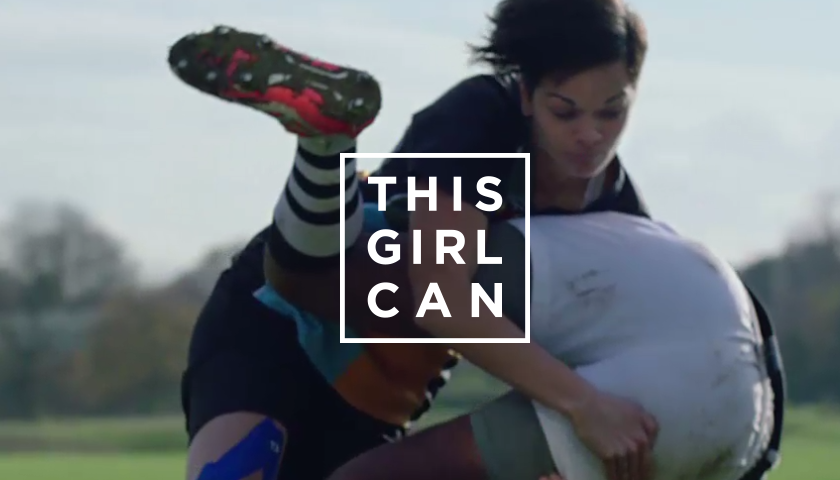 The UK’s ground-breaking This Girl Can campaign from Sport England and The National Lottery was the first to feature real women exercising in mass advertising, through telling the unedited story of women of all shapes, sizes, ages, and a range of diversities being active and playing sport. To date, it has inspired 2.8mn more English women to get active.

Since launching in 2015, the campaign has featured women who are typically not represented in media. The women shown being active in the adverts reflect teenagers to over 60s, pre and post-natal women, women with disabilities, women with different ethnicities and women of all shapes and sizes. Research has shown that if women can identify themselves in advertising they are more likely to overcome the fear of judgment associated with being physically active.