Shazam is a service that can identify music, movies, advertising, and television shows, based on a short sample played and using the microphone on your device, it is one of the top 10 apps in the world and for a day in April it forgot.

Alzheimers Research UK and creative agency Innocean Worldwide UK partnered with Shazam mirrored what happens as Alzheimer’s develops by hindering the apps ability to recall song titles from a short piece of the song.

“Most people think that memory loss, one of the main symptoms of Alzheimer’s disease, only affects those in later life. But the disease can actually affect people as young as 40. With over 40,000 people under 65 living with dementia in the UK.

To educate a younger audience about the effects of Alzheimer’s, we partnered with Shazam and gave the app the debilitating symptoms of the disease, giving users a hard-hitting insight into the daily struggles people suffering from Alzheimer’s have to face.” 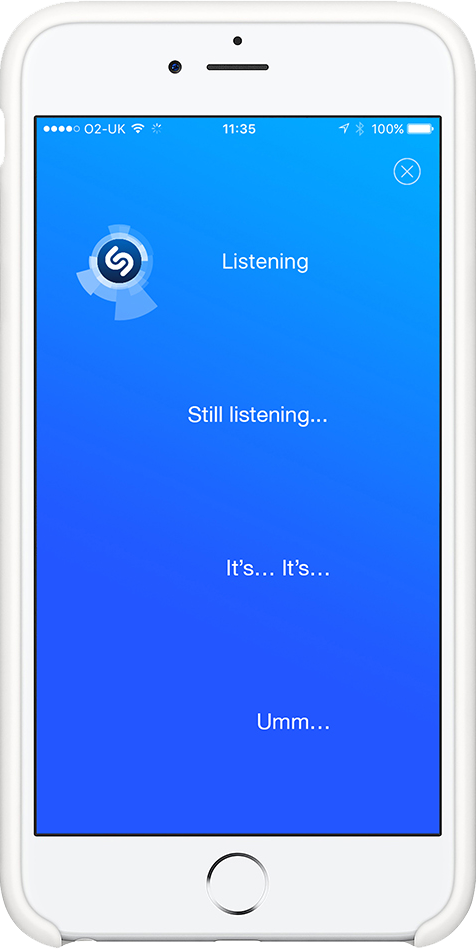 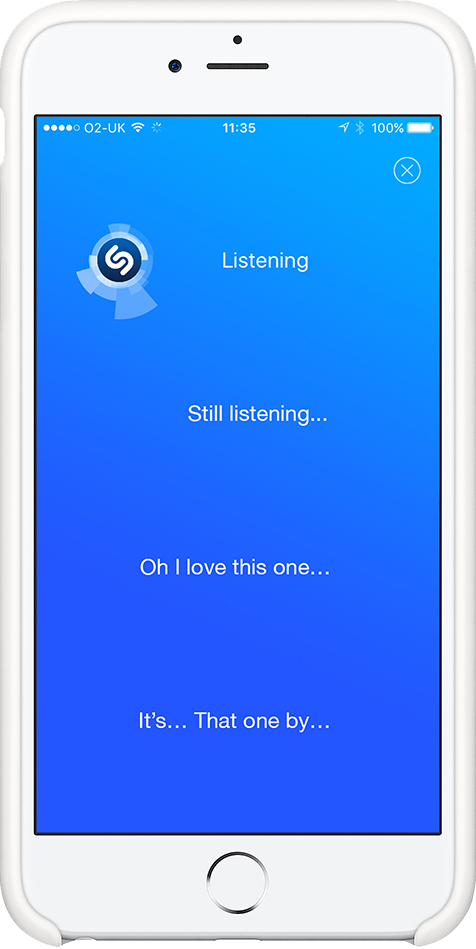 The agency added a number of different Shazam’s messages of forgetfulness (as shown above) initially. After a while the the app remembers the song and connects users to a call to action from the charity as well as a donation button, as shown below. The Shazam Again function was also incorporated into the campaign.

“We hoped we could provoke some thought from Shazam users and drive people to the charity to support us, or to find out in much greater detail about all the symptoms,” 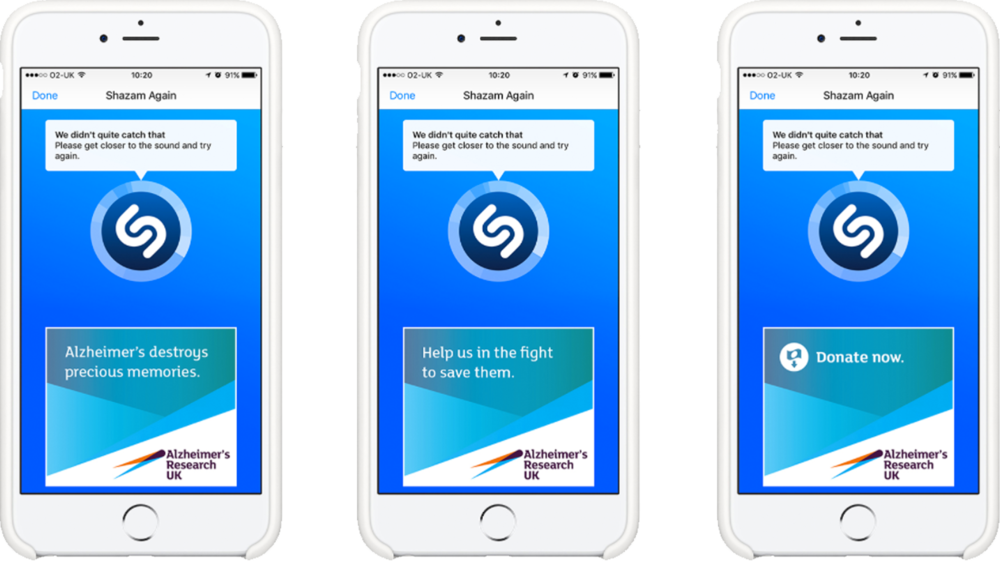 “While what we did on Shazam was only a snapshot of the condition, we felt more good would still come from engaging people in this way, as opposed to doing nothing.”

The campaign, which only ran a day garnered 2,018,206 impressions, and drew 5,096 visitors to the Alzheimer’s Research UK donation page, as well as raising general awareness.