Grab your lightsaber and show off your inner Jedi with Formula 1 champion Jenson Button and Star Wars actor Warwick Davis to raise money for Barnardo’s. 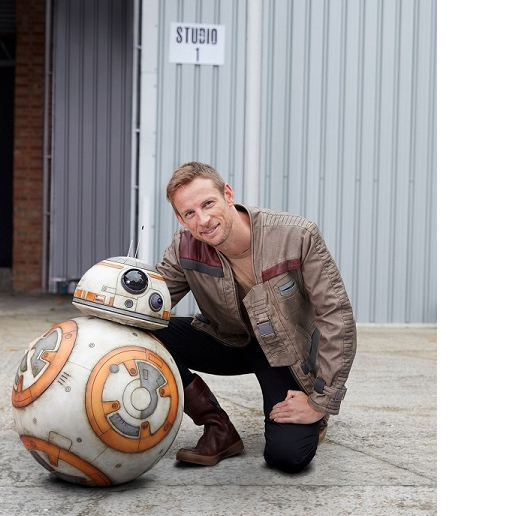 As part of a partnership between Santander and the UK’s leading children’s charity, the bank has pledged to be a “Force for Good” and donate up to £250,000 to help Barnardo’s to keep supporting thousands of vulnerable children and Together for Short Lives, which supports children with life-threatening and life-limiting conditions.

Former F1 World Champion Jenson Button and Star Wars actor and Barnardo’s supporter Warwick Davis have joined in the fun by filming short Star Wars clips and want you to do the same to help some of the most vulnerable children.

For each Star Wars photo or video re-enactment uploaded to the dedicated campaign website, Santander will donate £25 to Barnardo’s and £25 to children’s charity Together for Short Lives.

As part of the campaign and in line with the December 14th release of the latest film in the franchise Star Wars: The Last Jedi, Santander is also offering a series of prizes, with the main prize being a visit to the filming location in Ireland along with a guided Star Wars experience.

Barnardo’s Chief Executive Javed Khan said: “This is a really fun and creative way of helping to raise money for Barnardo’s, so it can continue its vital services supporting some of the most vulnerable children throughout the UK.
Every photo and video clip you upload is worth £25 and will make a difference to the hundreds of thousands of children, young people, parents and carers we support every year.”

The campaign will run across the UK until 22 December  2017.

Upload your clips at www.santanderforceforgood.co.uk and view Jenson and Warwick’s video here.