Last October Galicia (North Western Spain) suffered the worst outbreak of fires for over a decade: more than 200 confirmed fires caused the evacuation from their homes of over 4, 000 people and turned about 48,000 hectares to ash, more than in 2014, 2015 and 2016 combined.

Because of this, just before Christmas the Asociación Galicia Ambiental (The Galician Environmental Association) launched a campaign to send Galician trees to homes throughout Spain. But not just any trees, the ashes of the thousands of trees that were burnt during last October’s fires. 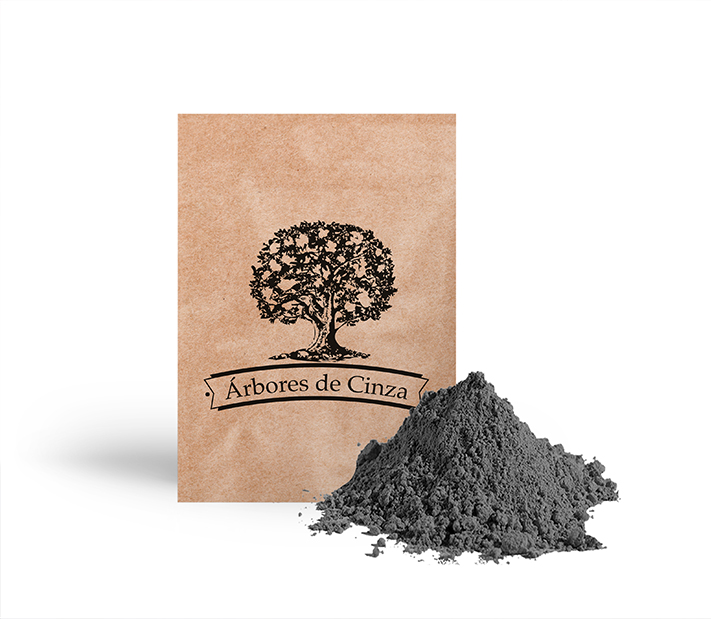 “Trees of Ash” is a symbolic action developed in conjunction with Tiempo BBDO, through which it was possible to make a donation which will go towards the reforestation of the devastated areas. In exchange those who collaborate received at home the ashes of one of the thousands of burnt trees, with instructions as to how they can be used as a natural fertilizer which will help other plants to flourish. In the words of Benito García, responsible at Galicia Ambiental: “Trees of Ash” is not just a campaign to collect funds. Through it we hope that the disaster will not be forgotten. We hope to bring into focus the real enormity of what happened which very can very often get marginalised. It was a disgrace of epic proportions. It has been an unprecedented environmental disaster for the Galician forests, but at the same time it has been devastating form an emotional and personal view point for the thousands of inhabitants of the affected area. We hope that this Christmas, nobody forgets about them: all those who fought the fires during these agonising days, the victims of the fires and all of those who for years will continue to suffer the emotional consequences caused by the fires.

For Tomás Ferrándiz, Creative Director of the agency: “Collaborating with Galicia Ambiental and seeing the incredible work that has been done in the area has been a unique experience, especially for the creative team. Pablo Ardid and Daniel Correal, copywriter and art director respectively have been in charge of the project from the start. Together with director Guillermo Bargú from the production house Petra Garmon, they spent three intensive days in Chamberito and its surrounding area gaining first hand knowledge of the drama of the inhabitants and the realisation of the magnitude of the tragedy. “The fact of having experienced it first-hand is reflected in an audiovisual piece that conveys in a wonderful way the feeling and emotions of those days”.

To be able to collaborate with the action the agency created the website (www.arboresdecinza.es) through which trees could be bought for a donation, one of the millions of trees which were burnt. The wood ashes produce an extremely effective natural fertilizer which can be used to give life to other plants. In this way , as Benito García explained: “We can all have a little piece of Galicia in our homes, for Galicia it is a the first, little step on the road to recovery”.

The monies collected will be used for a special program to restore Galicia starting from the epicentre of the fires, Chandebrito(Pontevedra) considered the “ground zero” of the catastrophe and one of the areas most affected by the catastrophe. The project will be developed in conjunction with forestry groups and neighbourhood associations and will consist of replanting native trees which will be given to the residents of Chamdebrito so that it is they who will initiate the recovery.