The Ad Council’s Love Has No Labels campaign is returning to PAX West, one of the largest consumer gaming events in the US, as part of their ongoing Game for Good initiative.

Building on last year’s success in the PAX Diversity Lounge, as shown above, this year they are launching a new game called “The League of Extraordinary Humans,” which will celebrate a diverse group of everyday heroes fighting for acceptance and inclusion of all.

The game has been developed specifically for attendees of PAX West as a geolocation experience – so only those who are at PAX can play this version of the game. There will be beacons placed at different gaming company booths throughout the Washington State Convention Center to unlock content in the game.

Attendees will download the mobile app from the app stores (Apple and Google Play), receive text messages telling them where to go and answer challenge questions that will deepen their understanding of implicit bias. Once they answer the questions, they will unlock digital trading cards featuring the likenesses and stories of “everyday” superheroes who are fighting implicit bias.

Upon completing the game, players will have a chance to win an exclusive Pinny Arcade Love Has No Labels pin (these limited edition pins are coveted by collectors at PAX). 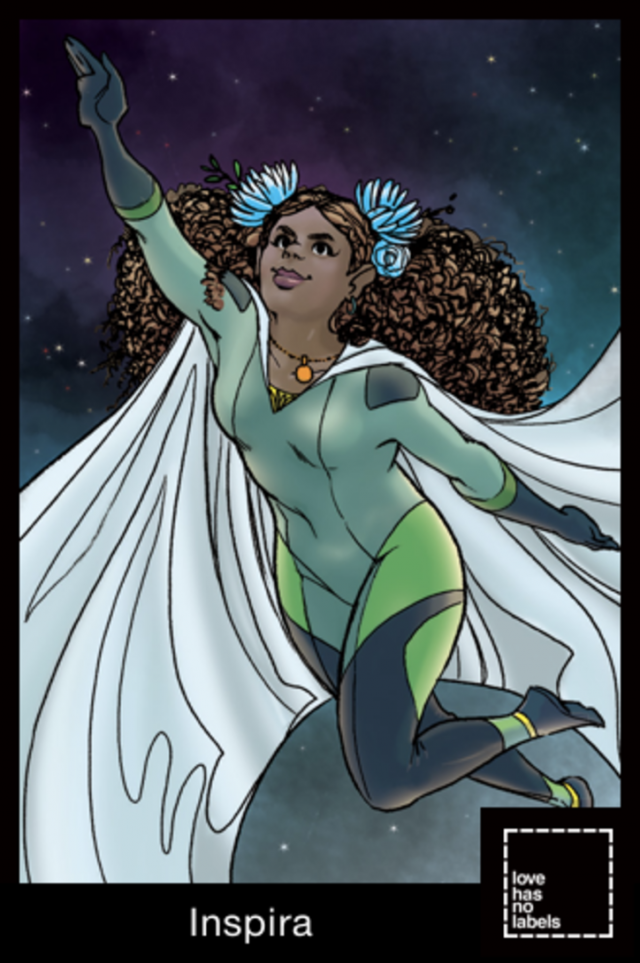 In creating the game they chose a mix of heroes from inside and outside the gaming community. The heroes are:

When answering why they chose a game they reported:

“We wanted to more deeply engage with attendees at PAX beyond quickly learning about our campaign and taking and sharing a GIF at our booth in the Diversity Lounge. After working in the gaming space for the past year and a half, we know that the best way to reach gamers is with specific and unique creative that this audience will embrace.

By playing on the superhero theme, which is well established in comic book and gaming culture, and using a mix of well-known and up-and-coming comic book artists, we are confident that the game will resonate with PAX attendees.

The cards are illustrated by comic book artists from diverse backgrounds including Dave Dorman, Emily Warren Rice, Al Davison, Chris Visions, Ashley Woods and Garrie Gastonny in addition to colorist Dominic Regan. Dave Elliott, a veteran of the comic book industry with over 25 years of experience as a writer, artist, editor and publisher oversaw the art development for the cards.

We also know that any sort of gaming element offers an opportunity for deeper digital engagement with an issue, which is our goal.”

It’s an interesting way to showcase diversity at this event.