Le-Vel, the leading innovator in nutrition and skincare, has announced its commitment to continue to support the National Breast Cancer Foundation in its efforts to provide help and hope to those affected by breast cancer. Le-Vel is donating $5 for every limited-edition Breast Cancer Awareness PINK DFT Ultra and PINK Label DFT pack sold through Oct. 31. 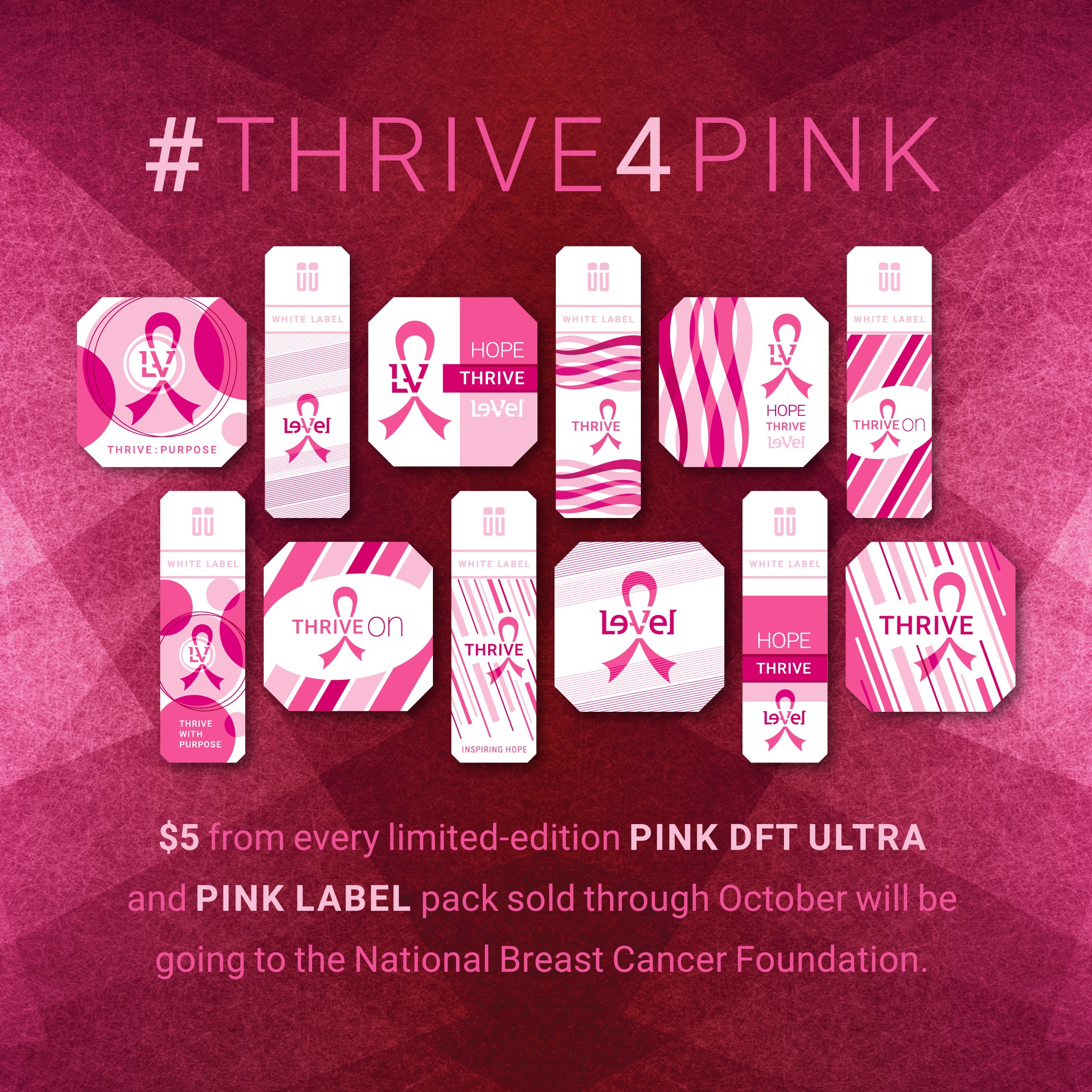 “We are thankful for Le-Vel’s support of our mission and their six years of partnership with NBCF” said Janelle Hail, NBCF Founder & CEO. “This past year they reached the $1 million mark in funds raised to join our top donor recognition tier, The Circle of Hope. These funds will enable us to continue providing help and inspiring hope to thousands of women affected by breast cancer across the U.S so that no one faces breast cancer alone.”

One in every eight women will be diagnosed with breast cancer in her lifetime. There is currently no known cure, and early diagnosis is critical for survival. Through the National Mammography Program, a network of partner medical facilities across the United States, NBCF provides grants for free breast screening and diagnostic services to those in need.

“It’s an honor to join NBCF and help further their mission to support those affected by breast cancer. We’re immensely proud of our Thrivers throughout the world for spreading the message far and wide that, working together, we can ensure that all women, regardless of their circumstances, have access to potentially life-saving services,” say Co-CEOs Jason Camper and Paul Gravette.

To symbolize Le-Vel’s ongoing support of this important cause, there will be a “pink-out” on Le-Vel’s social media throughout October. #THRIVE4PINK is Le-Vel’s call to action and a symbol of Thrivers’ passion for supporting those in need. Wearing a Breast Cancer Awareness PINK DFT Ultra or PINK Label DFT identifies Thrivers’ contributions to creating a world in which breast cancer is no longer a reality.