Nike has a long history of speaking up for causes that reflect its values. That continues today with EQUALITY, Nike’s ongoing effort to encourage people to take the fairness and respect they see in sport and translate them off the field.

The EQUALITY initiative is centered on using the power of sport to inspire people to take action in their communities, with Nike leading by example with its partnerships with world-class organizations dedicated to advancing this work.

Supporting these values, EQUALITY delivers on the brand’s ongoing partnership with MENTOR (the leading national organization in ensuring quality youth mentoring relationships and connecting volunteers to opportunities in their communities) and PeacePlayers International (a global organization focused on bridging divides in communities by developing youth leaders, building relationships and changing perceptions) to drive change within communities.

In 2017, the initiative’s inaugural year, Nike also donated $5 million to numerous organizations that advance equality in communities across the U.S., including MENTOR, PeacePlayers and the Ever Higher Fund.

Using the power of sport to inspire and uplift, Nike’s EQUALITY products support inclusion for everyone by providing a platform for all athletes to celebrate and participate in this movement. The 2018 EQUALITY collection includes footwear, apparel and accessories in black or white with gold accents.

Additionally, select styles feature graphics derived from cymatics, the visualization of sound waves, drawn from a recording of Martin Luther King, Jr.’s “I Have a Dream” speech (specifically, his “I have a dream” and “created equal” soundbites). This was accomplished by using a cymatic camera to capture photos of the sound waves as those sounds passed through water.

NBA teams playing January 11-15 wore the Nike “I Have a Dream” Tee during warm-ups, which was designed with the MLK Foundation and Martin Luther King III. It will be available early February.

Another way Nike supports equality for all is with its annual Black History Month (BHM) collection that celebrates black heritage around the world by fueling community action to create positive change.

The colors used in the latest BHM collection, which is highlighted by three signature basketball offerings and includes running and Nike Sportswear footwear as well as Jordan Brand apparel and accessories, were inspired by the Pan-African flag (Pan-Africanism is a worldwide intellectual movement that aims to encourage and strengthen the bond of solidarity between all people of African descent).

Select shoes in the BHM collection feature a specific date on which someone stood up for the values of equality, diversity and inclusion, changing the landscape to move the world forward. 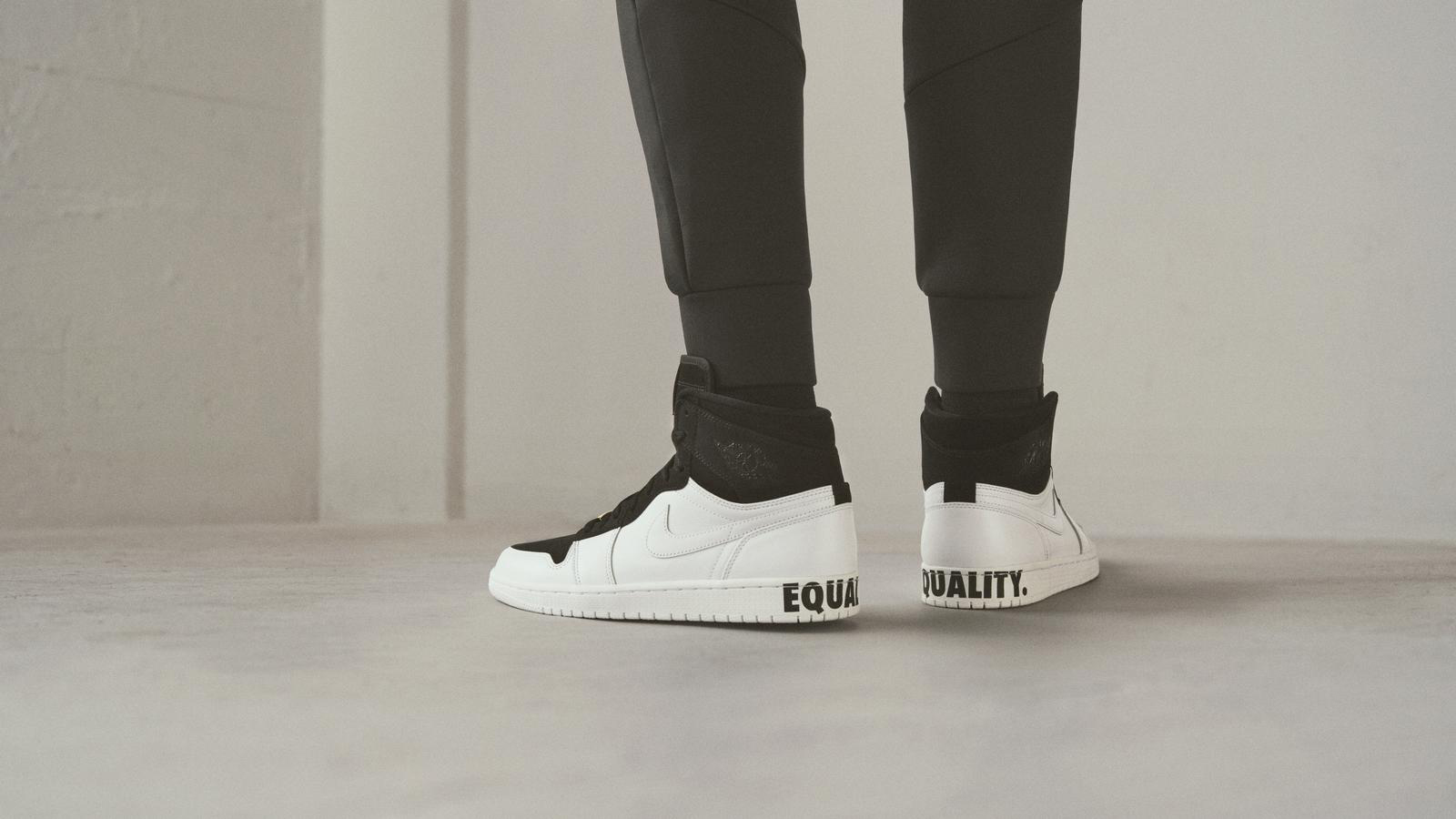 Air Jordan I High EQUALITY: Carmelo Anthony has been very vocal in his fight against social injustice. His love for the city of Baltimore and the work he has done for that community inspired this shoe. It will be available January 15.