A huge coalition of companies and civil society organisations including Greenpeace, WWF and the Marine Conservation Society have launched a new campaign by taking over Westminster tube station with posters on their walls and ticket gates with the message that electricity from offshore wind is half the price it was just two years ago.

Launching the campaign in Westminster tube station, where ministers and MPs will be walking past striking images of offshore wind farms, Peter Capaldi (Dr Who, The Thick of It, Local Hero) said:

“Great Britain is the world leader in a technology which can generate huge amounts of energy without using any fuel. It’s safe, secure, zero-carbon and economical. In fact it’s halved in price in just two years. That’s 50% off. It’s a great deal. And it may just save the planet. The future of energy in the UK is offshore wind power.”

“It’s the most fantastic deal for the UK and it’s creating thousands of jobs in regions where unemployment has been, of late, very high. It’s the best news I’ve had in years. It’s creating jobs, it’s regenerating coastal areas, and it’s providing clean, beautiful green energy for us, our children and our grandchildren.”

A YouGov poll, commissioned by Greenpeace and released alongside the campaign, shows that offshore wind is by far the most popular large scale technology for the UK’s energy future, three times more popular than nuclear and an astonishing twenty times more popular than gas. The results were consistent over age, sex, class, party allegiance, and the poll even united leavers and remainers.

“We’ve known for a long time that renewable energy was much more popular with the British public than any of the alternatives. Now that offshore wind is more than cost-competitive with every other energy option, we have a way forward for UK energy policy. This should please ministers across the spectrum from industry, the environment and the treasury. Even No 10 should be popping the champagne at this great news.” 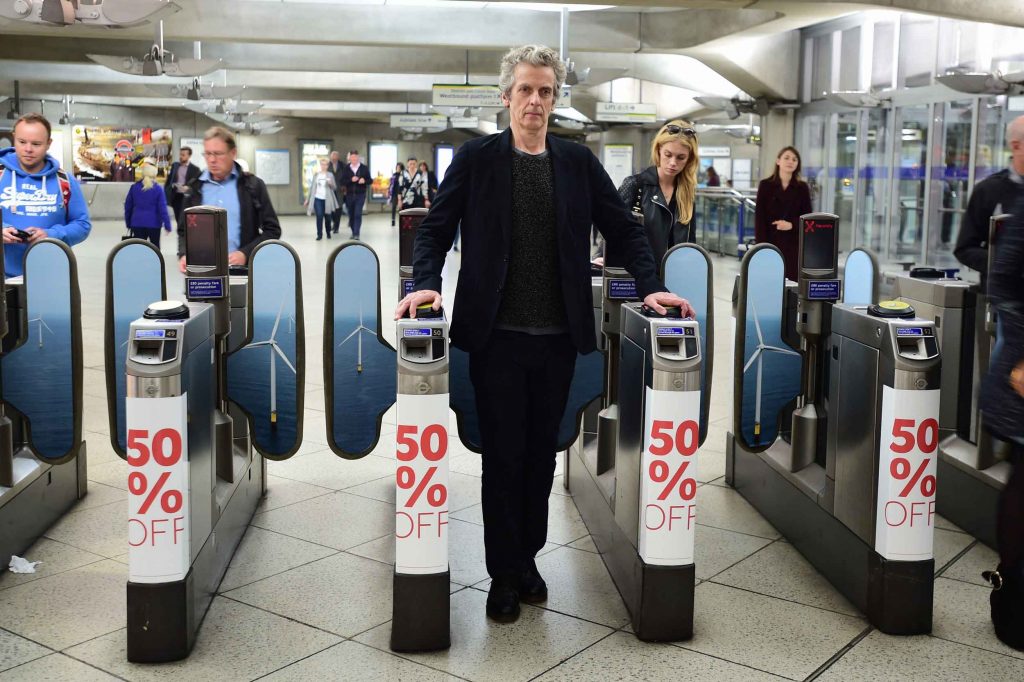 Statements from the energy industry

“Offshore wind presents a massive opportunity for the UK. Costs are falling rapidly, long-term and highly-skilled jobs are being created across the north of England and the UK supply chain is going from strength to strength. The industry has already come such a long way and we truly believe it can become the backbone of the UK’s energy transformation. We’re seeing the benefits of commitment to this technology by successive governments and what’s so exciting is that there’s still a lot more to come.”

“Offshore wind has rewritten the rulebook, sending costs tumbling down, which is great news for consumers. As new offshore wind is now cheaper than new gas and nuclear, it’s the natural technology of choice to play a leading role in the UK’s modern clean energy mix. Offshore wind is also a major industry, providing an economic lifeline to ports and seaside towns around our coastline and throughout the country as the multi-billion pound supply chain grows”.

“Investment in offshore wind creates opportunities to develop the wider UK supply chain and brings value to local economies and local communities. Already Beatrice Offshore Windfarm Limited has helped foster UK and Scottish supply chains for the offshore sector and has had a positive impact on local lives and livelihoods. We aim to deliver the same again through both the Dogger Bank and Seagreen offshore wind projects and hope that similar economic benefits will be replicated across the UK offshore wind industry.”

“With more than 50% cost reduction in recent years, offshore wind is becoming the lowest cost way to decarbonise our electricity sector and keep the lights on in the UK.  When you also consider that offshore wind will support tens of thousands of high quality jobs in the parts of the country that need them the most, it begins to look like a great deal for everyone. The industry and government need to continue to build on this momentum and really unleash the power of offshore wind in the UK.”