Actor, broadcaster and activist Stephen Fry is calling on the public to back dementia research again this Christmas after Alzheimer’s Research UK re-launches its award-winning Santa Forgot animation.

Fry, who provided the voiceover for the original film, has penned a blog for the charity giving his backing to the campaign and describing his hope that future generations “will only be reading about Alzheimer’s and not experiencing it”. In a year where dementia has become the UK’s leading cause of death for the first time, he calls on the public to share the story again this Christmas to spread the word about dementia and the importance of medical research to tackle it.

The Santa Forgot animation, created by Aardman Animations and being shared across social media in the run-up to Christmas, imagines a world where Santa develops dementia and is no longer able to deliver presents to children across the world. However, behind this heartbreak is hope, as the film shows that dementia is caused by physical diseases like Alzheimer’s, which can be beaten through research.

The campaign turned heads last year, reaching almost 14 million people online and being voted November’s best communications campaign by PR Week, beating competition from the John Lewis and Marks and Spencer Christmas adverts. But since last December, hundreds of thousands more people across the country have developed the condition and only this month, dementia overtook heart disease as the UK’s leading cause of death. 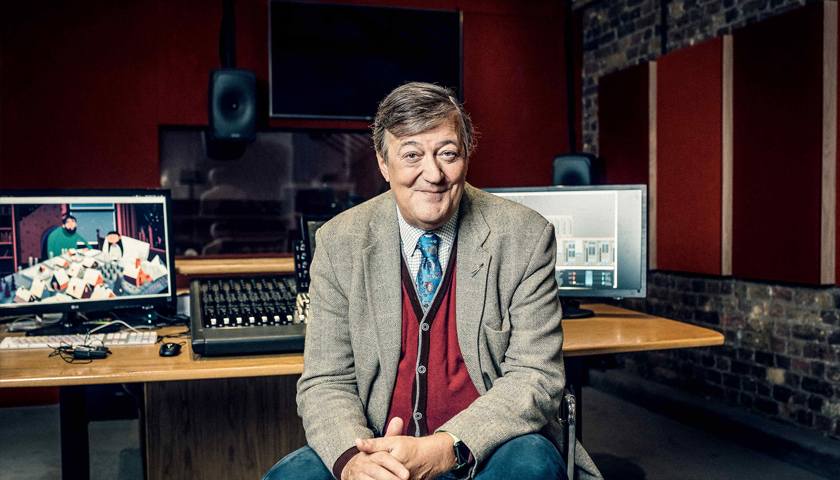 Stephen Fry said: “In the year since Santa Forgot first launched, another 200,000 people in the UK have developed dementia and they’re surrounded by families who may be struggling to cope this Christmas. I visited the mother of a friend who was in the very severe grips of dementia and it’s one of the most pernicious and unacceptable things to happen to a person. We’ve seen in history that dementia is no respecter of persons and Santa Forgot shows that not even Santa can be immune to its devastating effect.

“We have to address the problem of dementia scientifically and properly and the public’s response to the thought-provoking video last Christmas has helped Alzheimer’s Research UK invest more than ever to drive new research breakthroughs this year.

“The pace of progress is improving but research funding for dementia still lags behind. As other diseases move within the reach of medical science, we now understand that the great frontier is understanding the human mind. Just like aspiring to be a seafarer in the 18th century to discover the world and new continents, the most exciting thing that young students can do today is research into the brain. But scientists need our support, which is why I hope that Santa Forgot will inspire many more people to get behind life-changing dementia research this Christmas.”

Ciana Ayre, 22, who provided the voice of the little girl, Freya, in Santa Forgot, reflected on the year that has passed since the animation first hit screens. She said:  “It’s been four years since we lost Dad to early-onset Alzheimer’s, and I was only 18 at the time. This year I have been busy in my final year at university studying Interior Design, and enjoying my final year of having a summer off. While I have my mum and sister Chrissi by my side, there will always be a hole where my dad should be.” 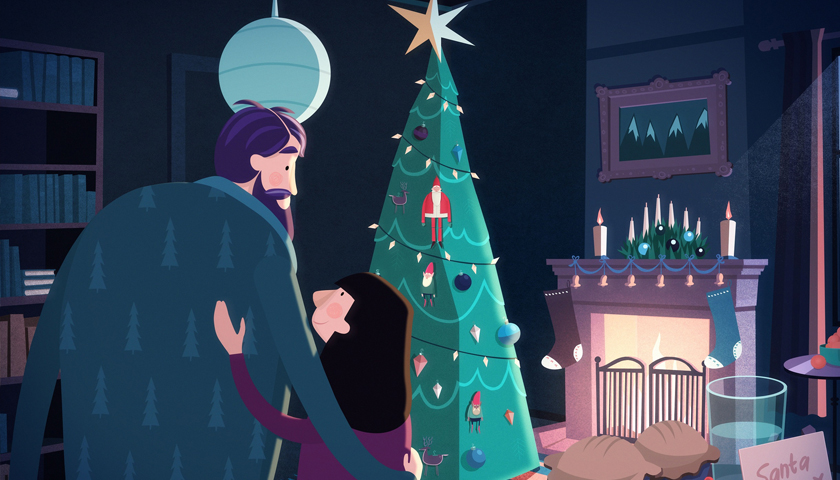 “The public response to Santa Forgot was amazing, especially when it was competing with big retailer adverts trying to get us to spend money on presents. It showed me that dementia is so close to so many people’s hearts and that Christmas is still a time for good deeds. I know my dad would have been proud of my role in the animation and I hope people share its important message again this year.”

Hilary Evans, Chief Executive of Alzheimer’s Research UK, said:   “The fact that dementia has become the UK’s leading cause of death this month is a stark reminder why the messages in Santa Forgot are just as important this Christmas as they were last. We know that although our scientists are making great strides, we have a long way to go to catch up with developments already benefiting people with other major health conditions. We must support research to change the lives of people with dementia, and by starting a conversation about dementia, donating to research or volunteering to take part in studies ourselves, we all have it in our power to consign dementia to the history books.”