This Women’s History Month, Wieden+Kennedy Delhi reveals a provocative campaign for India’s largest airline, IndiGo. With a series of zines that feature in a special edition of IndiGo’s in-flight catalogue, the #MarchOn campaign has been live at airports and on social media ahead of March 8, International Women’s Day. 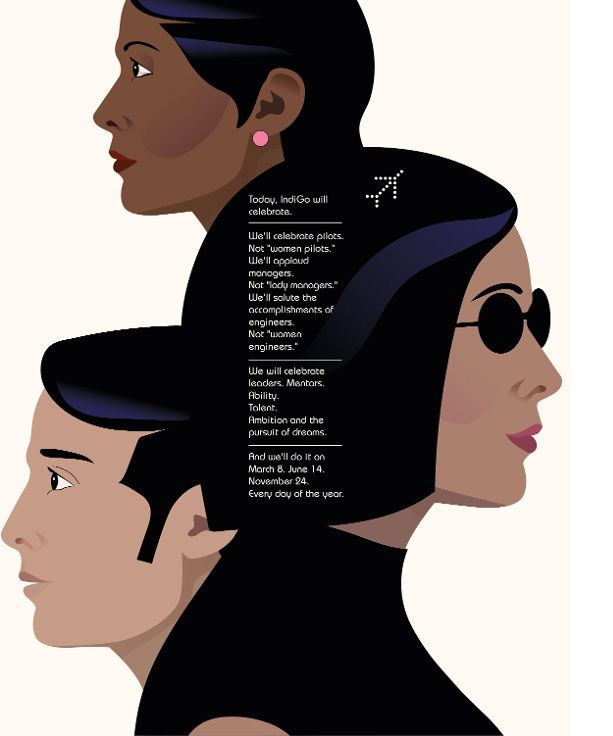 Each zine addresses a prevalent cultural norm or attitude regarding gender roles, and aims to normalise the conversation surrounding equality. “From debunking the idea of ‘allowing’ women to work to commenting on how women should really look, these zines portray the ideal situations in a matter-of-fact manner,” says Nainan Chopra, writer.

The campaign draws inspiration from the universal theme for International Women’s Day 2018,

#PressForProgress.  A strong call for action, #PressForProgress  encourages people, companies and organisations to involve more people in dialogue and discourse as a means to get them to think and act in a gender inclusive manner.

“We’ve used insight from everyday situations that women find themselves in, and turned those into conversation-starters,” says Malavika Sharma, senior writer. “And the conversation we hope to generate will establish equality as a habit and an expectation.”

“Women’s Day deals with the most fundamental notion of equality. It was that spirit that shaped the concept our comic strips. The illustrative approach and design flows from the sheer simplicity of the storytelling, to reflect how normal these situations truly are,” says Sheehij Kaul, senior art director. These everyday stories are both shareable and relatable. They will be seen by 140,000 IndiGo passengers each day, in addition to the airline’s social media following. The campaign will extend beyond March in subsequent issues of the in-flight catalogue and on social media.