Hey Girls UK is a social enterprise that tackles period poverty by donating a pack of sanitary pads to girls in need for every pack it sells. 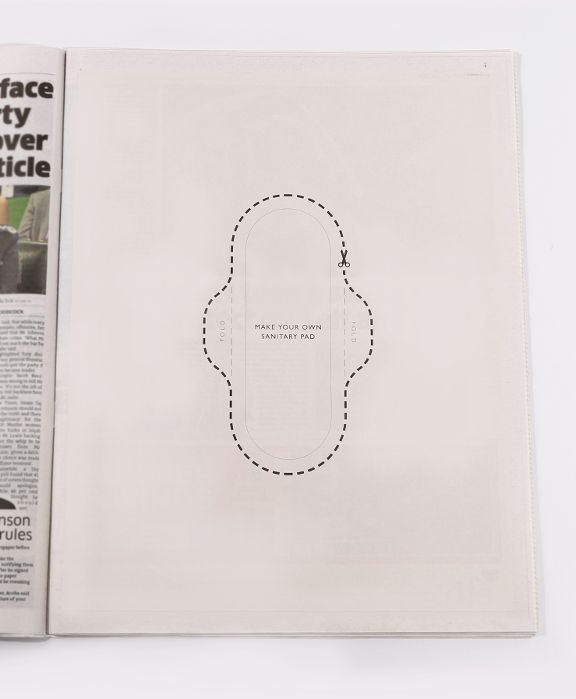 To coincide with the brand’s launch in Waitrose and Asda stores, adam&eveDDB has created a press campaignthat promotes Hey Girls and its mission.

The two-sided print execution is designed to stop readers in their tracks by inviting them to cut out their own sanitary towel.  The second page goes on to reveal the shocking reality that 1 in girls 10 in the UK cannot afford sanitary products, so every month have to resort to using loo roll, socks, or even a newspaper such as the one in the press ad.

Mat Goff, CEO says: “Period poverty is a degrading inequality which sees girls right here in the UK left to improvise.  When we met Celia and the team at Hey Girls we knew we wanted to get involved and help shine a light on their social enterprise approach to ending period poverty in the UK.”

7Stars who have also offered their support for Hey Girls, have secured media placements in newspapers to help raise awareness.

Hey Girls environmentally friendly products are affordable and bleach-free as well as being comfortable and effective. Everything is ethically sourced and all profit goes towards helping women and girls in need.

The brand was founded by Celia Hodson, who was just about to retire from a lifetime working for social enterprises and charities when her two daughters encouraged her to set up the company.

Hodson says: “The lack of appropriate menstrual protection has an impact on school attendance, participation in sports and self esteem. Getting Hey Girls period products in front of supermarket customers lifts the lid on period poverty and showcases ways in which consumers can make a difference through their purchasing power, every month.”

“We wanted people to be shocked [when they saw the ad] and take a moment to stop and think. One in ten girls in the UK can’t afford sanitary protection – the thought of having to fashion a pad by scrunching up paper or socks and putting it in your underwear instead of wearing a suitable product is an awful one. People think that this is something that only happens elsewhere in the world, but it’s also happening right here on our doorstep, in the UK. It’s a shocking thought, but it’s happening.”