Facebook have continued moving forward with their attempts at transparency following the revelations that they were used as a tool by Russia to influence the US Election.  They have released a new post which highlights their new plans to let people be more aware of the sites they’re following:

“A few weeks ago, we shared our plans to increase the transparency of advertising on Facebook. This is part of our ongoing effort to protect our platforms and the people who use them from bad actors who try to undermine our democracy.

As part of that continuing commitment, we will soon be creating a portal to enable people on Facebook to learn which of the Internet Research Agency Facebook Pages or Instagram accounts they may have liked or followed between January 2015 and August 2017. This tool will be available for use by the end of the year in the Facebook Help Center.

It is important that people understand how foreign actors tried to sow division and mistrust using Facebook before and after the 2016 US election. That’s why as we have discovered information, we have continually come forward to share it publicly and have provided it to congressional investigators. And it’s also why we’re building the tool we are announcing today.” 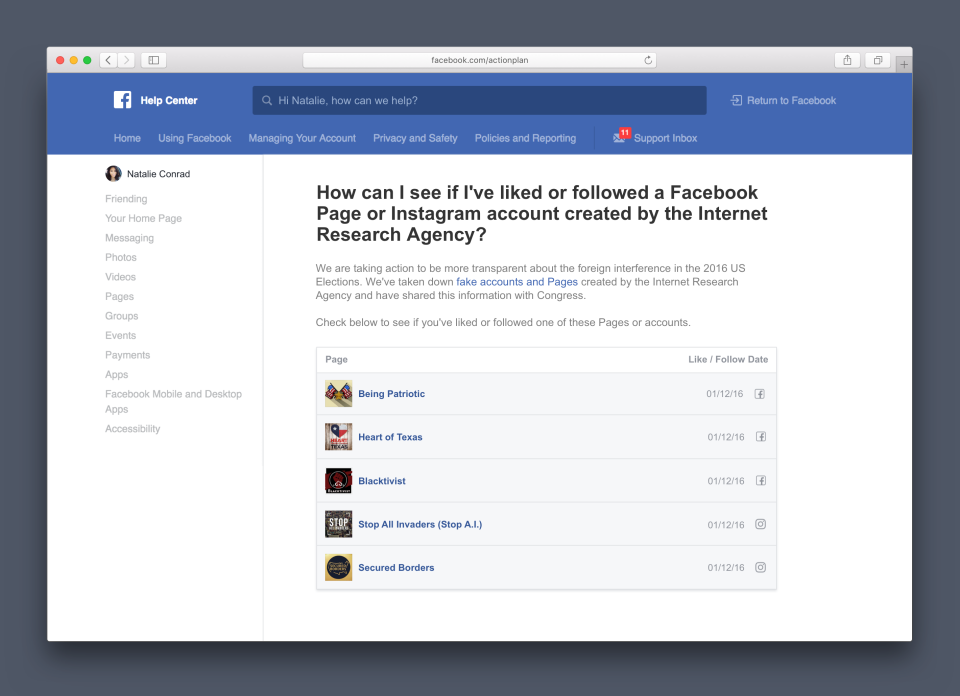 It is good to see Facebook continuing to work on the transparency of their platform.