For those people who do not know you could you explain a bit about yourself and your background? 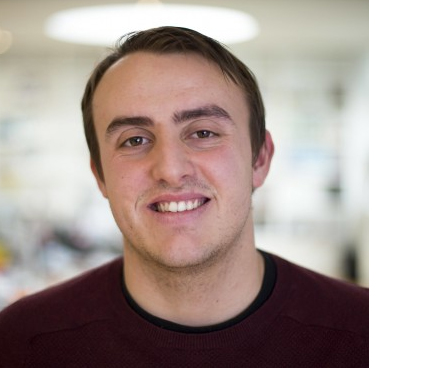 I am an aspiring journalist and politician, with a long-term aim to take my knowledge of communications into the political sphere. Having graduated from the University of Bedfordshire with an Honours Degree in journalism, I took my first post-graduate position with Space City Productions. Having seen a small company with a minimal marketing output, there was great potential to foster growth for the company and my own skills through a more consistent communications plan. I hail from a working class background in Milton Keynes, where I remained as I studied locally. I continue to live in the area as I commute into London to work for Space City.

Could you tell us about Space City Productions?

Space City Productions are a TV advertising production company/agency based in Hammersmith, London. Having begun trading back in 1992, they established themselves as one of the UK’s leading producers of TV and radio adverts, producing the first ever price comparison site commercials and making more adverts than any other company since 2000. Believing in the philosophy of brand response – combining the principles of direct response and brand awareness advertising – Space City creates concepts that are original and diverse, ensuring that the society being advertised to is being reflected. Whether it be an animation or live-action-shoot, the company has sought to deliver ads that exploit its musical past – utilising jingles that can drive the call-to-action of the commercial, with an overall emphasis on indexation, memorability and response. Having a completely autonomous facility ensures that everything can be undertaken in-house, saving on costs and time.

Ethical marketing, whether our own or our client’s, is imperative to not just business success, but empowering society too and encouraging competition. Looking at the entire subject scientifically, without the usage of ethics in marketing, a culture of distrust and resentment proliferates. From the business perspective firstly, companies enjoy 70% increases in optimal business effects by empowering their consumers through the implementation of new ideas, or at least more moral principles. By perpetuating existing stereotypes or practises a culture of stagnation will pervade the industry, thus stifling competition, spending incentives and capital growth. From a societal perspective too though; by simply including those previously neglected or ostracised by advertising and marketing, just a golden rule approach to the entire production process will ensure of economic stimulus and willingness to engage in society. Overall ethical marketing and by extension, all communication, is paramount to the efficient operation of a progressive and successful society and economy – encouraging social mobility and empowerment ensures that everyone is therefore ubiquitous, consequently eliminating dysfunctional elements of society through incentive rather than admonishment.

Are there any ethical marketing campaigns which have really stood out for you, either ones you have worked on or others you have seen?

From a company perspective, our campaigns for SkinBase and Baker Ross were particularly weighted towards instigating true social change. In advertising, the most successful adverts are ones that connect with consumers emotionally and provide the tone that normalises the campaigning, ensuring that it can be related to their own life. With the former we focused on dismantling issues regarding equality and representation, by creating a campaign centred around an individual (the viewer), but shifting between other women of varying ethnicities, ensuring that a sense of belonging equilibrium was established between anyone – fostering accessibility and empowerment through a product. In the case of the latter the onus was more on reflection: delivering on our own advertising quotas. Internally we are acutely conscious of producing a balanced overall advertising portfolio, with a clear focus on ensuring not only the creatives are honest, credible and virtuous, but the acting talent is reflective of technology. Overall ethical advertising has to be delivered from TV down, with the physical appearances key to mitigating any societal dogma that persists. Maltesers have also produced a wonderfully authentic and empowering campaign that also became their best performing creative of all time – all through the implantation of utilitarian, golden rule principles.

Above is the advert for the BHF we talked about previously.

You guys have created some ads we will all have seen, do you see big changes in the way that ethics has started to matter in advertising?

Definitely, with the rise in granular data and behavioural tendencies of consumers on and offline, a paradigm shift has occurred in relation to how advertisers have to formulate and prepare their campaigns. Historically, without the data to support changes in tact, the tried and tested was perennially recycled, stymieing growth and innovation, leading to the unethical, opaque advertising practises we see permeate through online advertising. The lack of deontological theory employed in their practises has lead to a haemorrhaging of consumer trust, with concerns raised over their privacy and threats of fraud. Ultimately the catalyst for change has been enacted as a result of budgets being marginally withdrawn from Google, Twitter and Facebook, yet they remain complicit to their hypocrisy in practise, with targeted advertising seen as a means of creating more relevant advertising, while that very directive has led to declining efficiency and consumer trust. Thus when businesses start to look at their actual expenditure you will see increased onus on transparency and video advertising that is appraised and cleared by unbiased bodies. With our own ads we always seek Clearcast approval, ensuring that all claims made are substantiated and the integrity of ourselves and clients is upheld.

If you could see one change in advertising as a business, what would it be?

The removal of bureaucracy. With so many intermediaries providing barriers to efficiency and lower costs, advertising needs to inhabit more honesty and diversity for it to survive. Many businesses are taking their operations in-house to save money, yet so much could be saved by utilising companies like ours that mass produce myriad creative annually. Ensuring of codes of conduct that instil transparency will eliminate the arbitrary processes that currently cause confusion and consternation in the clearance process. With one generic body and authority, the clarity regarding the basic expectations of advertising ensure that the industry can flourish globally. With barriers removed, costs can be lowered and a globally ethical advertising sphere can be fostered, improving trust and understanding through awareness.

We live now in a world of alleged ‘fake news’ and greenwashing do you think there’s now an important role in Advertising to be more honest to counteract this?

Yes. At a time where rhetoric and intention is superseding actual facts, we live in very volatile times indeed. With such little clarity and distinction it is no wonder consumer trust has waned. Through increased onus on substantiation and accountability for claims made, the pernicious plague that is fake news and advertising can hopefully be arrested and eliminated. Advertising can be particularly dangerous in this instance. Without such accountability – like fake news outlets – influence can be leveraged emotionally, interpolating consumers towards rhetoric and not fact. Therefore it is a necessity for advertising to become universally accountable for its actions, with partnerships also a beneficial means of mitigating the increasingly divisive news and advertising divides that have swelled.

What do you think the future for advertising is?

The future ultimately has to be fact driven, with onus on innovation and almost news driven advertising that is underscored by human interaction. This element of advertising is the most lucrative and fosters the most trust, therefore as the colossus that is data consumes all the latest innovations in display, measurement and automation, basics needs to be remembered regarding honesty, integrity and mobility. The ads should be based around development and not just offers; this bracket of advertising has driven efficiency down in recent years: regardless of the collaborative or technological advancements, competition has to be proliferated once more to break the increasing duopoly of Facebook and Google.

Has there been any company or person who has influenced and inspired your choices? 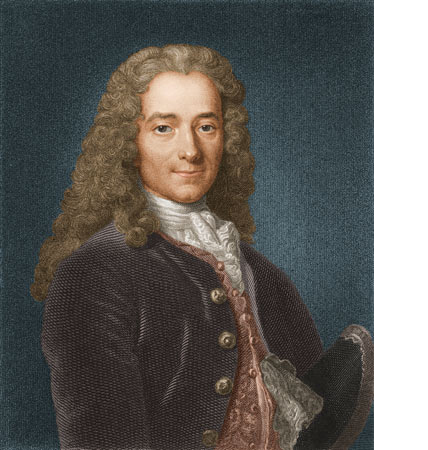 Personally I have been inspired the great fact-based innovators and thinkers like Voltaire historically, but contemporarily the political work of Ben Shapiro in the United States. Ultimately those who place commerce alongside ethics in their thought processes and functionality in order to create a narrative challenging society that is immersed in debate and new ideas, ensuring the world progresses. Company-wise, the work of Space City has inspired me to remain and fight for its growth. As a business the company is staunchly ethical across both golden rule and utilitarian principles. In order for productivity to increase incentives are rife within the business, stemming from complimentary food and drink, to annual bonuses. Such principles are driven towards creating a true meritocracy where everyone can immerse themselves in the roles and responsibilities of colleagues; improving knowledge and confidence in overall ability.

What’s next for you and the company?

I strive to further Space City’s exposure and profile in the advertising sphere and beyond, looking at failings in ethics and efficiency to create a more amiable and conciliatory advertising environment, while also potentially dovetailing my work with an increased political involvement. For the company it is all about continually evolving. With the processes of copy rotation and sending copy to the increasingly diverse means of broadcast it means remaining proactive, continuing in the current trajectory that ensures an innovation-intense approach. With my own work hopefully awakening our partners, Space City can be more widely known as proponents of ethical, progressive advertising – while also continuing to rise up the Campaign Live Agency Rankings.

Are there any campaigns you wished you had worked on or would like to work on it the future, any companies who you look at and just like what they’re doing?

It would have been fascinating to work on the unfairly contentious Dove campaign. Although well intended, some were deeply repulsed by the execution of the concept, which was entirely well intended. Being able to execute this seminal ad effectively would have provided a perfect platform for progression; alas the execution ultimately let it down. In the future it would be great to work with more larger brands, ensuring that their often negative labels can be exonerated by ethical practises, which ultimately leaves them facing the enmity of many.

For those without experience of it, sell us Space City Productions for those who are looking for a service like yours.

If you are looking to gain expedited short and long-term sales potential and brand exposure, Space City continues to provide the original solutions to perennial problems. Utilising a complete portfolio of facilities, the company has continued to deliver cost-effective solutions that ensures TV, online and radio advertising is accessible for companies of all sizes and ages. Having launched start-ups like Moonpig, GoCompare and MoneySupermarket to national acclaim, no business should be tethered by temporal capacity.

Thanks Mark for an interesting interview, please check out the Space City website at https://www.spacecity.co.uk/   Most images and videos in this article are (c) Space City Productions.

One Thought to “Interview with Mark Hughes of Space City Productions”