In January, 2015 Sport England launched their ‘This Girl Can’ Ad campaign. The original This Girl Can aimed to break down the barriers that prevent women and girls from participating in sport and physical activity.

It was stated at the time that oneof the main barriers that contributes to the 1.9 million gender gap in participation is a fear among women of judgement when taking part in sport and physical activity. In 2017, they relaunched the campaign with this:

The new TV ad was released on 24 February, and featured  the late Maya Angelou’s reading of her poem “Phenomenal Woman”. The new campaign has been devised for Sport England by original “This Girl Can” team of FCB Inferno and director Somesuch’s Kim Gehrig.

The new campaign also includes an app where women can upload a picture of themselves exercising and overlay one of the new campaign mantras. Sport England will then select a few to be shown on digital out-of-home screens in shopping centres across the UK.

The ads were funded by the National Lottery. The new ads wre devised utilising research conducted during and after the previous campaign revealed three targets for the 2017 roll-out:

“This Girl Can has made a real difference since it launched, with the number of women doing regular physical activity and sport now at an all-time high. But there’s a lot more to do,” said Sport England CEO Jennie Price. For the second ad, the message “is something women don’t usually hear: it’s OK to take a break, to have a week off, to walk not run. It can feel like the hardest thing in the world to return … when you fear you’ve lost ground or fitness, but we want to surface this as a discussion point, to say it’s normal to take a break, but that needn’t stop you for good.” 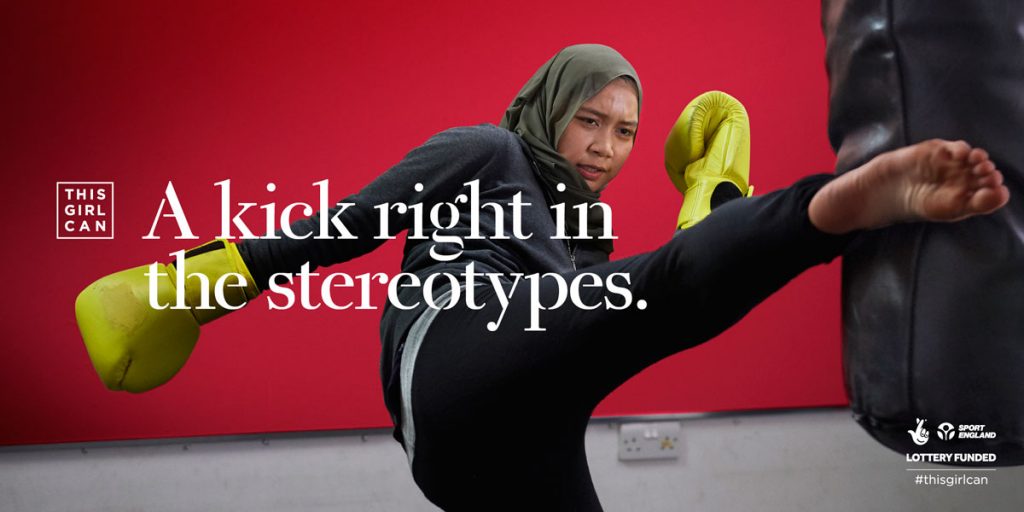 According to an independent study from TNS BMRB, the original ‘This Girl Can’ campaign influenced 2.8 million UK women into engaging in a more active lifestyle in the first year since its launch. The Telegraph reported that ‘The videos were viewed more than 37 million times on social media and 540,000 women and girls have joined the This Girl Can online community, as well as the ads reaching 110 countries in the world.’.

Jennie Price. “This Girl Can has made a real difference since it launched, But there’s a lot more to do. The gender gap still exists.”

If you are in the UK there is a programme on BBC Iplayer about the campaign for the next 2 weeks (until the 18th March 217):

The “This Girl Can” Campaign is seen as one of the pioneers of Femvertising. SheKnows Media coined the term “Femvertising” in 2014. It is advertising that employs pro-female talent, messages and imagery to empower women and girls.

Please check out the campaign and the associated pages to see the effect this campaign is having.

Case Studies on the Original Campaign