Recycle Now, the citizen campaign delivered by environmental charity WRAP, believes trials it conducted with Boots and Radox using on-pack messaging to encourage recycling could drive up plastic recycling in millions of households, and help nudge up the UK’s flagging recycling rate. 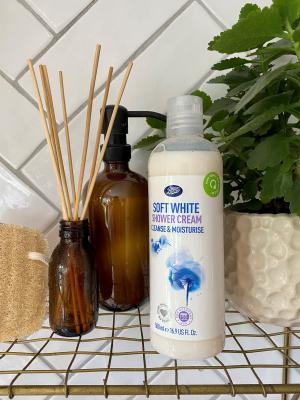 From trials undertaken with both retailer and manufacturer using plastic bathroom bottles, Recycle Now found that the addition of a simply worded prompt to recycle on front of bottle resulted in a significant rise in recycling. This showed a 91% recycling rate for those who received a bottle with the message, compared to 86% who received bottles with no messaging.

Furthermore, when asked why they had recycled the bottle half of people who said they usually don’t recycle shower bottles referenced the messaging as the reason for doing so.

The organisation believes these trials are the first to demonstrate clear behaviour change resulting from this type of subtle message intervention.

“With Recycle Week in full flow this is the perfect time to unveil this important pilot, which could help increase recycling in the UK. The messaging is a simple prompt to recycle the item, but we’ve shown it’s an effective nudge on a key product that’s often overlooked and ends up in the bathroom bin. We believe this type of intervention has the potential to be applied to a huge range of products and can suit any brand and corporate identity.” 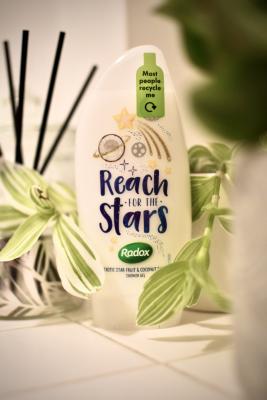 Monique Rossi, Marketing Director, Beauty & Personal Care, Unilever UK & Ireland said, “As part of our efforts to make all our plastic packaging recyclable, we were pleased to work with WRAP and Recycle Now on the trials. It is extremely encouraging to see the impact these messages can have and the potential for them to encourage people to recycle more.”

The trials tested messaging developed by WRAP’s behaviour change unit on both Boots’ Soft White Shower Cream and Radox, which carried the message ‘most people recycle me’ and the Recycle Now logo on the front of the plastic bottles. As well as standard OPRL (On Pack Recycling Label) on the reverse.

Inspired by the success of the pilot, WRAP’s behaviour change unit has designed and tested a range of messages that resonate with the public. WRAP and Recycle Now are keen to take forward this work and discuss this approach on more products.

The announcement today follows news from Recycle Now that over half (55%) of UK households routinely put one or more items that could be recycled into the general rubbish, while one in three people who regularly purchase bathroom plastics occasionally put these in the household bin. 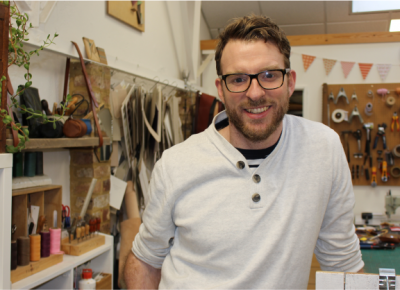 The campaign is currently running its annual nationwide week of action Recycle Week until Sunday 26 September. This is supported by JJ Chalmers, the Invictus Games athlete and TV Presenter who’s partnered with Recycle Now to encourage the nation to ‘Step It Up’ this Recycle Week.

Message on a bottle

WRAP today publishes a new report On-pack Labelling and Citizen Recycling Behaviour detailing these trials. The report brings together the new research with an assessment of existing studies on the effectiveness of on-pack recycling information in encouraging recycling. It highlights that consumers typically spend no more than 10 seconds examining on-pack labelling when purchasing or reviewing recycling information. Overall, evidence shows that recycling labels influence consumer disposal behaviours at the point they no longer want the packaging, and these subtle nudges help direct action.

To maximise this tiny window of opportunity, Recycle Now and WRAP recommend messaging be prominent on front of pack to nudge people towards the recycling information.