The Welsh are more likely to respond to large charity appeals in the run up to Christmas than the UK as a whole, according to new research into charitable giving in Wales.

The Charities Aid Foundation (CAF) has released its inaugural Wales Giving report for 2019, offering insights into how people across Wales support charities.

The report, which adds to CAF’s annual World Giving, UK Giving and Scotland Giving reports, found that people in Wales were also more likely than the UK as a whole to have participated in a charitable or social activity in the last four weeks (67% versus 64% for the UK as a whole).

However, the number of people claiming the Gift Aid tax credit for charity in Wales – which can add an additional 25% to the value of their donation – is lower than the UK average (47% vs 51%) and the average amount of money donated in Wales was lower than the UK as a whole, likely a reflection of lower average wages in Wales. 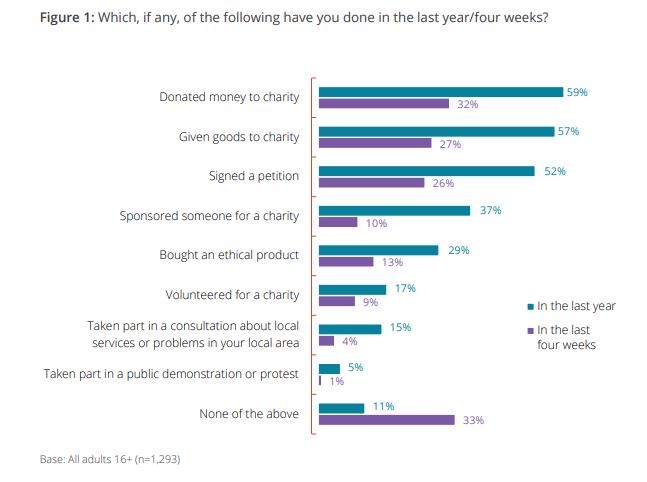 Other key findings include:

“This first dedicated Wales Giving report gives us some terrific insights into the generosity of people in Wales and helps us better understand how and when they give.

“This research tells us that the Welsh give big in response to the big charity appeals in November and December, but I’d say charities have to work to raise awareness of the incredible benefits of claiming Gift Aid on all of that generosity to make that money go even further.”