These striking black and white images show the parents, partners and loved ones of people with cancer seconds after having all their hair shaved off – in a bid to help others with the disease.

The emotive portrait series by world-famous Rankin, who lost his mother Anne to lung cancer in 2005, captures the poignant stories that drive Macmillan Cancer Support’s Brave the Shave campaign.

The fundraiser sees thousands shave their heads in support or in memory of people affected by cancer and raises millions of pounds to enable the charity to help even more.

Rankin, who has worked with the likes of Kate Moss and Heidi Klum, invited eight people with loved ones affected by cancer to his London studio for the shoot.

He spent the day photographing, filming and interviewing them about the personal experiences, which have inspired them to Brave the Shave. 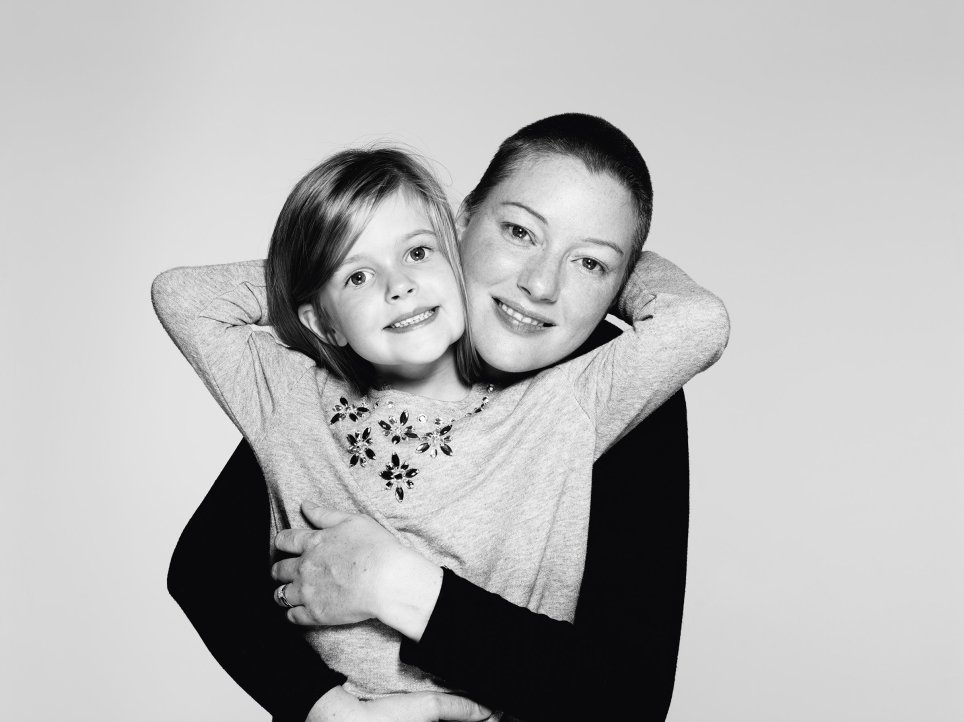 Among those photographed were 39-year-old Jenny Deverell and her five-year-old daughter Seren, who was diagnosed with a children’s cancer, known as Wilms’ tumour, after doctors found a tumour the size of a pineapple on her kidney.

The mother of two from Chester, Cheshire, first noticed a small lump under Seren’s ribs one morning when she complained of stomach ache as they ate breakfast.

Married Jenny, who also has two-and-a-half-year-old daughter Nia, said “I took Seren straight to hospital but she had no other symptoms, so the doctors thought it might just be a swelling. But after a day of tests, we were told the worst news imaginable.

“Seren has a large tumour on one of her kidneys and a smaller one on the other, so she is having chemotherapy now.

“Thankfully the treatment is going well, shrinking the tumour by up to 40% so far, but it is likely she will require more, as well as surgery and possibly radiotherapy.

“It is a real tough time for the whole family but Macmillan has been absolutely fantastic, and this was a great experience for Seren and our family.”

Graphic designer Keith Wood also got in front of Rankin’s camera to have his hair and long beard shaved off in memory of his wife Emma, who tragically died last year at the age of 36. 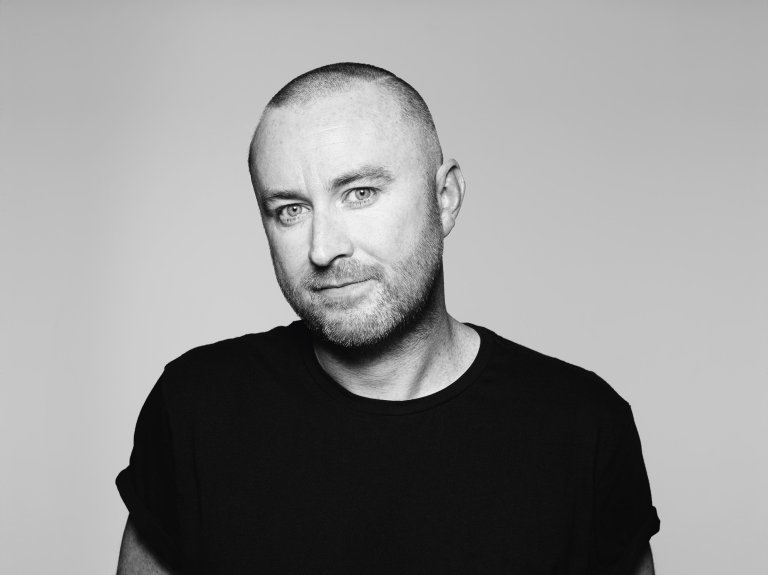 She was diagnosed with a brain tumour after a routine eye test detected an abnormality in 2011.

Her 38-year-old widower Keith, from West Malling, Kent, said: “Macmillan was there for us every step of the way and she thought it was incredible that men and women took part in Brave the Shave out of choice to help others, so I knew it was something I had to do.

“She hated losing her hair and even postponed radiotherapy until after our wedding day because she was worried about how she would look. But she always looked beautiful to me.

“Emma knew how much I loved my beard and I know she’ll be watching down on me and laughing at my new look.”

Tearful Victoria Henderson, 43, had her head shaved by husband Mark, who was diagnosed with oesophageal cancer in April. 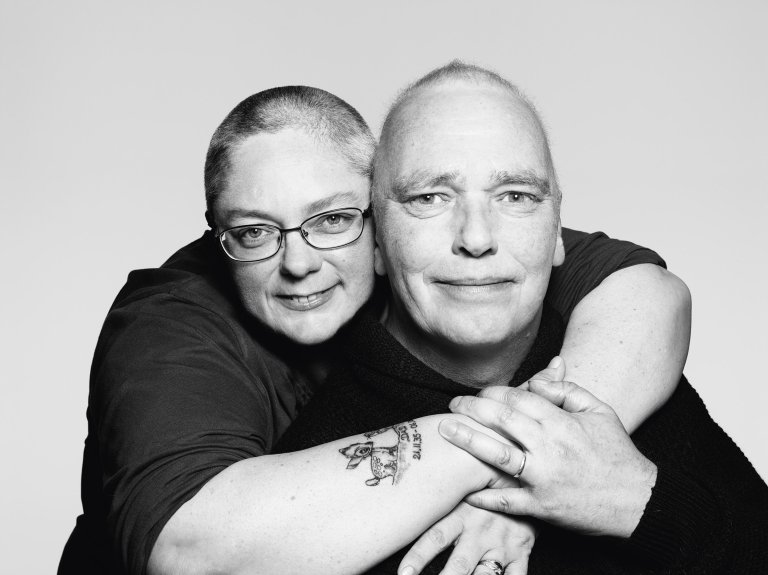 The software developer is currently undergoing chemotherapy to reduce the size of the tumour, which he discovered when he began having difficulty swallowing his food in April.

She said: “I lost my dad to this horrible disease and six months later I had the terrible news that my husband also has cancer.

“Macmillan has been an amazing support during the toughest times and I know they will always be here for us.

“I wanted to do this so I can help even more families going through this get the support they need.”

Mark, 50, added: “I am so proud of her for doing this. It was an emotional day for us all but she was incredible.”

Burlesque dance instructor Kerry also took part in a bid to feel less ‘helpless’ after her 14-year-old son Kane found a cancerous lump in his neck in June, while scratching an itch.

The teenager was diagnosed with follicular thyroid cancer, a rare form of the disease, and has since had chemotherapy and an operation to remove the tumour.

Kerry, 42, from Edlington, Doncaster, said: “Kane has never complained. He has been so strong, whereas I don’t think I have ever felt so helpless in my life. 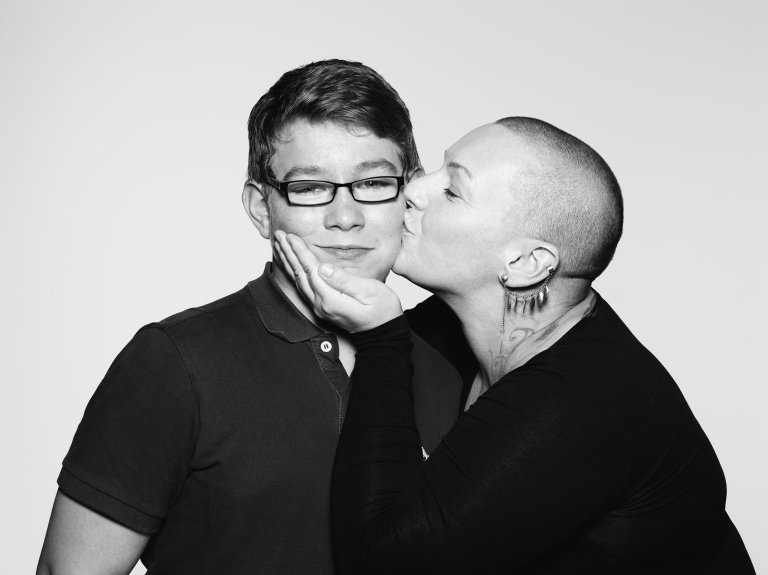 “As his mum, I’m supposed to be able to make it better and I can’t, so I decided to help in a different way. If I can’t fix Kane, I can help people to help others.”

More than half (55%) of the 23,000 people who took part in Brave the Shave last year had seen the impact cancer had on a loved one and wanted to do something to make a difference.

Rankin wanted to showcase these emotive reasons behind the campaign, which has raised over £12.6m to fund the emotional, financial, medical and practical support for people affected by cancer since it began in 2015.

He said: “This was an incredible project to work on and one very close to my heart.

“I know how hard it is to watch someone you love go through cancer from the side lines. It can make you feel totally helpless.

“Everybody who stood in front of my camera was there because someone they care about deeply has been impacted by cancer – and as a result, they have too.

“But their Brave the Shave means Macmillan Cancer Support can be there for millions more people affected by cancer and their families, and I am in awe of them for that.”

Macmillan fundraising manager, Lisa Shorter, added: “These portraits convey the moving and personal reasons we know drive people to sign up for Brave the Shave every year.

“Not everyone can run a marathon or climb a mountain, and Brave the Shave is another way to help the millions of people diagnosed with cancer each year, and we are so grateful to everyone who takes part.”