The Wayback is a virtual reality film series designed to help those living with Alzheimer’s and their carers. The free to use resource harnesses the power of the latest Virtual Reality technology, allowing those living with the condition to fully immerse themselves in moments of the past.

Developed with advice from leading experts in dementia care, ‘The Wayback’ is designed to stimulate memories and take viewers back to a time when they didn’t have the degenerative disease.

The pilot film focuses on the Queen’s Coronation on June 2nd, 1953.  Producers painstakingly recreated moments from that day in North London this summer.  They focused on anything that might spark a memory – clothes, food, conversations and scenes that anyone who lived through it 60 years ago would find familiar.  They then captured the day’s events with the latest camera technology so that viewers would be able to fully immerse themselves in a virtual environment. 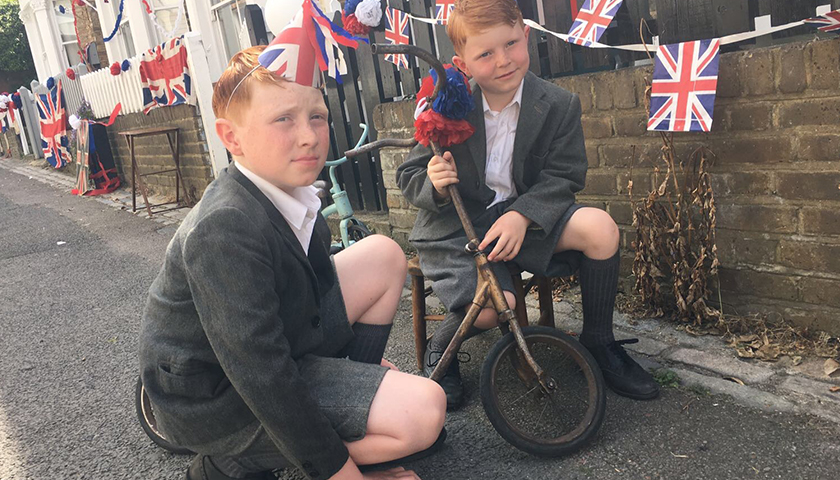 It was produced by a creative collective from Thomas Thomas Films in partnership with MPC, 750mph, The Quarry and Grey London.  After seeing friends and family living with the condition, the friends crowd-funded £35,000 from nearly 250 backers to help get the project off the ground.

Developing the project, the team consulted with care professionals and Dr David Sheard, a leading expert in dementia care and reminiscence methods, who said:

‘The Way Back virtual reality film offers those living with dementia the opportunity to live in the moment, to go back in time and to just ‘ BE ‘ again.People don’t just remember their past memories they feel the emotions that went with them. The Wayback enable families to see the person is not lost to dementia but able to still experience and feel being who they were – and share those memories with them’

Charlie Hoare, Managing Director from Huntington House & Langham Court wrote after sharing the experience with the residents:  ‘When we shared it with the residents for the first time, you could visibly tell that they were being flooded by emotion; smiling and laughing at happy memories of familiar times. Dementia can leave you feeling unsure about every situation you find yourself in, but being immersed in familiar moments when the dementia didn’t exist, such as watching the Coronation on a black and white TV, seemed to instil a feeling of certainty and security.’ 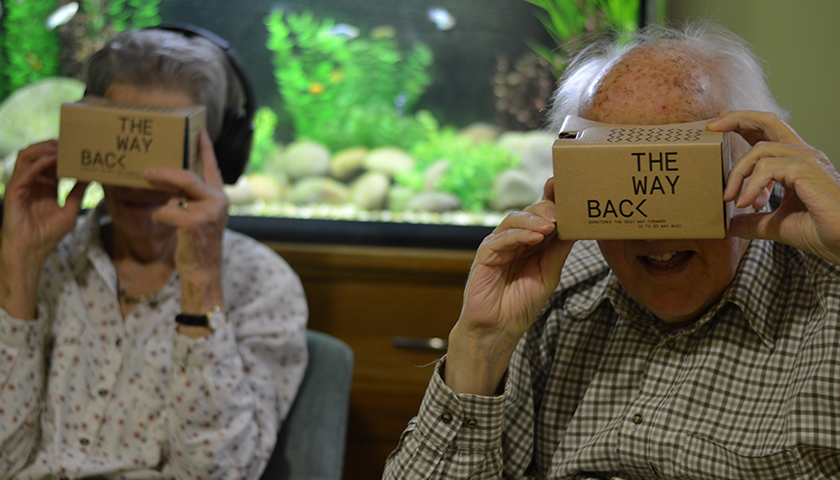 Dan Cole, a creative on the project, added: ‘For those caring for someone with Alzheimer’s & Dementia, sometimes the only way forward is to go way back. As a group of friends who have watched our own loved ones live with Alzheimer’s & dementia, The Wayback is simply a tool we wished we’d had at the time. Thanks to everyone on Kickstarter and our generous and talented partners, that wish is now a reality for others.’

‘The Wayback’ is available FREE on the App Store (and shortly on Android) for anyone to download and share with their loved one at home. It is also available for care homes to use freely as a reminiscence tool. A shortened version of the film plus further content exists on ‘The Wayback VR’ Youtube Channel, and at www.thewaybackvr.com

To make more films in The Wayback series, including recreating a moment from the 1960’s and 1970’s, the team are currently inviting further partnerships, funding and investment